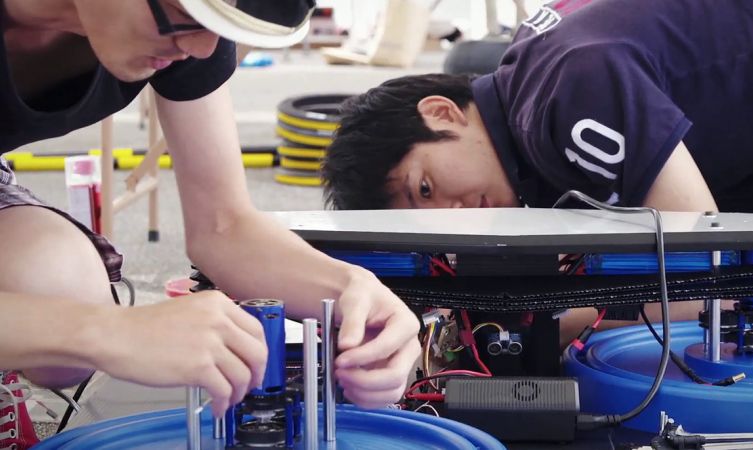 Believe it or not but the time-travelling film sequel Back to the Future Part II was set in the year 2015. While some of its predictions, such as virtual reality-style glasses and flatscreen televisions, have come true, one of the movie’s most intriguing gadgets – the hoverboard – has proved extremely difficult to develop.

Some hoverboard concepts have generated powerful magnetic fields to make their devices levitate but that means they can only work on metalled surfaces. In contrast, members of the Toyota Engineering Society (TES) in Japan have put their heads and collective talents together to build a compact and sophisticated ‘Future Board’ that uses high-pressure air to make it hover.

Watch the video below for when we caught up with the team in the few days surrounding the debut of this concept at the annual TES Festival.

WHAT IS THE TOYOTA ENGINEERING SOCIETY?

Founded in 1947, the Toyota Engineering Society is an informal, out-of-hours organisation for Toyota employees interested in the study of technology. Its purpose is to increase knowledge and enthusiasm for future mobility technologies while simultaneously promoting friendship, craftsmanship and team-building. The annual TES Festival is the event in which each team’s project make its debut.