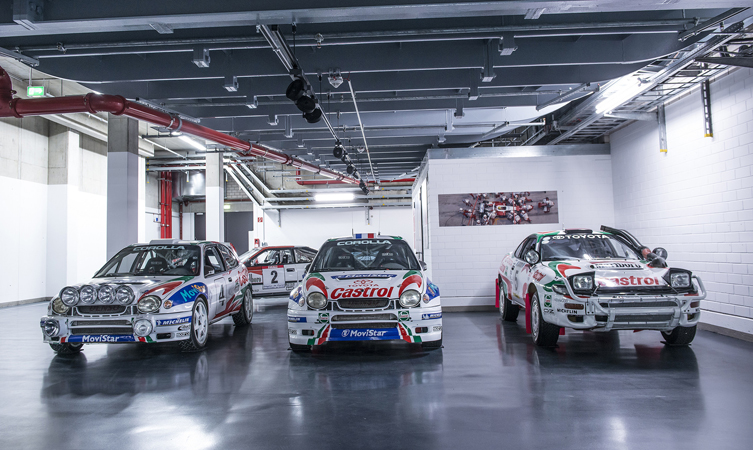 Toyota was a dominant force in the World Rally Championship through the 1980s and ‘90s, with a succession of competition rally cars that brought home a grand haul of victories and driver and manufacturer championships. The finest examples from its 25 years at the pinnacle of the sport are kept in pristine condition in Toyota Motorsport’s historic collection.

Photographer G.F. Williams recently gained special access to the collection, giving him the chance to capture some of the finest representatives of the cars engineered by Toyota Team Europe, the forerunner of today’s Toyota Motorsport (TMG).

They include the legendary Celica TA64, from the era of super-powerful Group B rallying, and successive versions of the Celica GT4, Toyota’s first all-wheel-drive rally car and the machine with which Carlos Sainz secured the 1990 drivers’ championship.

The last days of Toyota’s works involvement in world rallying are represented by the Corolla WRC, while the rarities include an MR2-based Group S concept that was destined never to compete.