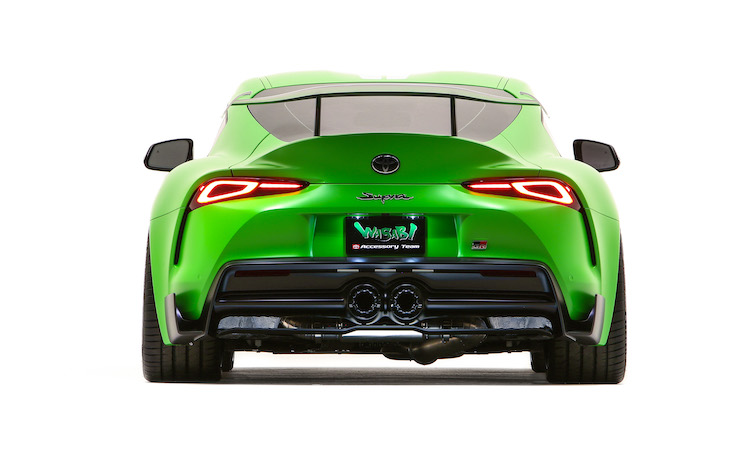 GR Supra Wasabi Concept. What a great name for a sports car that looks like it is able to knock your socks off. And yet despite offering all the visual hallmarks of a feisty, track day star, the expressed purpose of this wasabi green concept is to demonstrate how the new GR Supra could be modified by the proverbial man on the street.

Displayed at the recent SEMA tuning and styling mega-show, the project was devised by Toyota USA’s official accessory division. It is a vision of how the new GR Supra could adopt sanctioned, aftermarket products to enhance performance without compromising its personality or functionality. Public response would be carefully analysed to help the team make plans for the development of future products… or even an official ‘factory-tuned’ version of the Wasabi Concept.

Penned by the Five Axis design studio, elements of the Wasabi Concept’s aero package initially look like factory components. But the splitters framing the lower bodywork actually exaggerate the originals and include additional downward-facing elements that isolate the downforce-inducing air travelling under the car from that passing along its flanks. 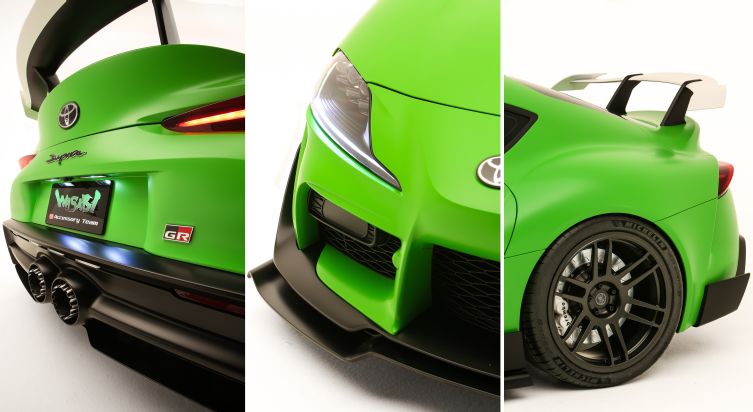 Examining the rear reveals a high-level spoiler standing proudly above the ducktail boot line. It is painted in contrasting white, providing a visual continuation of the racing stripe running across the roof and bonnet. Although the eye-level placement of the spoiler demands your gaze, there is an additional detail below that is equally impressive. 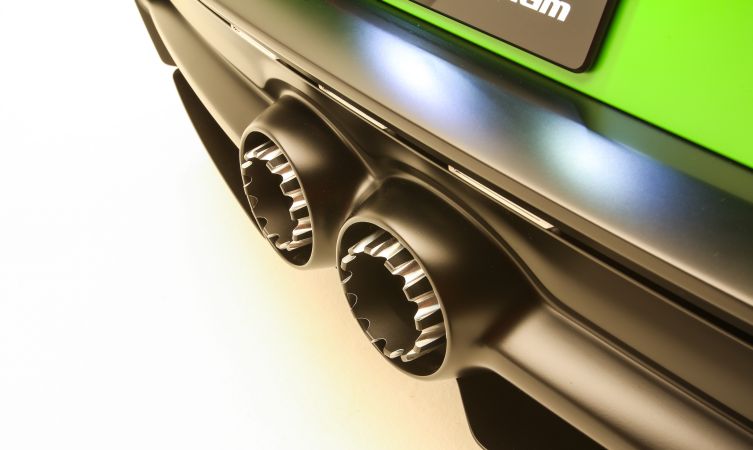 The lower rear fascia has been redesigned to integrate the dual outlets of a new four-inch diameter ‘Super Single’ exhaust system into a prime, central position. Admittedly, the quirky design of the tailpipes reminds us of cookie cutters and their placement deletes the afterburner-style reversing light, but the simplified routing should improve the engine’s breathing ability and therefore power potential.

Motorsport-inspired forged alloy wheels create a bold impression down the sides and wear the original Toyota logo in the centre caps. Their carefully specified, staggered widths (10×20″ front and 11×20″ rear) and staggered offsets (ET23 and ET30 respectively) fill the GR Supra’s bulging arches to capacity yet manage to reduce the unsprung weight of the wheels for improved handling and feedback. 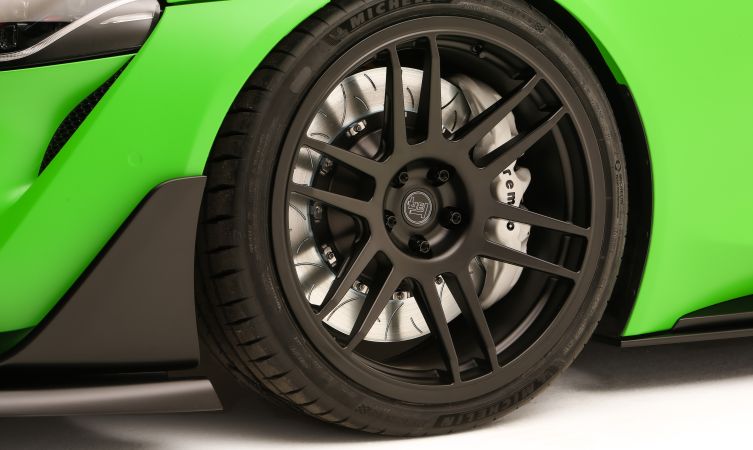 That perfect arch-to-wheel framing comes courtesy of Öhlins Road & Track coilovers. Adjustable for height, compression and rebound, their inverted monotube design and dual flow valve damping technology manages to strike that fine balance between race car ability and road car comfort. Helping to maintain the optimal geometry of the front struts is a brace connecting four sides of the engine bay like a cat’s cradle. 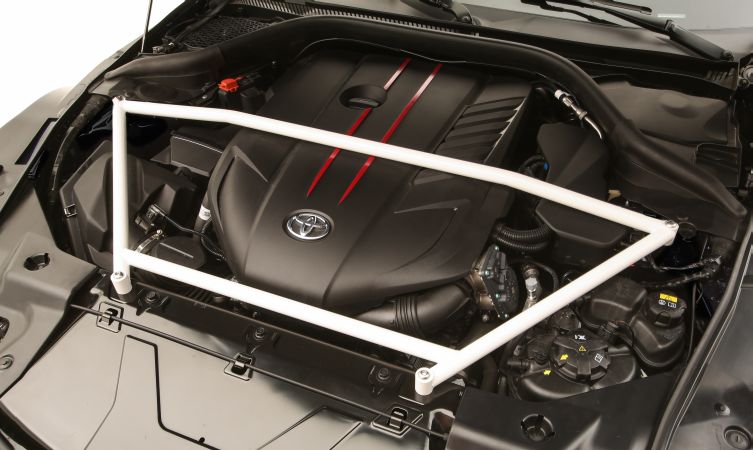 Also residing behind the spokes of the wheels is a monster brake package consisting of upgraded Brembo B-M series monoblock calipers and two-piece, radially-grooved discs. Six-pot calipers squeeze huge 405mm discs up front (348mm as standard), while four-pot calipers and 380mm discs (345mm standard) are employed at the rear for increased braking performance.