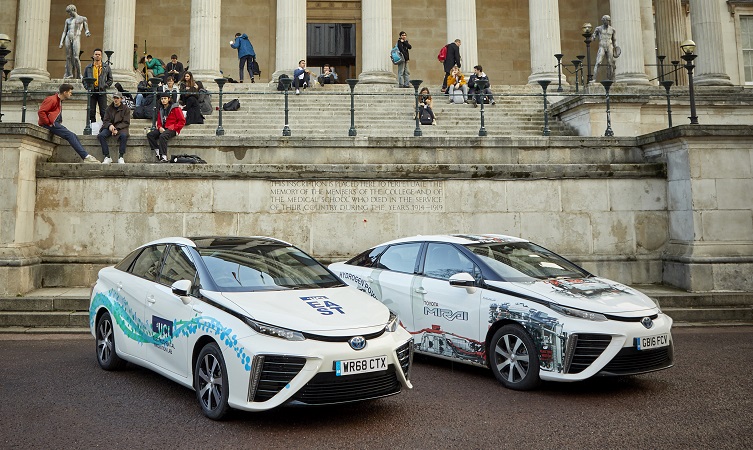 The Mirai will complement the university in its studies into how fuel cells can be combined with new battery technologies. It will also be used by UCL staff as a shuttle between the university’s base in Bloomsbury and its new campus in the Queen Elizabeth Olympic Park. 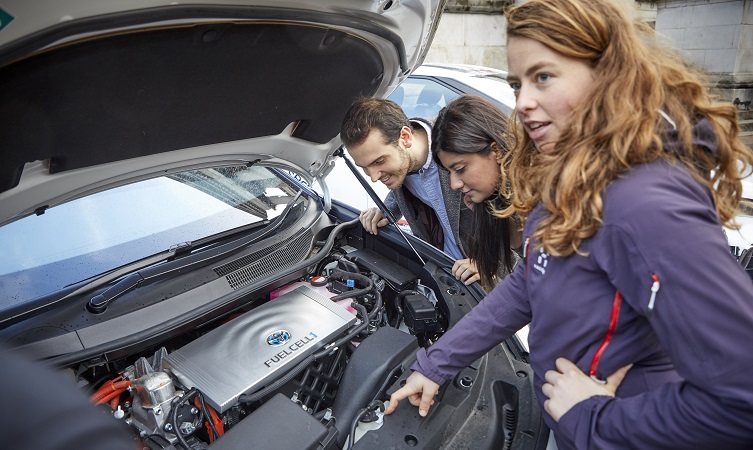 Dr Michael Whiteley, head of fuel cell engineering at the UCL Electrochemical Innovation Lab, was the driving force behind acquiring the Mirai. He said: “Our research into fuel cell technology shows it’s a serious alternative to fossil fuel cars. We’re excited to take delivery of our own Toyota Mirai fuel cell car on the UCL Quad and also at UCL East, where our new Advance Propulsion Lab will be based.

Toyota believes in the great potential of hydrogen as a clean, practical and plentiful source of clean energy

“We’ll be testing the car on London’s busy roads and using it to demonstrate the technology. The next stage of our work is to develop and evaluate hybrid, battery and fuel cell power systems for automotive applications. Having access to a fuel cell car will greatly enhance our position as a world-leader in fuel cell research and development.”

Paul Van der Burgh, president and managing director of Toyota GB, responded: “We hope that the technological breakthrough we have made with Mirai will help a new generation of UCL-trained scientists discover how fuel cell technology might be used to shape the powertrains of the future. Toyota believes in the great potential of hydrogen as a clean, practical and plentiful source of clean energy and is keen to encourage and support research into how these benefits to society can be realised.” 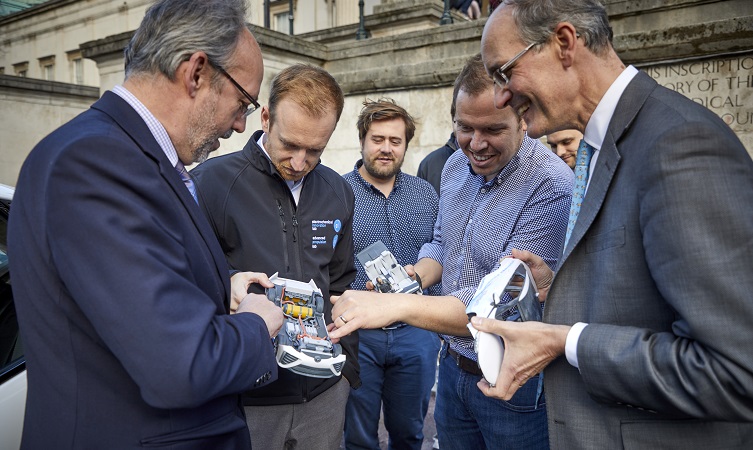 UCL president and provost, Professor Michael Arthur, commented: “We’re delighted to be the first university to host a production fuel cell car. The technology could play a key role in mitigating climate change and it’s great to be at the forefront of this. The work carried out by the team in UCL’s Electrochemical Innovation Lab is key to developing fuel cell technology for the future, and the Advanced Propulsion Lab will help to cement us as the industry leader.”

The Toyota Mirai is powered by electricity generated on-board by a fuel cell stack through the process of combining hydrogen with oxygen. On a full tank of fuel it can cover around 300 miles, with smooth, near-silent running and producing no emissions other than pure water. 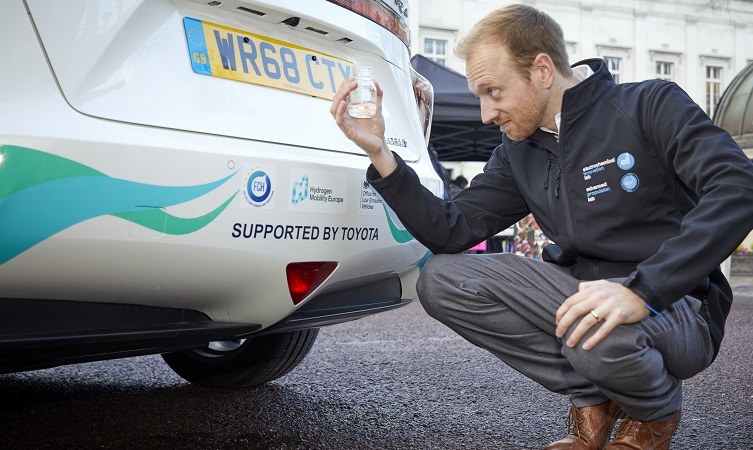 The technology has proved its reliability and usefulness with hundreds of thousands of miles covered in the UK by cars in daily use with private hire companies, public bodies and private businesses.

Learn more: How does Toyota’s fuel cell vehicle work?
Read more: Travelling the length of the UK in a Toyota Mirai