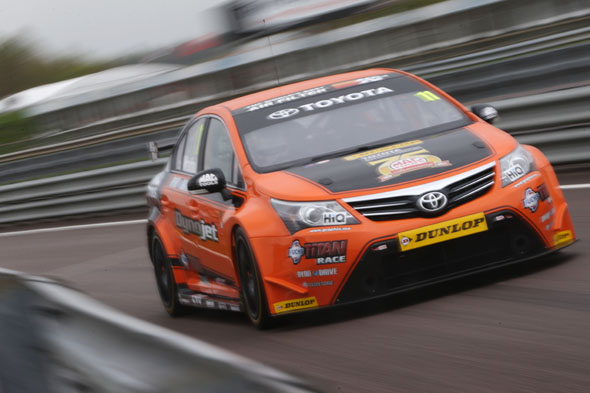 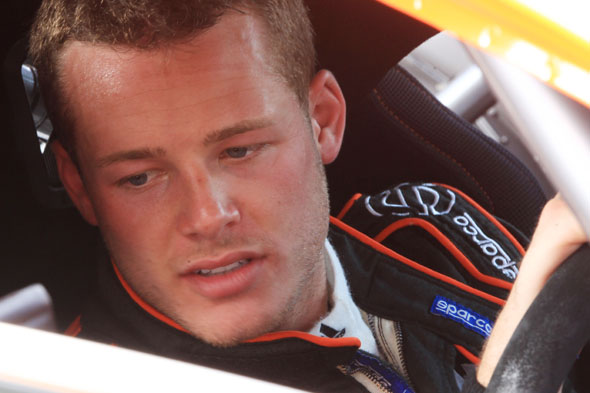 Frank Wrathall led the Toyota challengers in qualifying for the third meeting of the Dunlop MSA British Touring Car Championship season at Thruxton, edging out fellow Avensis privateer Dave Newsham to secure eighth on the grid at the high-speed Hampshire circuit.

Dynojet Racing ace Frank lost valuable track time in the second practice session of the day with a driveshaft failure but rebounded in qualifying to earn a place on the fourth row of the grid.

However, despite being the best of the Toyota quartet, Frank insists there are improvements to be made ahead of Sunday’s three races: “That was hard work,” he said. “Thruxton is so different to any other circuit and with last year being so wet, we didn’t really have a good dry set-up that we could put on the car for qualifying this time around.

“I really had to squeeze that lap out and while I’m not disappointed with the result, I’m not totally happy with the handling of the car. We’ll work on that for race day.”

Frank ended the session just 0.095s clear of Inverness-based racer Newsham, who maintained his record of qualifying inside the top 10 for every meeting so far with the ninth fastest time. The Speedworks driver, who has the sixth-best qualifying average in the field, will now hope for three solid finishes on race day having endured mixed fortunes at both Brands Hatch and Donington Park.

“That was probably the best we could have done,” he reflected. “The Toyota drivers are all quite close together, so today obviously just wasn’t our day. I tend to race better than I qualify so hopefully we can move forwards, and we have a few changes to make to try to make sure that the front tyres last as the performance is dropping away quite quickly. After the opening two rounds, three solid results have to be the aim.”

Ciceley Racing’s Adam Morgan went into qualifying looking to build on a top-four showing in the earlier practice session. Despite being little more than a tenth of a second behind Wrathall and Newsham, Adam had to settle for 11th on the grid, although that still leaves him well placed to maintain his run of top-10 race finishes. “It’s a little frustrating to be 11th on the grid after being fourth fastest in practice, but we know where we lost the time and where we can improve,” he said. “I’m confident in our race pace and the car felt good; we just have a few changes to make it even better for tomorrow.”

Ollie Jackson, in the second of the Speedworks-entered cars, rounded out the Toyota challenge with the 15th quickest time. Said the Norfolk man: “I’m relieved as we now have the car handling a lot better and we’re not in a bad position for race day, although I struggled to get a clear lap in. We have good pace and I think we can make progress.” 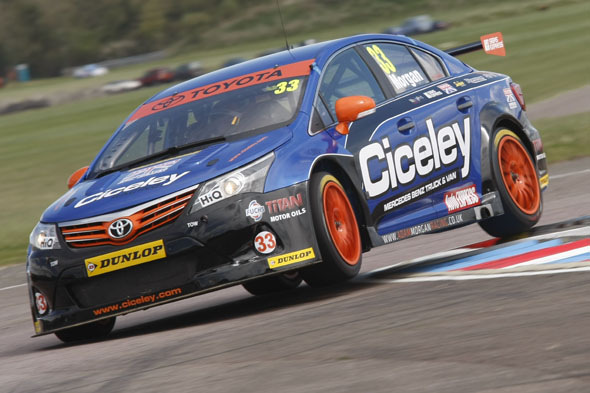 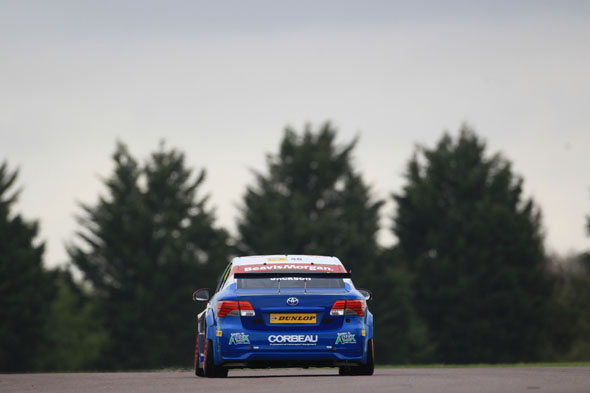