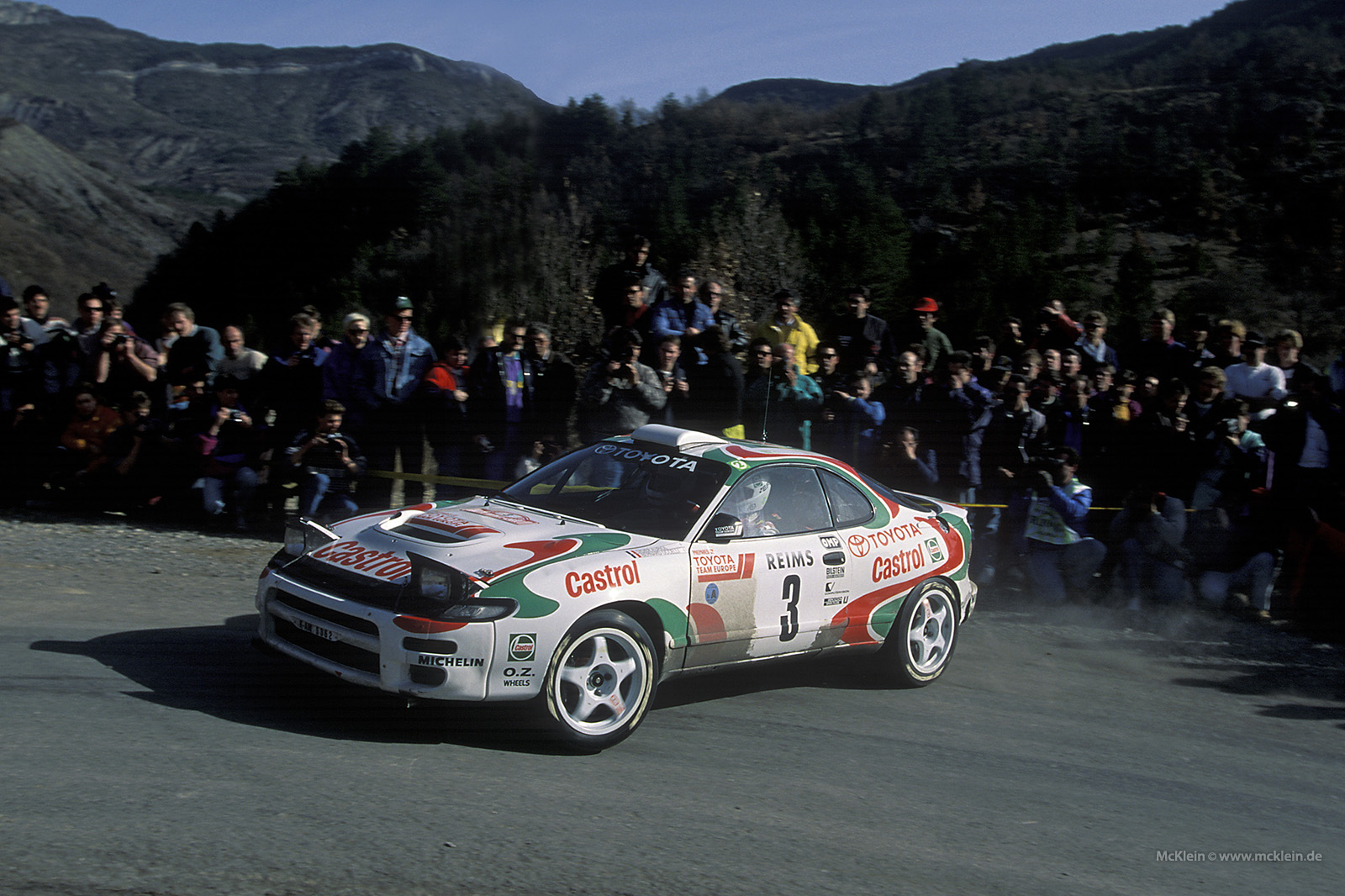 After a break of 17 years, Toyota returns to the World Rally Championship at this weekend’s Rally Monte-Carlo.

Ahead of the 2017 season opener we asked David Evans, Rallies Editor for Autosport, to dig through the archives and highlight three of Toyota’s best moments at Monte-Carlo. 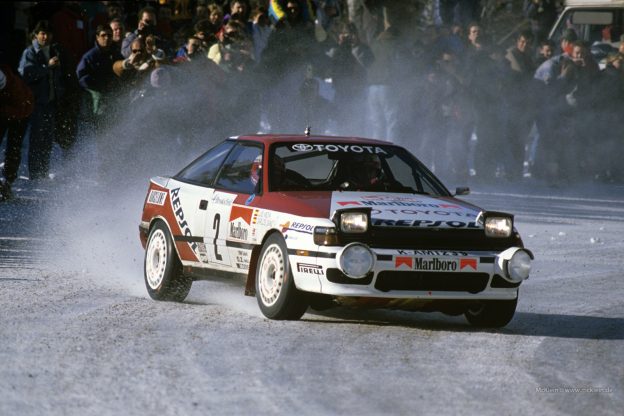 Carlos Sainz started his third season as a Toyota driver defending his first world title. Evolutions over the close season ensured the ST165 Celica GT-Four was a potent force on all surfaces and the Spaniard’s exhaustive efforts in testing confirmed the squad had pretty much every aspect of this event covered.

Having finished second in the 1990 Monte, Sainz and co-driver Luis Moya were determined to go one better 12 months down the line. They were looking good as they eased their way into the lead on the way north through the Alps to an overnight halt in Aubenas.

If there was a concern, it was the pace of Ford’s unknown young Frenchman François Delecour. Sainz simply couldn’t shake him off.

Incredibly, on the second run over the famous Col de Turini, the Sierra Cosworth 4×4 moved into the lead. Sainz hit back on the roads around Puget-Theniers and retook the position, but when Delecour hit back on the final night, the champion admitted he was beaten.

In the end, reliability won the day. Suspension failure on the last stage cost Delecour but handed a history-making win to Sainz as he scored Toyota – and Japan’s – maiden Rallye Monte-Carlo victory.

1993: Didier Auriol finds his form on the final day 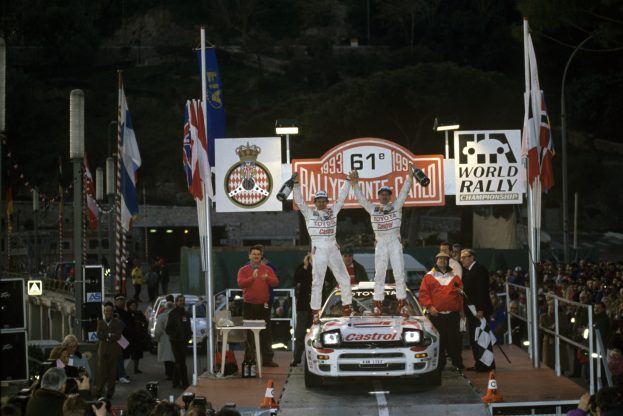 When Didier Auriol hit the sweet spot in his ST185 Toyota Celica GT-Four, the opposition knew what was coming. Midway through the 1993 Rallye Monte-Carlo, fellow countryman François Delecour sensed that might be about to happen.

With the Toyota hooked up on the final day in the Alpes-Maritimes, Auriol slashed the Ford man’s lead by 23 seconds on the day’s opener across Col de Bleine. Didier then moved into the lead two stages from the end as the Celica’s pace stunned its rivals. Even with a gravel-specification engine it was able to haul two seconds per kilometre out of its rivals on the way up most of the Cols.

And once Auriol had the handling tuned to his liking he was simply sublime, giving Toyota its second Monte win in three years. 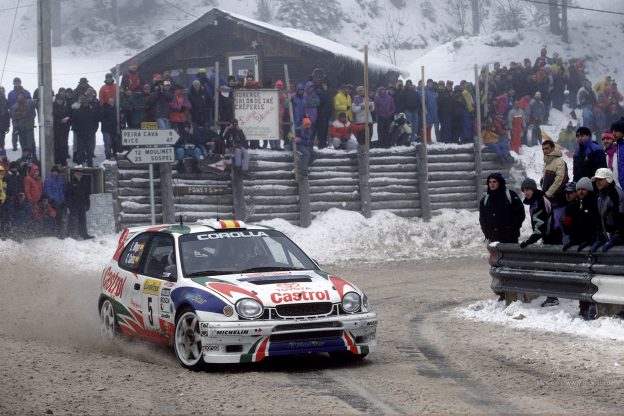 Toyota Team Europe scoured the Alps in search of suitable bendy and snowy test roads, but none could be found. Fortunately, both Toyota and Sainz could draw on years of experience and expertise to make up for the lack of testing in the Corolla’s maiden Monte.

Asked how he’d coped with a particularly snowy Sisteron special stage, Sainz grinned. “I guessed,” was the answer.

The first half of the rally was a typically horrible Monte mix of rain, black ice, rain on black ice and the odd bit of snow. Sainz pressed on where others feared to tread and built himself a lead. As the roads dried over the rally’s second half, Carlos and the Corolla were in complete control. He won by 40 seconds.

With the Corolla WRC someway short of its full potential at this early stage, Ove Andersson made no attempt to disguise his appreciation and admiration for the superstar Spaniard. 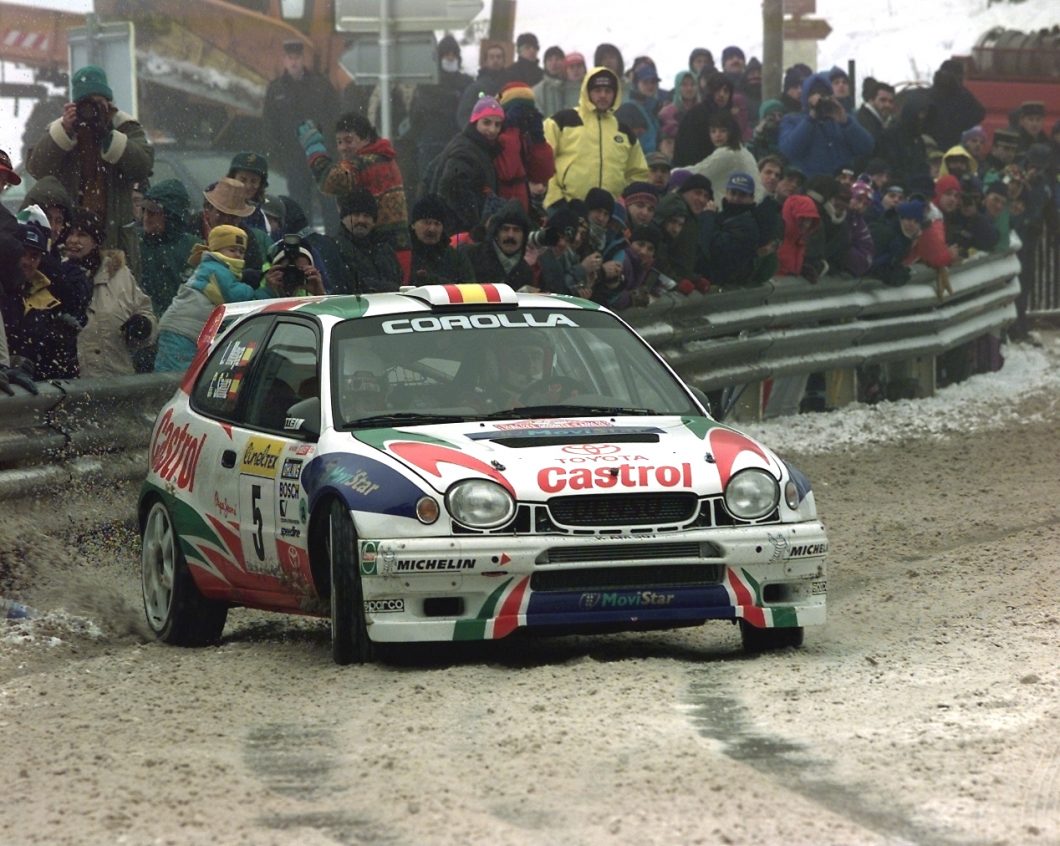