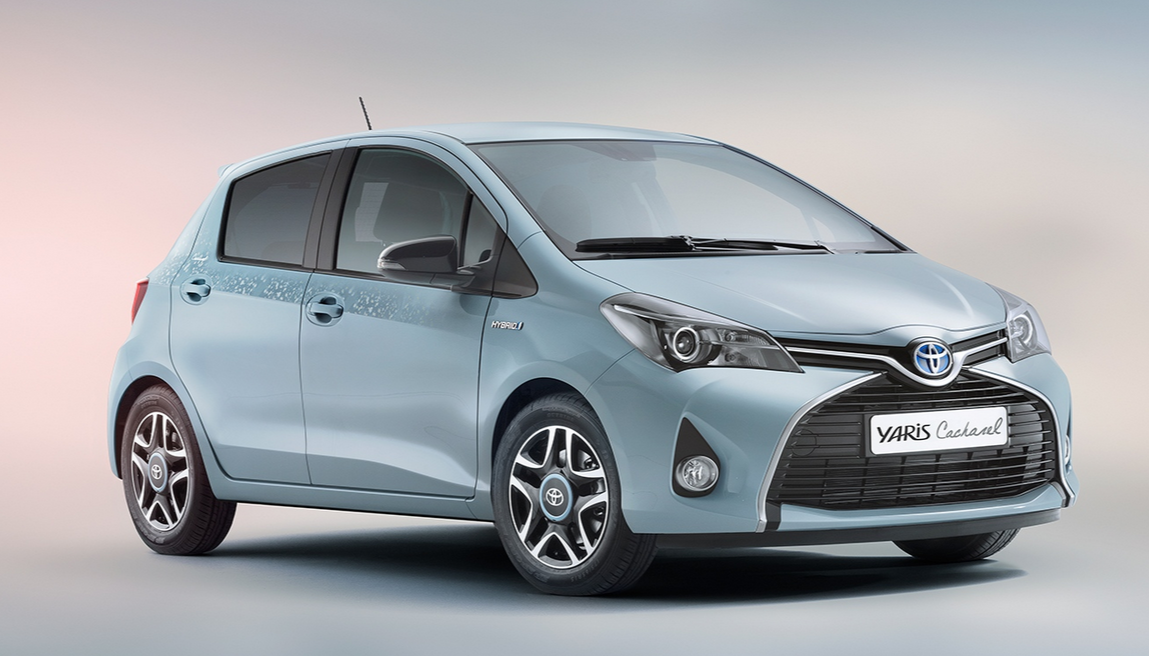 The Toyota Yaris Cacharel is a chic supermini finished in a unique shade of duck egg blue. The pastel hue is said to have been influenced by Cacharel’s Spring/Summer 2015 collection and is overlaid with a vinyl film pertaining the floral elements synonymous with the label’s dainty garments. A set of 15-inch two-tone alloy wheels – available to buyers in the UK priced at £800.00* – round-off the car’s contemporary look.

The exterior’s floral theme is stepped up a notch for the interior. Partial Alcantara seats feature blue and white accents containing the Cacharel logo and the white flowers of the exterior’s vinyl wrap. The steering wheel and circular vents are finished with the same print, minus the Cacharel logo. Each Toyota Yaris Cacharel also comes complete with a bottle of Cacharel fragrance and a pair of sunglasses.

Cacharel was founded in 1962 by Jean Bousquet, in Nîmes. The brand specialises in dresses, perfume, footwear and accessories. Its name is borrowed from the slang term for duck in the Camargue region of Southern France, hence the Yaris Cacharel’s Duck Egg Blue paint finish.

Toyota France previously collaborated with Cacharel last year, for Paris Fashion Week, when the company designed a one-off vinyl wrap for a Yaris Hybrid Trend model, which was used to ferry models and fashion industry insiders to and from the famously fierce Parisian runway.

Selected Yaris models are currently available with 0% APR^. Build yours on the designated section of the Toyota UK website.

*Price correct at time of writing. ^Terms and conditions apply