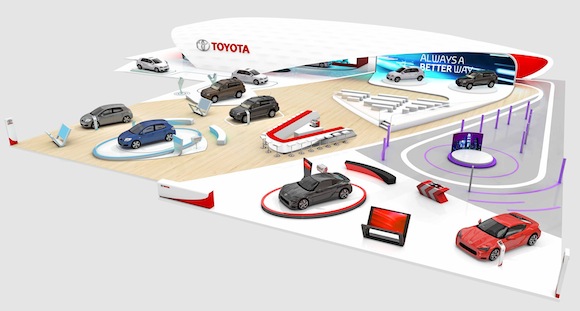 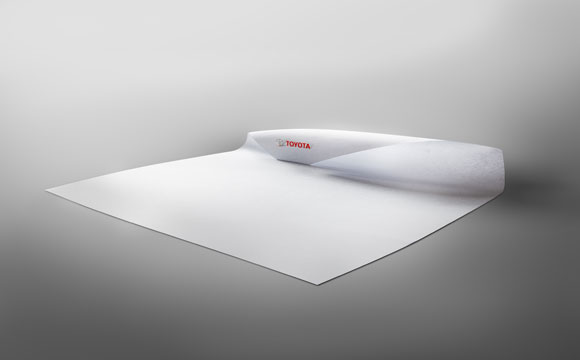 Toyota will debut its new global motor show stand at the 2013 Geneva Motor Show in Switzerland.

Inspired by the traditional Japanese paper craft, ‘Origami’, the stand’s design is inspired by a wave. The new stand also features an advanced three-dimensional architecture, and offers plenty of space to show off the latest concept cars.

All of which is just as well – Toyota plans to pull the wraps from four new cars at this year’s spectacular, including the eagerly anticipated FT-Open concept, which points to the possibility of a future GT86 convertible. Read more about the FT-Open concept here.

The FT-Open, will be joined by the ultra-concept, zero-emissions i-ROAD concept. Exploring themes and ideas for a city car of the future, the i-ROAD has a clever 1+1 tandem seating layout. Find out more in this post.

The new British-built Toyota Auris Touring Sports will also make its debut in production-ready form ahead of its launch in Summer 2013, while the RAV4 will make its first European public appearance just in time for its arrival on UK roads.

Stay up to date with all the latest news from the 2013 Geneva Motor Show, here.

UPDATE 01/03: We’ve just seen this concept image of how Toyota’s completed stand will look, as well as this GIF of the construction process (below).