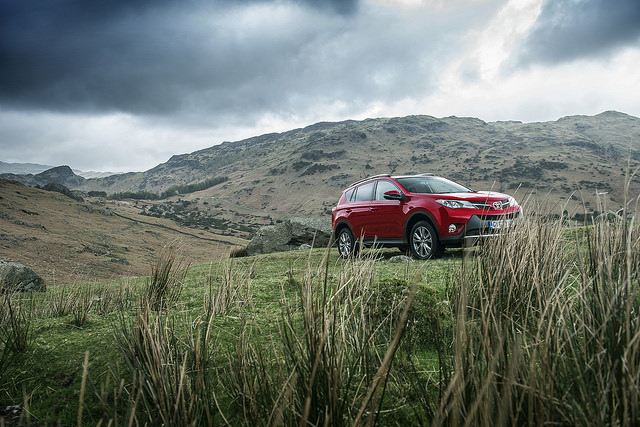 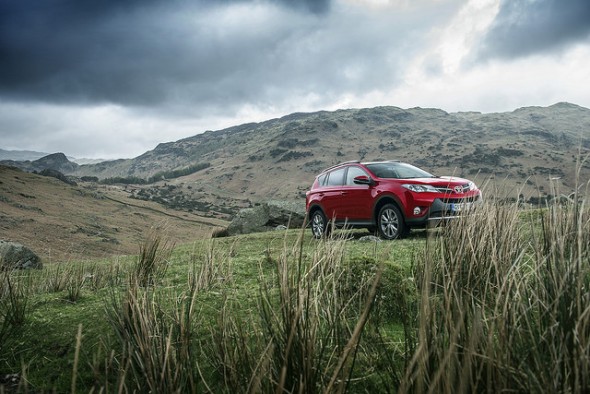 If you’ve got a taste for adventure, then the Toyota RAV4 is the car for you. Its chunky looks, all-wheel drive underpinnings, and high-up stance, make it the perfect vehicle to go and explore, and that’s exactly what we’ll be doing this week – pushing a RAV4 to its limits on some of the UK’s ultimate roads.

Along the way, our RAV4 will take on the fiercely steep ‘Hardknott Pass’ in the village of Glossop in the heart of the Lake District. With a gradient approaching 33%, and a series of sharp hairpins throughout, the pass reaches winds its way up to 400m, and should provide a chance to test the mettle of the all-wheel drive RAV4.

RAV4 will also show its head for heights, by driving along the UK’s highest road, Great Dun Fell, in Cumbria, which reaches a dizzying height of 848m.

In the meantime, if you can see yourself behind the wheel of a RAV4, leave a comment below, and we’ll be in touch shortly. The RAV4 range starts at £22,495, and is currently available with a £1,000 deposit allowance*.

Do you know a particularly extreme road worthy of our attention? Have you got a photo of you and your Toyota driving it? If so, share your tips and photos with us.