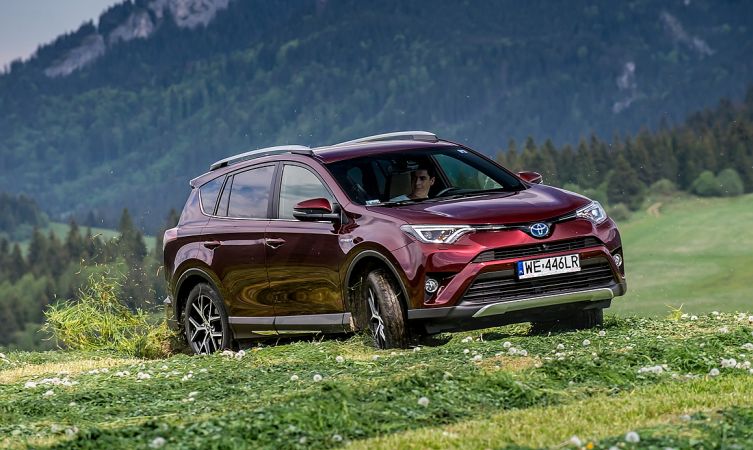 When Polish motoring journalist Michał Sztorc went searching for a retreat in which to test the Toyota RAV4 Hybrid he realised that the ideal location was on his doorstep – the Tatra Mountains. 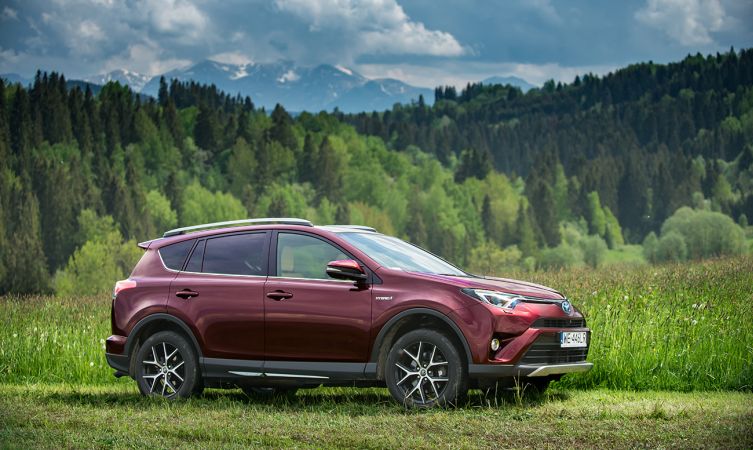 Although less well-known than the vast Alps mountain range system, the Tatra Mountains form the highest and most dramatic range within the Carpathian arc, creating a natural border between Poland and Slovakia. The National Parks on both sides of that border are designated by UNESCO as biosphere reserves in recognition of their balance between people and nature. 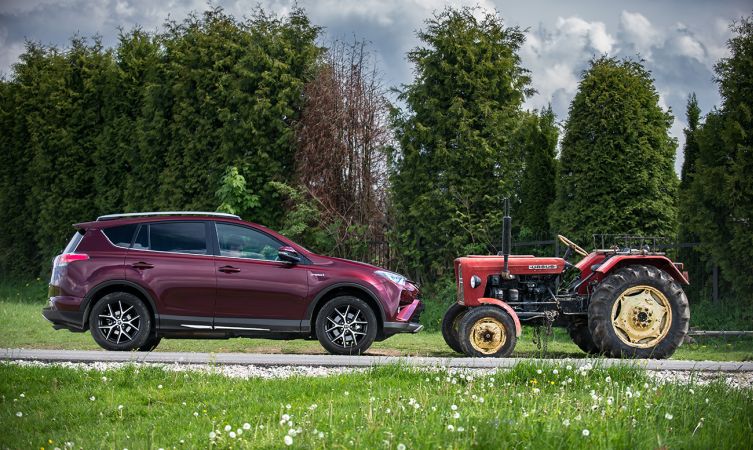 Similar balances can be found in the RAV4 Hybrid. More than an SUV by name alone, it delivers on the promise of its appearance with generous ground clearance and a capable E-four all-wheel drive chassis to explore beautiful environments. But this high-grade model is also allied to a spacious, leather-trimmed cabin, not to mention a petrol-electric drivetrain that shows respect for the environment through low tailpipe emissions. 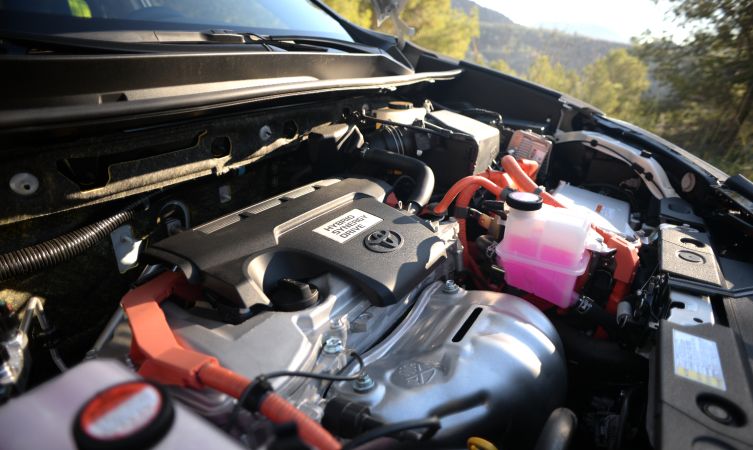 After studying a map of the area, Michał and photographer Michał Korniejczuk chose a 200-kilometre loop of the foothills of the Tatra Mountains. It would begin in the winter capital of Zakopane in the southernmost tip of Poland, and circle anti-clockwise through Slovakia’s Liptov Basin toward the town of Vysoké Tatry at the base of the High Tatras. The route would then head north towards Ždiar before veering west across the border back into Poland. 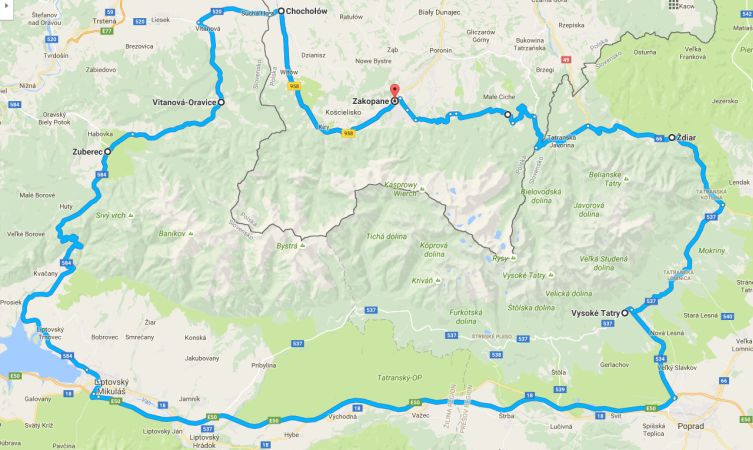 Without stopping, an online route planner calculated the journey would take a little under four hours. But where is the fun in rushing through this gorgeous landscape when there are hills to climb, glacial lakes to paddle in, and magnificent vistas upon which to marvel? No, the two Michałs were in agreement that the car and route needed at least two days of undivided attention to fully appreciate. 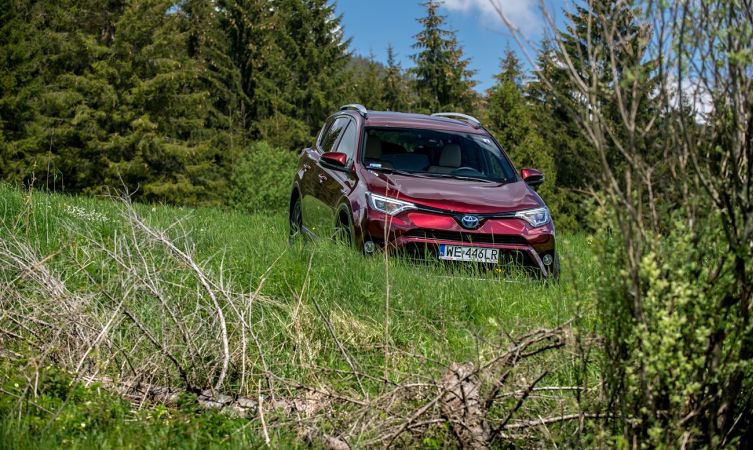 The first day dawned bright and clear, the sun eventually appearing from behind the peaked horizon line to illuminate the foothills. A perfect day for a trip to the mountains. 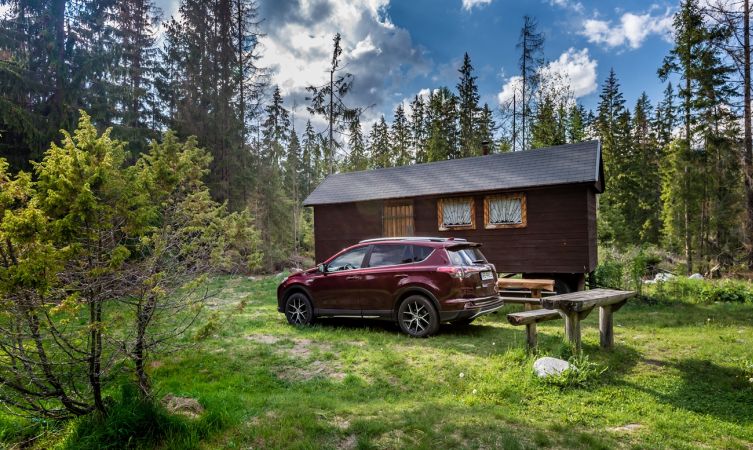 The contrast between the bricks and mortar of Zakopane and the almost entirely wooden architecture of the ancient Goral village of Chocholow makes you feel like centuries have been swallowed in the short distance between the two settlements. In Chocholow you’ll find a preference for scypki (traditional Polish cheese) rather than Skype, and ciupagi (walking sticks) over caramel lattes. 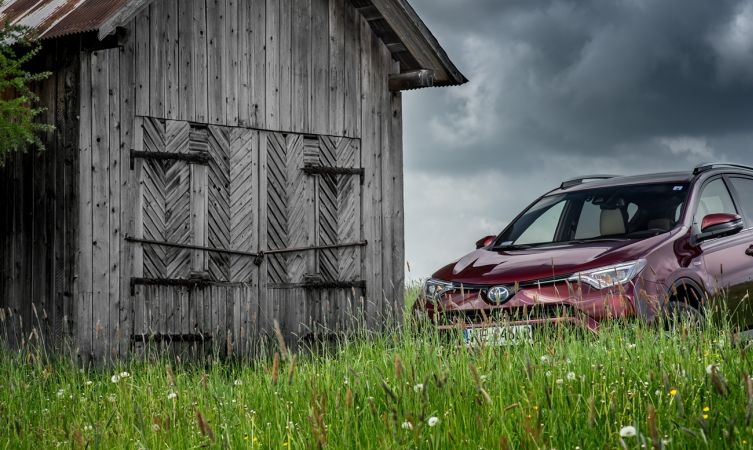 Climbing back into the RAV4 Hybrid was a reminder that modern life isn’t so bad after all, but nevertheless there was a growing desire to avoid the other trappings of civilisation. So as soon as it was possible, Michał escaped from the main road and shadowed the meandering path of the Oravica river towards Zuberec in Slovakia. 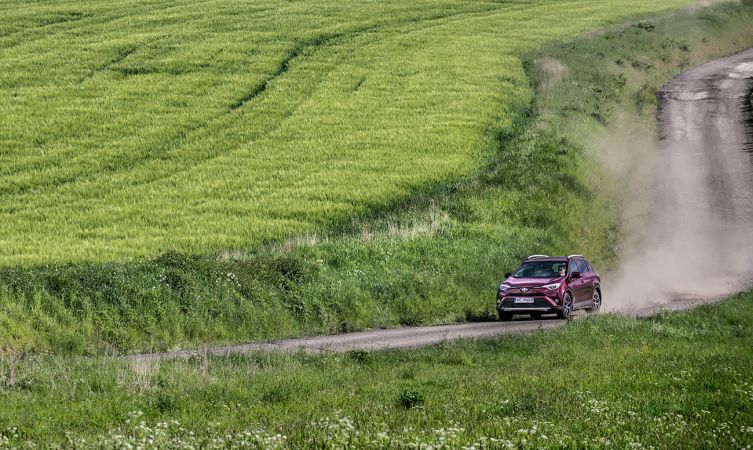 On this route, the RAV4 was fighting hard to deliver a comfortable ride over surfaces forgotten by EU road-building grants. But it was succeeding: crater-like holes in the road vanished under the wheels and the calm isolation inside the car remained intact. Given more time, gravelly offshoots into the surrounding forests offered the tempting possibility of finding secret trail routes to the Polish border. 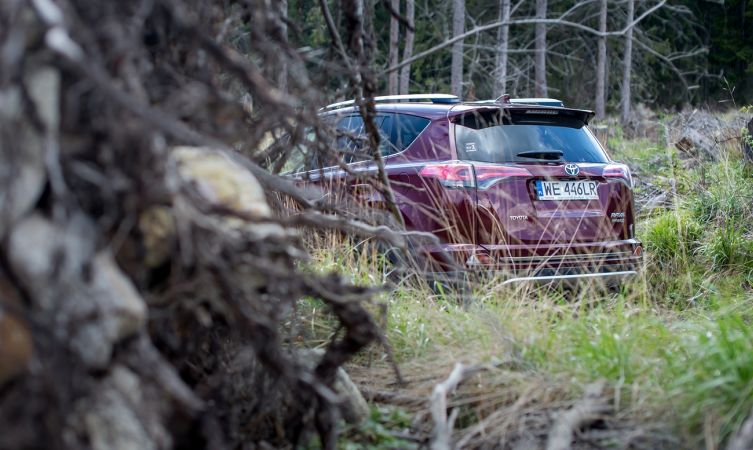 Zuberec is the gateway to the Western Tatras and host to three ski resorts. But in order to stand a chance of spending quality time exploring the less populated High Tatras, the two Michałs had to press on. 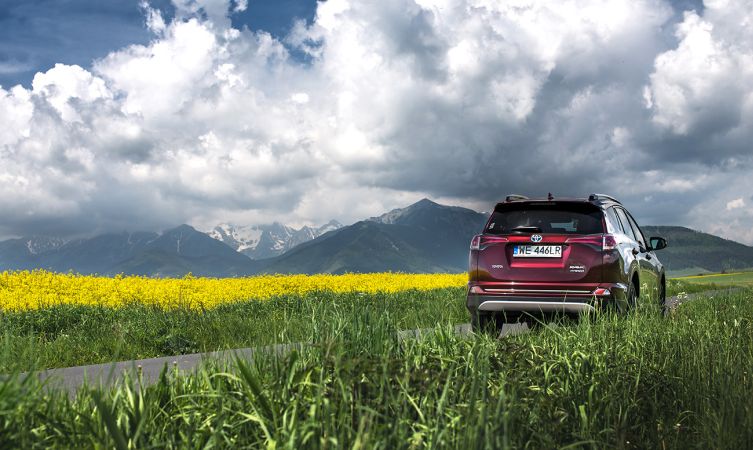 The route toward Liptovský Mikuláš may be modern and smooth of asphalt but its twists, turns, rises and falls feel similar to those of an Alpine pass, giving the dynamic qualities of the RAV4’s chassis a chance to shine. 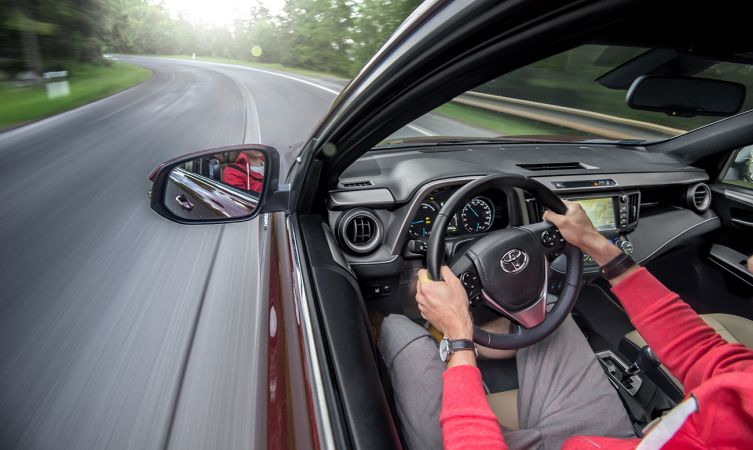 Although the SUV has a higher centre of gravity than a car, its precise steering, flat cornering characteristics, and low-profile tyres of this model’s 18-inch wheels enable the RAV4 Hybrid to accurately target each apex and maintain the intended trajectory. And while ascents might not be friendly to the fuel economy, there is no denying that long, regenerative descents are rewarding for the hybrid system. 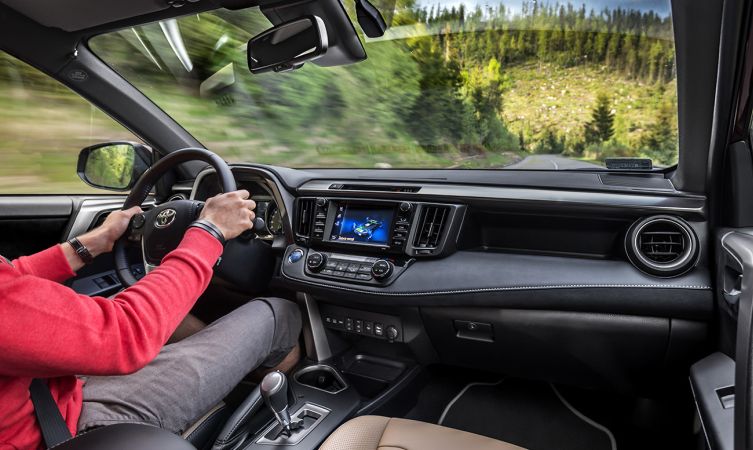 The most scenic part of the loop unravels after exiting Liptovský, where the route directs you along a ribbon of perfectly smooth, gentle curves – rebuilt by students in the late Fifties – towards Štrbské glacial lake and the picturesque, five-star Grand Hotel Kempinski. 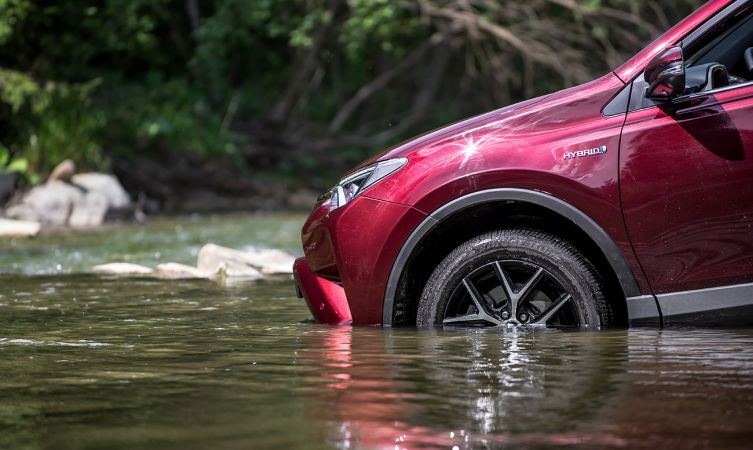 However, instead of following the crowd to this tourist hotspot, the RAV4 is deployed down the surrounding lanes and forest tracks in the foothills of the High Tatras. Michał is hunting for photo ops where vehicles – or people, for that matter – are rarely seen. This meant crossing streams that appeared impassable but were conquered with a mixture of bravery and calculation, aware that the RAV4 is not in the same league off-road as its Land Cruiser sibling. 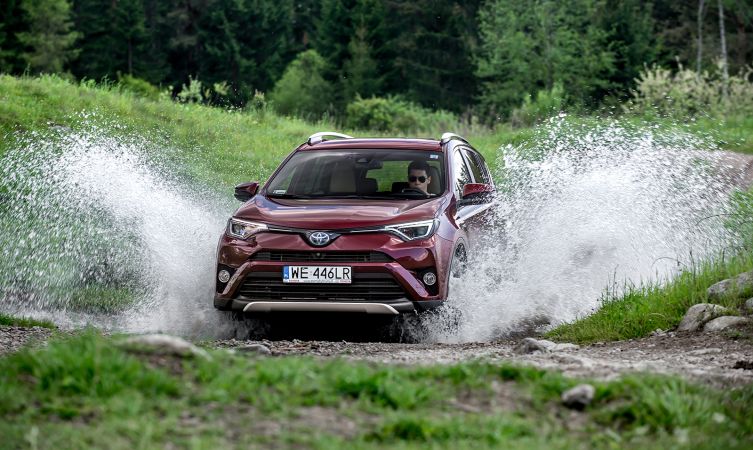 In these more remote locations, the aftereffects of a devastating hurricane a dozen years ago remain as vivid as if the winds had swept through yesterday. Huge swathes of spruce trees are snapped in half and lie flattened against the ground like trampled grass. 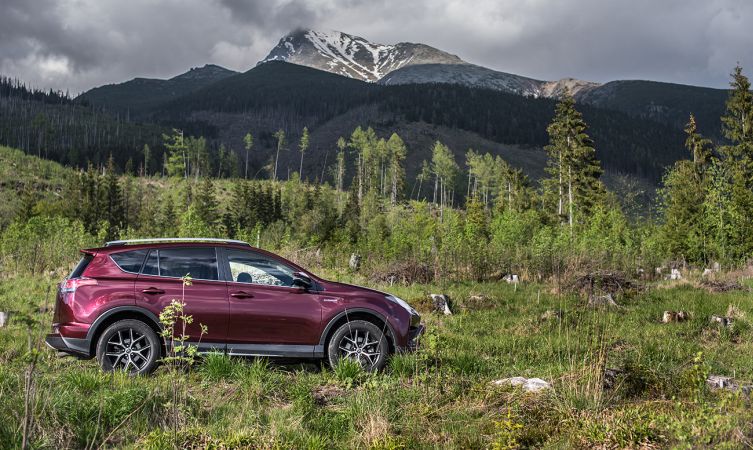 Here, in the heart of the Tatras, you get an overwhelming sense of the power of nature – vertiginous mountains on one side, vast forests and lowlands on the other, and modern life caught somewhere in between. The pair felt like they are the last two people left on earth: completely alone and free to explore the majestic landscape. 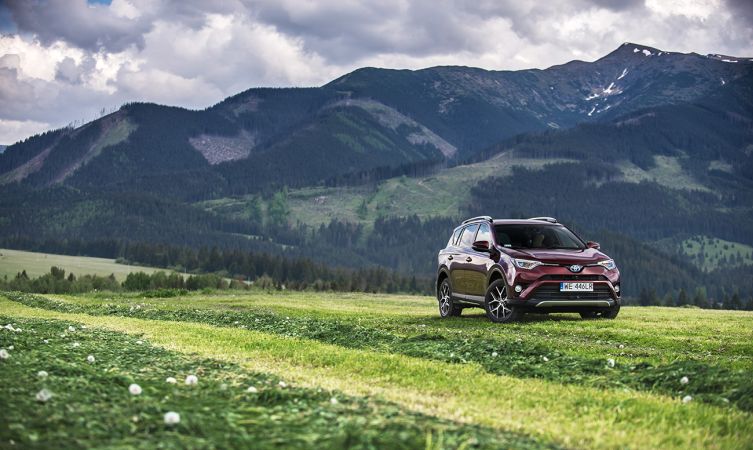 The RAV4 Hybrid had been the instrument in which this trip into isolation had been possible, yet simultaneously the same vehicle that would get them back on the road and carried safely home. With that thought now in mind, driver Michał thumbed the start button, slid the transmission into drive and retreated using electric power alone, showing a subconscious respect for the surrounding silence. 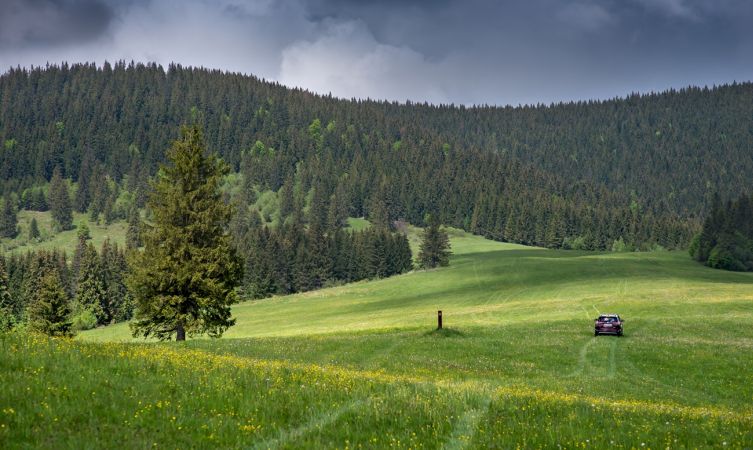 Click this link to see the original Polish language feature on Premium Moto.