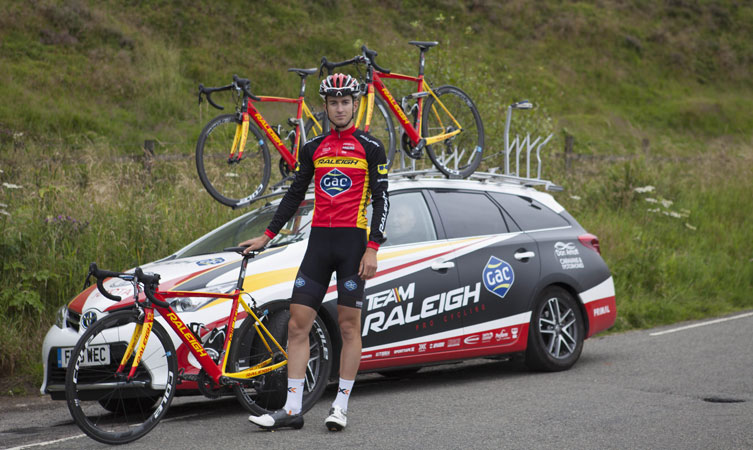 The Toyota Auris Touring Sports hybrid has enjoyed a successful year as the support vehicle of the Raleigh-GAC professional cycling team.

Three Auris hybrids were supplied to the team for the 2016 season through Toyota’s partnership with the Raleigh-GAC squad. The cars have seen action all across the UK and as far afield as France and Spain.

It’s been a demanding year for the Auris Touring Sports cars, each of which has covered 18-20,000 miles over the course of the racing season.

As you can see from video above, the Auris looks great in its distinctive Team Raleigh-GAC livery. But as well as making a colourful and eye-catching addition to the peloton, the team had other more practical expectations of their support car.

“A team car should look good, but it has to be spacious in the back – especially in the boot,” said Cherie Pridham, Team Principal of Raleigh-GAC. “We have to carry medical boxes, race radios, tool kits, spare wheels, and wet weather kit for the riders, so boot space is critical.” 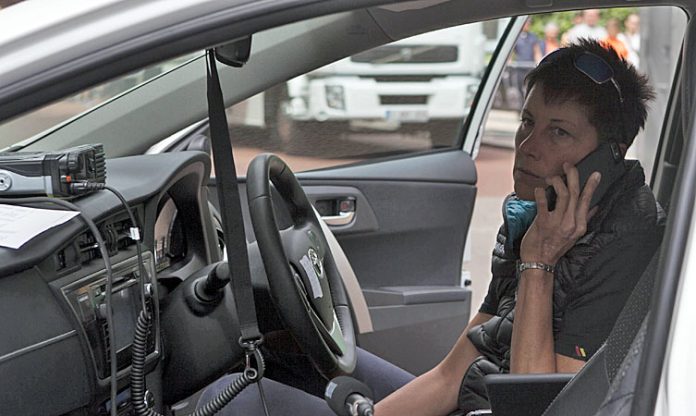 The hybrid versions of the Auris Touring Sports have the same 530-litre capacity. That’s because instead of positioning the battery under the boot floor, it’s beneath the rear seats so luggage capacity isn’t compromised.

Fuel economy is also high on Cherie’s wish-list for a good team car. “The Auris has been so economical. Compared with our previous team car, which was a diesel, we’ve almost halved our fuel costs,” she explained. “Having never driven a petrol-electric hybrid before I couldn’t believe the difference.”

Another eye-opener was just how quiet and refined the Auris hybrid is. “It’s very quiet and took some getting used to. My main concern was whether the riders would hear us, but of course we’ve got the horn!”

Despite many months of hard use, the cars have been trouble-free. “Reliability has been second to none,” commented Cherie. “We’ve never had a problem.” 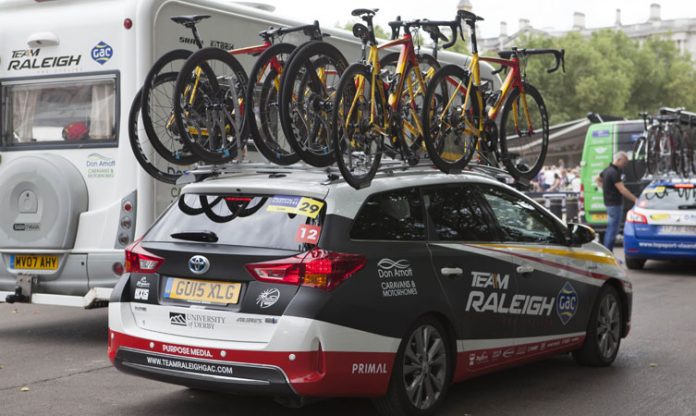 With competitions in mainland Europe as well as in the UK, the team cars are no strangers to long-distance drives. “The cars have been to the Isle of Man and up to Scotland. We drove out to Calpe in Spain, then back through France for another race. So there have been some long-haul stints.”

Cherie’s highlight of the year was rather closer to home than Calpe, with the team’s comprehensive win in the Tour Series’ Durham round. “We won at Durham with the biggest gap that any team had won by in the history of the Tour Series. That was a special victory on one of the toughest circuits.”

At home and abroad, through the highs and lows of an exciting season, Raleigh-GAC’s Toyotas have been a constant presence. As transport for the team, as a four-wheeled office, or as a mobile base for the squad’s mechanics, the Touring Sports has met every challenge Cherie and Team Raleigh-GAC have set it.

Asked to sum up the car, Cherie simply said: “The Auris has been fab.” 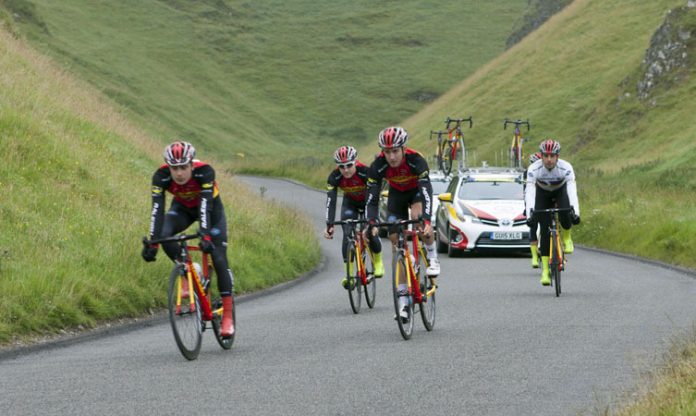