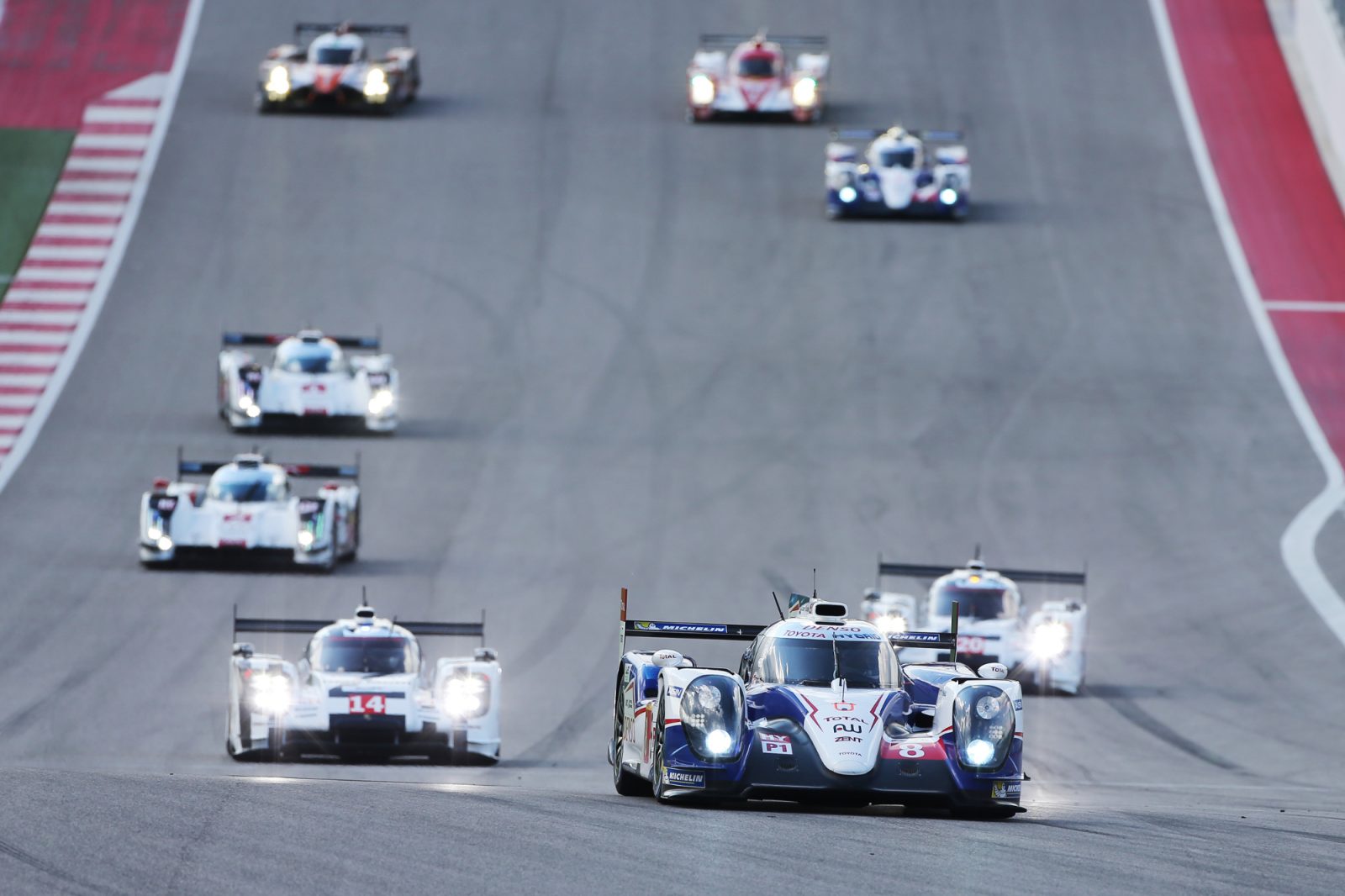 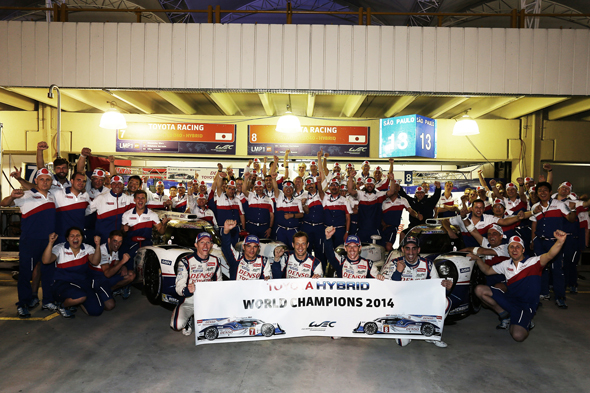 Toyota Racing have completed an emphatic championship double by securing the World Endurance Championship manufacturers’ title in Brazil. The results at the Six Hours of Sao Paolo sealed the victory, adding to the drivers’ championship clinched for the team two weeks ago by Anthony Davidson and Sébastien Buemi.

Second place for the No8 car Davidson and Buemi and fourth spot for the No7 Toyota TS040 Hybrid of Alex Wurz, Stéphane Sarrazin and Mike Conway in yesterday’s race delivered the championship by a margin of 45 points over their closest rivals, Audi.

The eighth and final race of the 2014 season was a thrilling one, with a late charge for glory by Davidson and Buemi halted by a  safety car period. The hopes of a higher finish for the No7 car were also thwarted, by a drive-through penalty. The fourth place result dropped Wurz and Sarrazin to equal fifth place in the drivers’ championship.

Toyota’s success is a landmark in sportscar racing history, as it is the first time a Japanese manufacturer has won the World Endurance Championship since its inception in 1953. It is also Toyota’s first world motorsport title since its triumph in the World Rally Championship in 1999.

The result is a milestone for Toyota’s racing hybrid system, which was first developed for motorsport in 2006. Constant progress in reducing weight, increasing power and improving efficiency have delivered the 1,000hp, all-wheel drive TS040 Hybrid which has proved to be the class of the field this year.

Celebrating the championship, Toyota President Akio Toyoda said: “After only three years in the FIA World Endurance Championship, I’m overjoyed that Toyota Racing were able to win both the drivers’ and manufacturers’ world championships this season with the TS040 Hybrid. I must express my sincere gratitude to our fans for their encouragement and our partners for their support.

“I would also like to say congratulations and thank you to all the drivers and racing team staff who worked so hard and closely together throughout the season. Toyota will use these experiences in the FIA World Endurance Championship to help revolutionise hybrid technology and to help make ever-better cars that delight people around the world.”