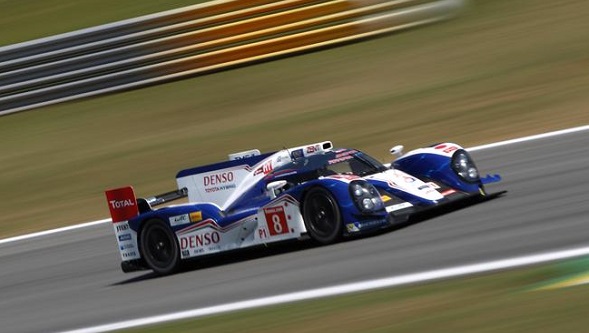 Toyota Racing is undertaking its maiden voyage to the United States this weekend for the inaugral Six Hours Circuit of the Americas – round five of the FIA World Endurance Championship.

Toyota Racing is looking for an outright win in Austin; and to help ensure success, both TS030 Hybrid cars have benefitted from a high-downforce aerodynamic upgrade – the revisions debuted at Interlagos in August.

The Circuit of the Americas opened in 2012, and comprises a 5.515km track with no less than 20 corners, including a  fast sweeping section among a pair of tight hairpins.

Four hybrid recovery zones will allow the TS030 Hybrids to recharge their hybrid powertrains – after each recovery zone, the drivers can deploy a 300hp hybrid boost for increased acceleration.

Speaking of Toyota Racing’s US debut and of the venue, Team President Yoshiaki Kinoshita said: “It is exciting for Toyota Racing to be competing in the United States for the first time, particularly at a track like the Circuit of the Americas. It looks like a great layout and I can’t wait to see the TS030 Hybrid running flat-out there.”

Keep up with all of the latest track action from Toyota Racing here.