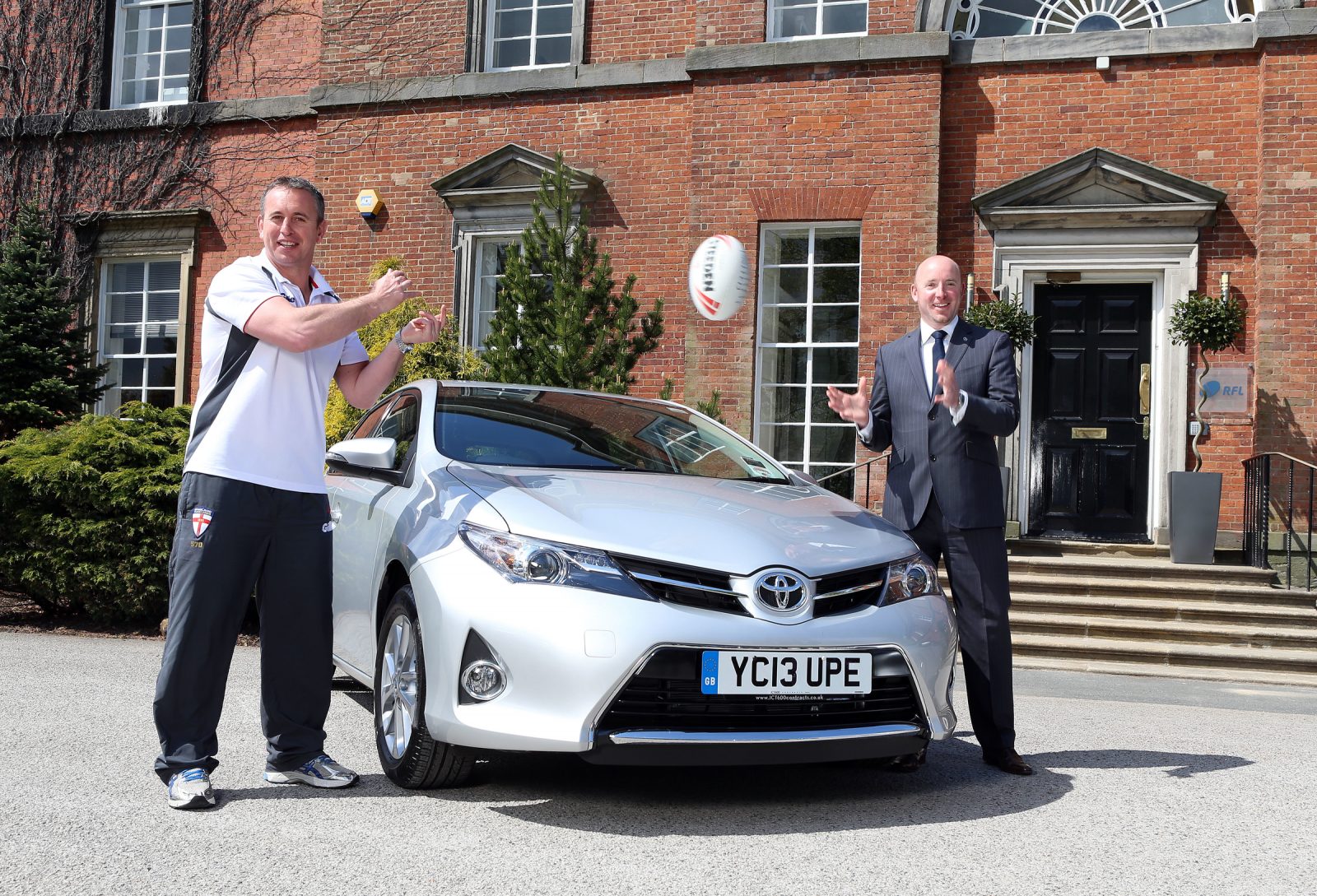 Toyota has scored a partnership with the Rugby Football League (RFL). The link-up sees Toyota become official car supplier to the sport’s governing body in the UK, and to England head coach Steve McNamara.

Toyota will provide the RFL with a fleet of 50 UK-built Auris hatchbacks, under the three-year agreement. The models will be used mostly by performance and development staff, and are set to cover a combined distance of more than a million miles per year.

Speaking of the partnership, RFL Commercial Director, James Mercer, said: “I am delighted to welcome Toyota, one of the biggest names in the motor industry, as our latest partner. To link up with such an established brand is a real coup and I look forward to working closely with them throughout the coming three years.”

Toyota and Lexus Fleet Services’ National Sales Manger, Stuart Ferma, said:” We are proud to be the vehicle supply partner for the Rugby Football League and are delighted that they have chosen the British-built Auris. The RFL are supporting British workers with their choice of car and we look forward to working with them in the future.”

The British-built Auris is the only car in the compact hatchback, or ‘C’ segment, to offer buyers a choice of petrol, diesel and full hybrid powertrains. The line-up will grow in July with the launch of the Auris Touring Sports, a stylish compact estate which will start at £15,595 for the 1.33 VVT-i petrol in Active spec. Hybrid models start at £21,095.

Find out more in our other Auris posts or at Toyota.co.uk.