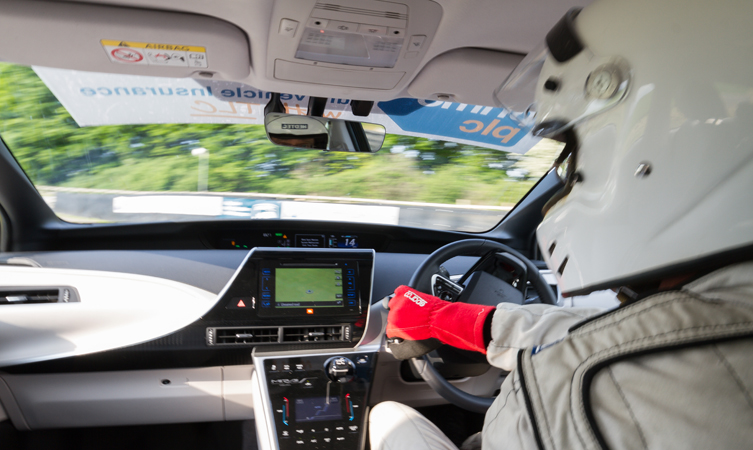 One of the things I like about Toyota’s UK press office is the fact that you can ask an extravagantly silly question and receive a straightforward yes or no answer almost immediately. My most recent request of this nature went along these lines: “How about if we make motorsport history by competing in a Toyota Mirai?” 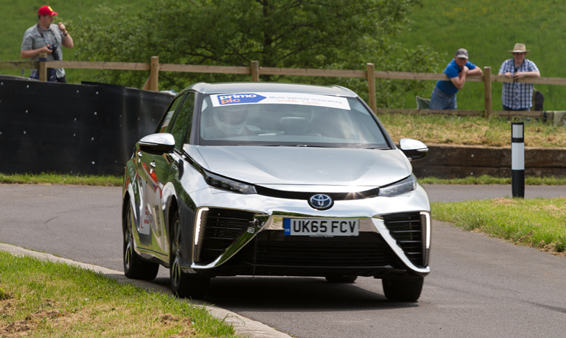 The background to this was the Multi-Car Hillclimb Challenge, appropriately sponsored by Primo plc Multi Vehicle Insurance and supporting the Nationwide Association of Blood Bikes. It involves me competing in rounds of the British Hillclimb Championship, always in a standard road car supplied from a manufacturer’s press fleet but never the same one twice. It’s nice to have something that might achieve a good result, but eccentricity is valued equally highly. 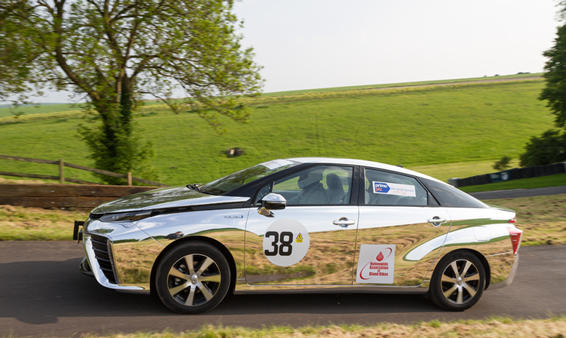 To some, competing in a hydrogen fuel cell vehicle is about as eccentric as it gets. To the best of my knowledge it had never been done outside Japan, and certainly not in the UK, before I drove the Mirai press car – originally dark blue but now sporting an unmissable chrome wrap – to the start line at Gurston Down in Wiltshire. 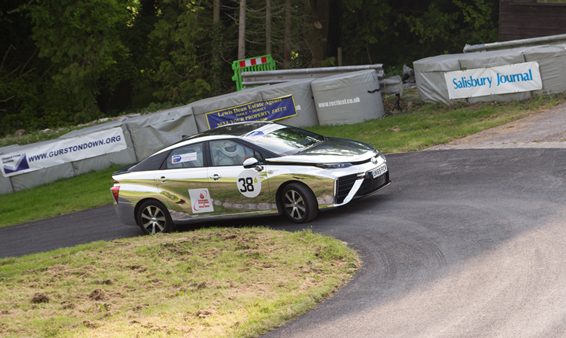 The Gurston organisers were extremely helpful, even going to the extent of resurrecting their little-used Chairman’s Invitation class so the Mirai could take part. (One day, the hillclimb class structure will have a category for electric vehicles, but it doesn’t yet.) 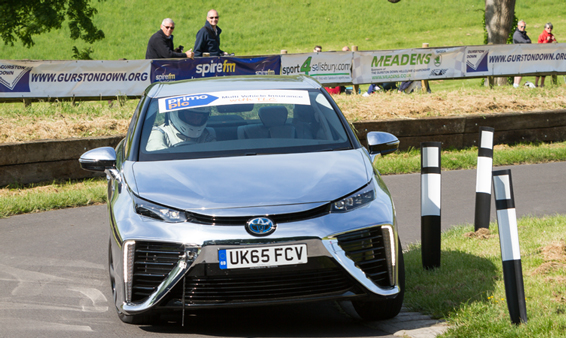 Among other things, they also had to deal with various demands from the MSA, UK motorsport’s governing body, which understandably, if perhaps over-cautiously, wanted the whole business to be as safe as possible, even insisting that the Mirai should be immediately followed up the hill by the official course car, which should have on board a Toyota technician to advise the marshals if something awful should happen.

Nothing awful did. Over the course of the weekend the Mirai swished uneventfully up the hill six times, usually in just over 45 seconds but on one glorious occasion in 44.44, beating a Mini, a Mazda MX-5 and an MGF. The time wasn’t important, though. What was important was that Toyota had made motorsport history. Someone else will undoubtedly go hillclimbing in a hydrogen fuel cell car one day, but we got there first. 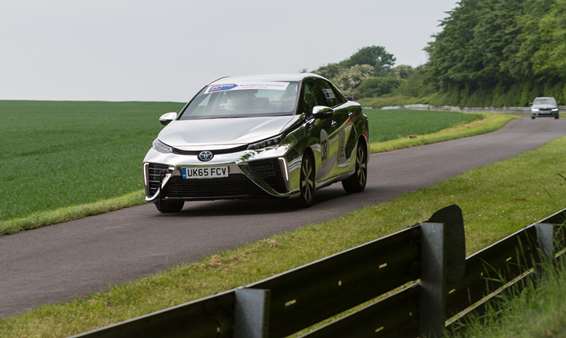 The environmental impact was as small as could be imagined; I’d have done more damage to Mother Earth if I’d sneezed. Spectators told me they were confused by being able to see the car (with that chrome wrap they could hardly miss it) but not to hear anything other than an occasional squeal from the tyres or a rumble as I drifted on to a kerb.

The air they were breathing was unaffected too. The only “pollution” the Mirai produced was a small amount of brand new, completely pure water – just enough for me to be able to make a cup of coffee using the official Gurston Down kettle. Toyota does not recommend this to its customers, but it tasted fine, and at the time of writing I have no unusual symptoms to report. 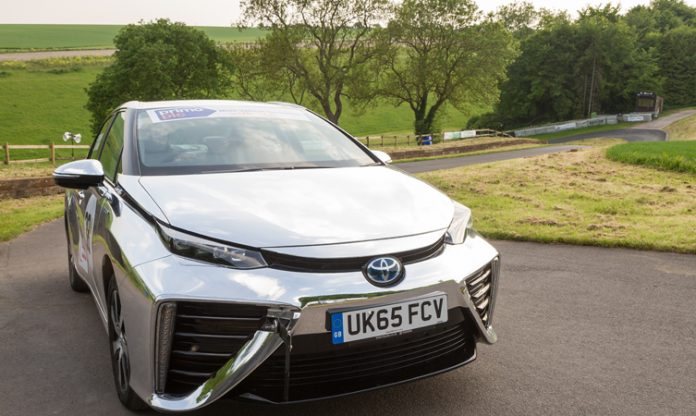