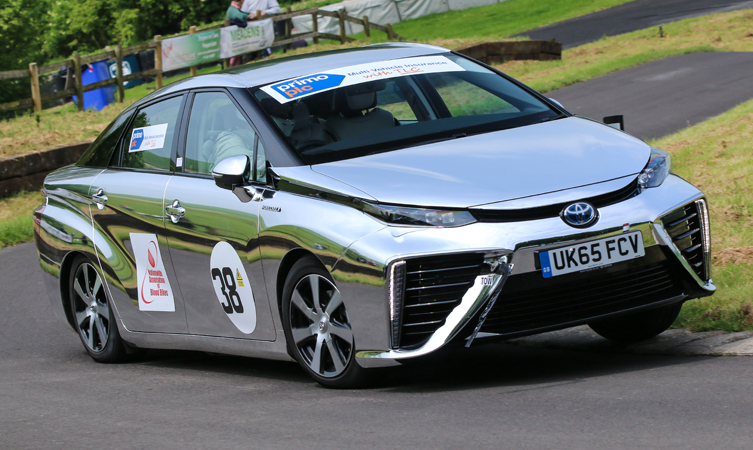 From Formula One’s most glamorous occasion to a rural British hill climb meeting, Mirai was demonstrating the qualities of Toyota’s hydrogen fuel cell technology in contrasting international and domestic motorsport arenas at the weekend.

On Sunday, His Serene Highness Prince Albert drove a Mirai on a lap of honour around the Monte Carlo circuit to officially open the Monaco Grand Prix.

By choosing Mirai, the world’s first production fuel cell saloon, for this high-profile appearance, the prince reiterated his intention to make Monaco a pioneer of sustainable mobility. 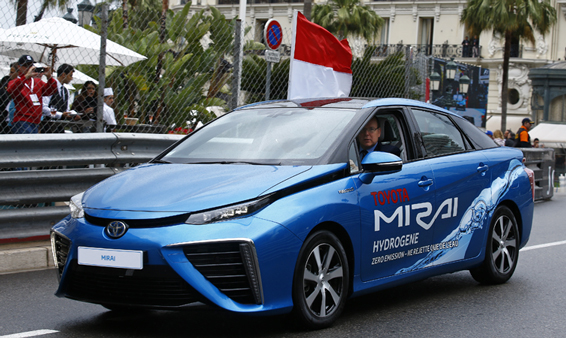 Meanwhile at Gurston Down in Wiltshire, Mirai made its UK motorsport debut, striking a contrast as one of the world’s most advanced vehicles, competing in one of the sport’s oldest and most traditional formats – a hill climb speed trial.

Driven by journalist David Finlay and sporting a one-off mirror-chrome full body wrap, it recorded a best time of 44.44 seconds over the 0.6-mile course, at an average speed of 62.5mph.

At both events, Mirai ran whisper-quiet and produced no tailpipe emissions other than water from its hydrogen fuel cell system. Introduced in selected European markets, including the UK, in the second half of 2015, Mirai is a pathfinder for the use hydrogen fuel in a vehicle that offers the same levels of convenience and practicality as a conventional petrol or diesel car – a range of around 300 miles and refuelling time of between three and five minutes.