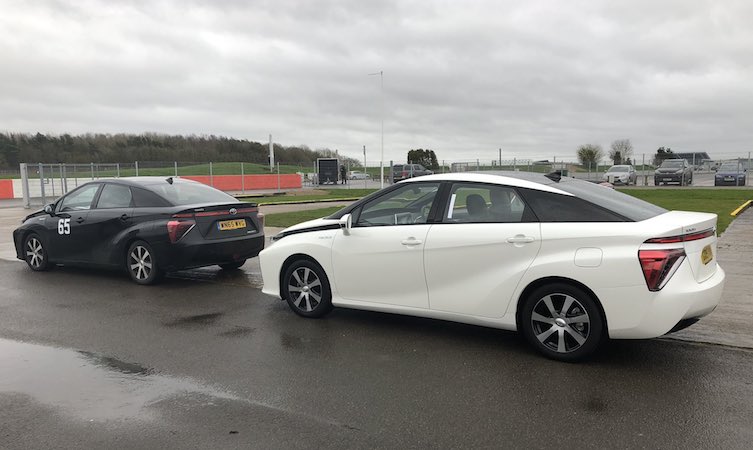 When asked what I spent my weekend doing in the midst of Storm Dennis, the sentence ‘autotesting a hydrogen-powered Toyota Mirai at Silverstone’ would be fairly far down my list of expected answers.

However, after turning up to support the second running of the Toyota Parallel Pomeroy Trophy last Saturday, a late withdrawal meant that I was offered the opportunity to take part in the event in Toyota GB Press Fleet’s hydrogen-fuelled Mirai, and pit the car against an eclectic mix of Toyotas new and old.

Ominously, our white Mirai was given competition number ‘1’, which ramped up the pressure on me just a little…

The first test was scrutineering, and the Mirai’s spacious boot and interior meant that I passed the dreaded suitcase test with ease – a small win over the many nimble MR2s who were found lacking in this department.

To my surprise, the Mirai also performed excellently once the driving tests required you to really put your foot down. With Power Mode engaged, the electric motor produced enough power to generate wheelspin off the line, and my times of 12 seconds and 3.5 seconds on the slalom and start-stop tests respectively were up there with the sportiest of Toyota models. 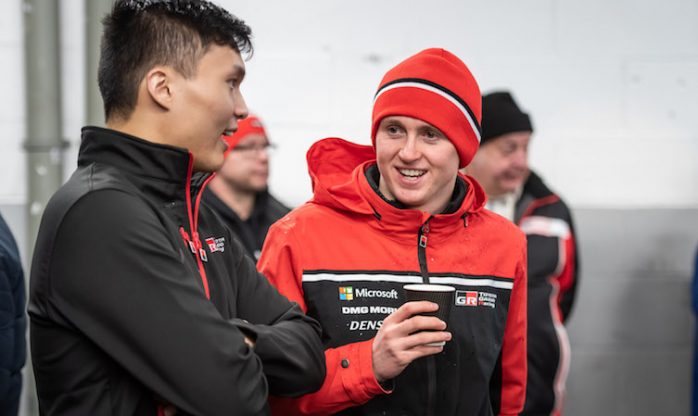 The acceleration and braking performance of the Mirai continued to impress as I rattled through the tests, helping to counteract the understeer that naturally comes with a car of the size and weight of the Mirai.

Negotiating the Toyota logo test proved to be the ultimate challenge, and despite the less than ideal conditions, I found the Mirai to be responsive and composed. Unfortunately, I was not quite as impressive, getting lost and picking up penalties for missing out marker cones!

One of my main takeaways from the day was the impressive braking performance of the Mirai. In fact, the biggest challenge I faced in the tests was judging how late I could brake to stop at the right point; I repeatedly found that I was braking too early, with the cars stopping power taking me by surprise every time.

The forward/reverse test was a great example of how quickly the Mirai could get up to speed and then stop, and the good rear visibility and reverse camera also aided me to spot the cones I needed to straddle.

The Mirai may not immediately appear the ideal vehicle in which to attempt a motorsport event in, although it has previously competed in a hillcimb, which you can read about here.

Although it’s not designed to attack the various speed and agility tests that the ‘Para Pom’ offers in the same way as a GT86, Supra or MR2 is, its performance exceeded any expectations I had and meant I was able to really push and have some fun.

My car was joined on the day by a second Mirai entered by DriveTribe. With both us drivers coming away with big grins on our faces, and with the only exhaust emissions from our cars being water vapour, it would be fantastic to see more of these impressive fuel cell vehicles at other motorsport events in the future.