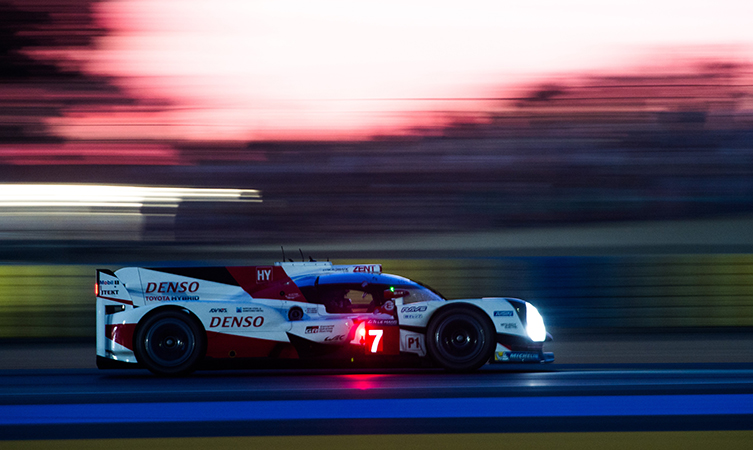 Kobayashi posted a lap time of 3min 14.791 sec, slicing more than two seconds off the previous best time for the track in its current layout.

That wasn’t the only record that tumbled during the final round of qualifying. Driving in the No.7 car he shares with Mike Conway and Stéphane Sarrazin, he hit an average speed of 156.471mph – faster than any other car in the 94-year history of the race.

“I got in the car with 100 per cent confidence and when you are confident, you are quick,” said Kobayashi, who will become only the second Japanese driver to start Le Mans 24 Hours in pole position following Kazuki Nakajima’s performance for Toyota in 2014.

“It was an amazing lap and the car was brilliant. Still, it is a 24-hour race so the important thing is the race result and that is what we are focusing on,” added Kobayashi.

The good news doesn’t stop there. Toyota locked out the front row of the grid with the No8 car of Sébastien Buemi, Anthony Davidson and Kazuki Nakajima lining up in second, thanks to a time set by Nakajima during the last of the three qualifying sessions. 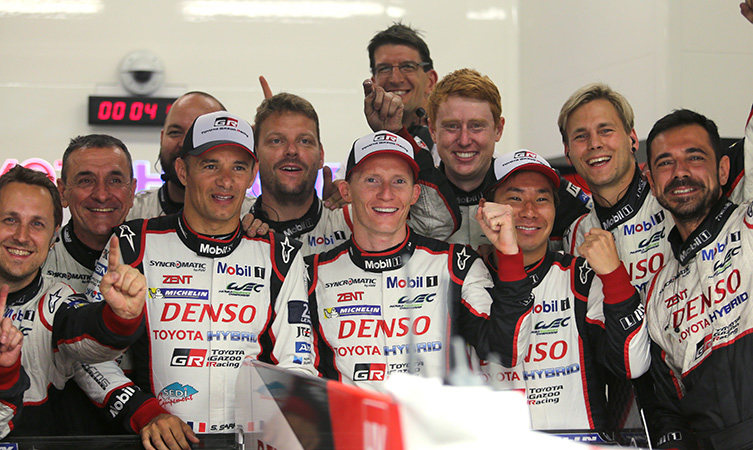 Read more: Our unmissable guide to the ultimate race.