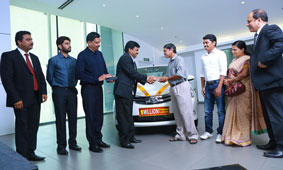 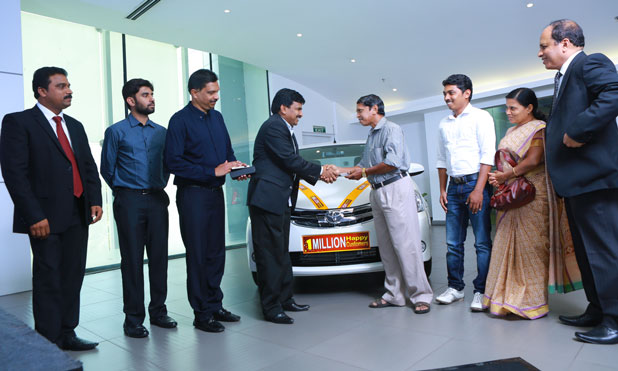 It’s only a few weeks since we were celebrating six million sales of Toyota hybrids, and the records continue to tumble: one million Toyotas have now been sold in India.

A special handover presentation was held in Delhi last week, where the keys of of the landmark car were handed over to their new owner.

The car in question was a Toyota Etios, an entry-level model developed for the Indian market and built at the Toyota Kirklosar Motor (TKM) plant in Bidadi, Karnatakar state.

At the ceremony Mr N Raja, senior vice president of TKM, thanked Toyota’s customers, dealer partners, employees and suppliers for their support and commitment, and pledged to “continue to focus our efforts in bringing Toyota’s globally renowned products to the Indian market”.

TKM was established in India in 1997 and began production of the Corolla in 2002.