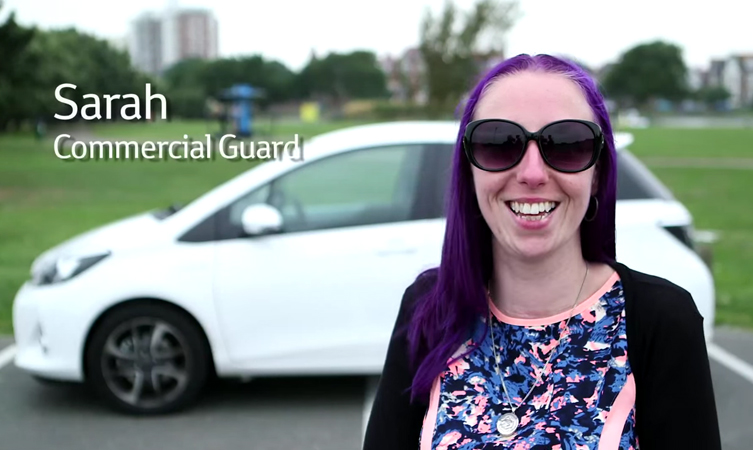 Sarah Watson lives in Portsmouth, Hampshire, and drives a Toyota Yaris Hybrid. With a demanding job in the transportation industry that requires her to work long hours, the silent running of her Yaris in EV mode, coupled with its low running costs make it her ideal companion.

Sarah says: “If you live in the city, having a hybrid is just so much easier. Having a Yaris Hybrid is just perfect for me because it’s not too big and it’s not too small. I love the blue interior backlighting, the partial leather trim with blue stitching and my sat nav – I can’t live without my sat nav!”

She adds: “I genuinely think that if more people made the switch to hybrid they will begin to see the savings mount up.”

As well as talking to Sarah, we’ve also spoken to retired husband and wife John and Margaret Spirit, and mountaineer Nuno Madeira, who both own Toyota Auris Hybrids. In recognition of the ever-increasing popularity of hybrids in the UK, we’ve imagined what a town where the roads are inhabited only by Toyota Hybrids would be like, which you can watch here.