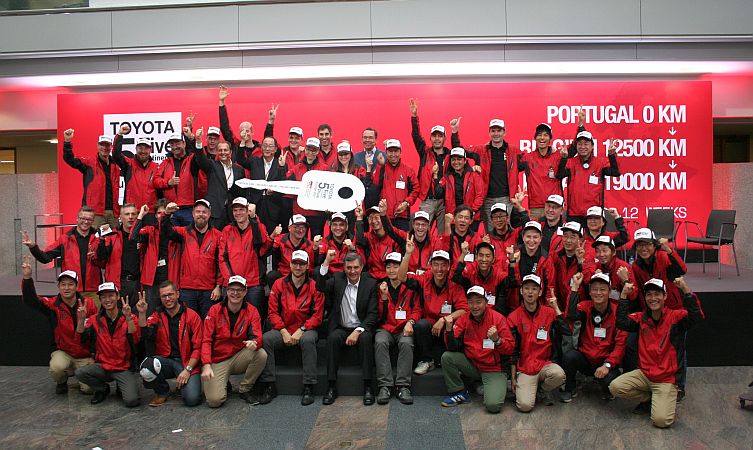 The final week of the summer stage of Toyota’s Five Continents Drive tour through Europe saw the team conclude its epic eight-week and 13,500km adventure at an appropriate location – Toyota Europe’s HQ in Belgium.

Following our whistle-stop tour of the British Isles, week eight – the final leg of the summer section – saw the team board the Eurotunnel and return to mainland Europe. No visits or special stages were planned; the goal was simply to get closer to Brussels for the closing ceremony. Despite this, the team decided to prioritise scenic routes to relish the smoother and more relaxed pace found on French roads. 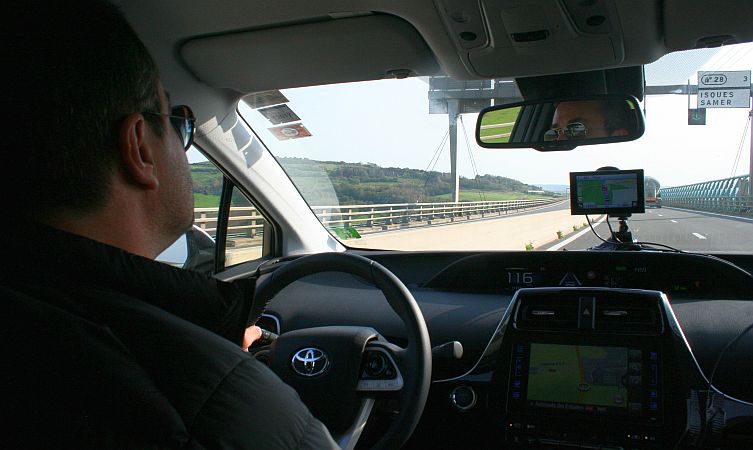 After arriving in Rouen, the team gathered for the daily debrief to further discuss the differences between driving in the UK and France. The general consensus was that French roads were better and there was a benefit in traffic flow in having a higher 130km/h (80.6mph) maximum speed limit on motorways.

Today a special visit was scheduled for Toyota Motor Manufacturing France (TMMF), located a few hundred kilometres away in Valenciennes. After an extremely warm welcome from the staff, the team posed for photos and then headed inside for a presentation from plant president Luciano Biondo. 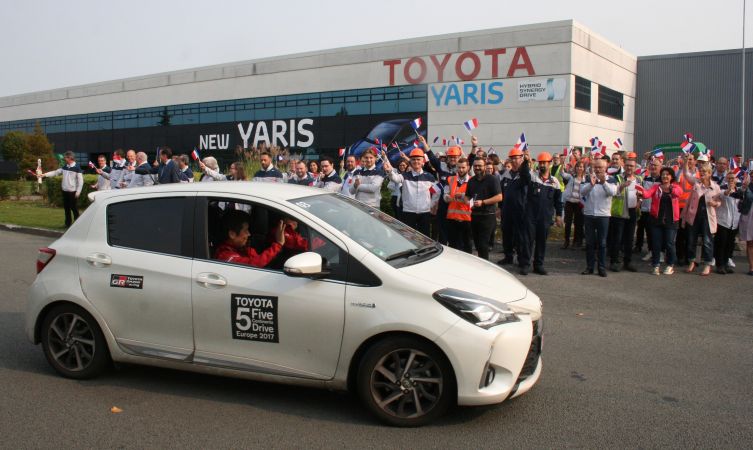 The TMMF facility has been producing Yaris since the first generation, and the Yaris Hybrid model from 2012. It is frequently commended for its environmental production processes, but in true Toyota fashion there is a continuous effort being applied to improve these systems. Which is perhaps why photography was not permitted during the extremely informative and enlightening tour. 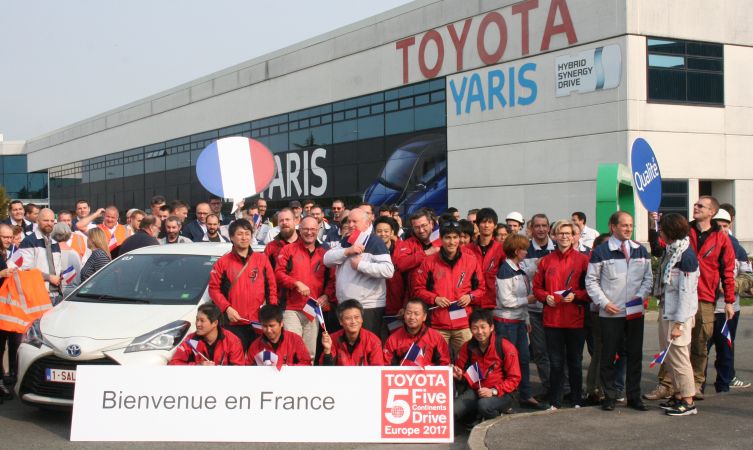 For the penultimate day of the summer leg of the 5C European tour, a special stage was organised. Leaving France early in the morning, the team crossed the border into Belgium and headed toward a secret test route regularly used by Toyota in the development of cars. 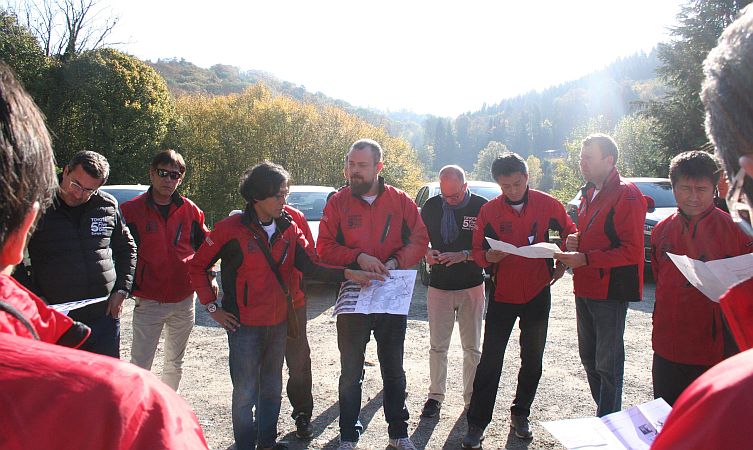 Handling, ride comfort, steering, braking and overall performance were evaluated on a route that included a good mix of terrains and driving environments, with rough and smooth sections that pass through open country roads and small but busy villages. In order that everyone had an opportunity to experience the 30-minute route, it was decided that each car would complete two laps and a driver swap would take place between lap one and two. 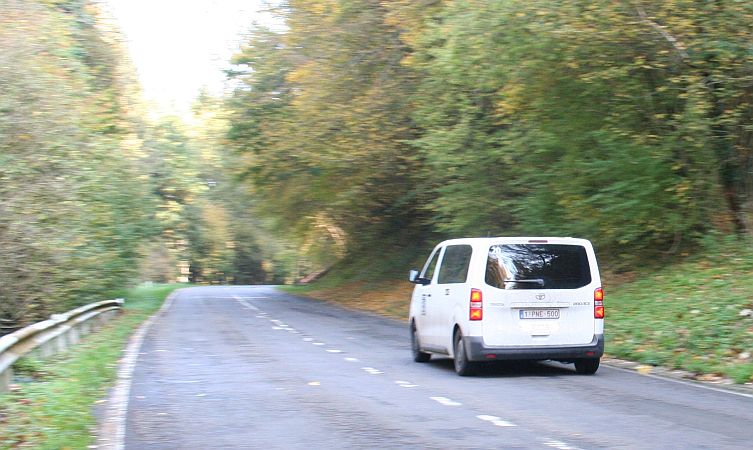 After lunch we continued to our rest point for the evening at Spa. But on our way we couldn’t resist stopping off at the famous Circuit de Spa-Francorchamps to take in the sights and sounds of cars racing furiously around the track.

After 52 days on the road we had now reached the final day of the European summer drive. So after carrying out one last safety check at the hotel, the team departed on the two-hour drive towards Toyota Europe’s headquarters in Brussels. A special event had been organised to celebrate crossing the finishing line after eight weeks and 13,500km of driving across Europe. 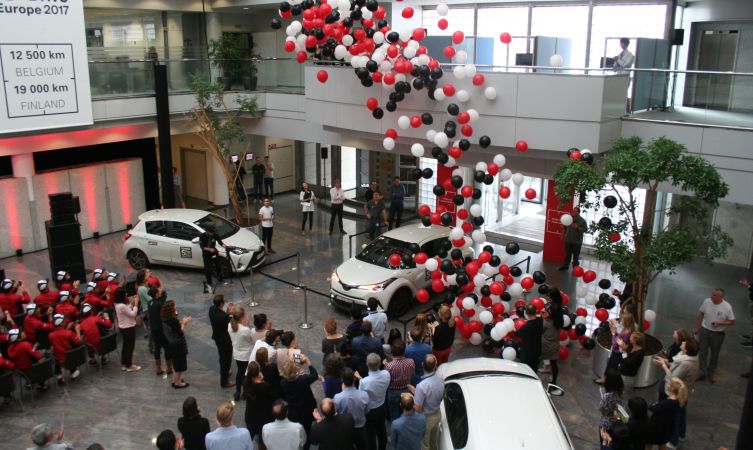 The 5C vehicles were parked inside the building and a special presentation was delivered, which included a video documenting the highlights of our travels over the past two months. Toyota team members from Japan and Europe were invited on stage to share their feelings and what they had learned from participating in this unique experience. 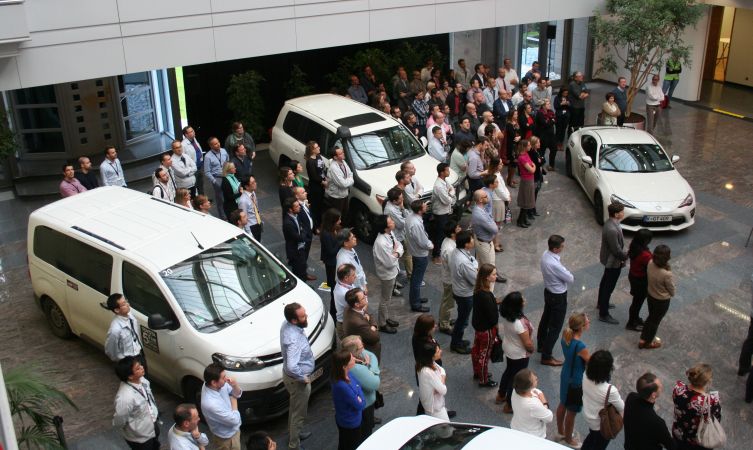 Bringing the event to a close, the team shared a lovely meal before diligently removing all test equipment from the cars. The vehicles were then cleaned (for the first time since leaving) and returned to Toyota Europe. One last debriefing session then allowed the team members to share any final thoughts, not only about the cars but the cultural differences we experienced along the way. 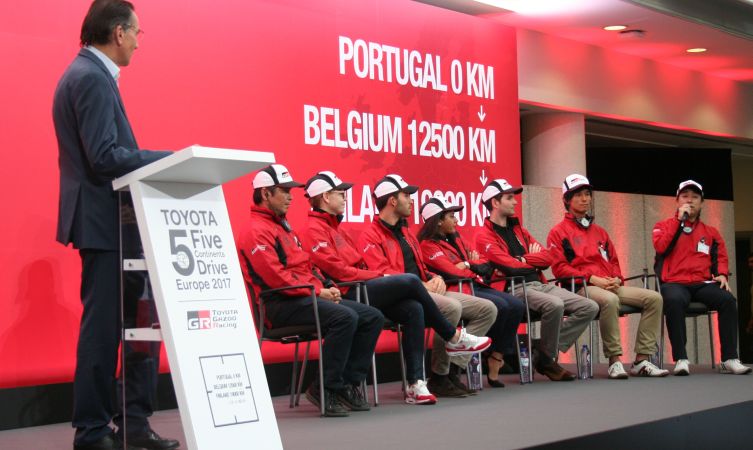 The summer leg of the European drive is now over but the final winter stage through Scandinavia will commence in November and run for four weeks. 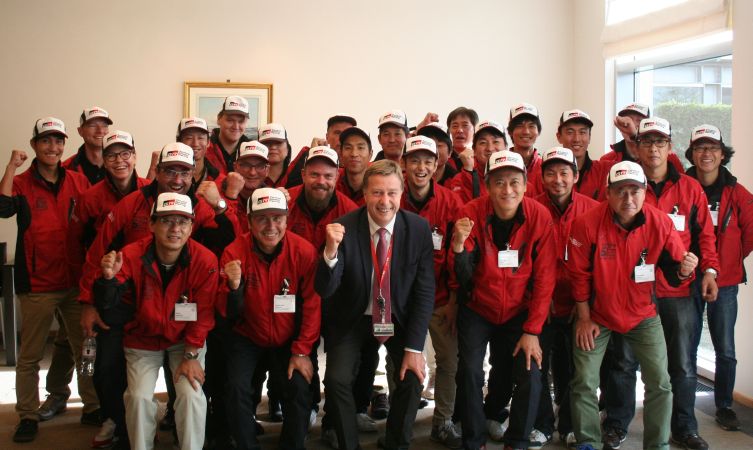