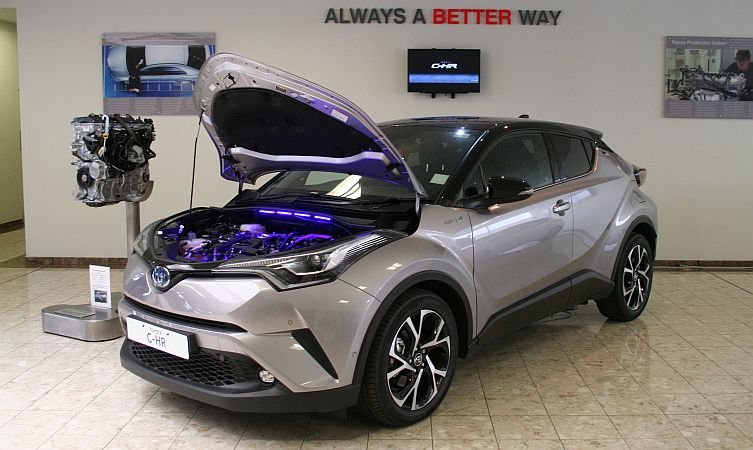 This penultimate week of the initial stage of Toyota’s European fact-finding tour sees the team experience Britain’s spectacular north-west and a whistle-stop tour of the Republic of Ireland.

After a weekend of rest in Birmingham’s bustling city centre, the Five Continents Drive team was ready to set off on the next stage of the journey through the British countryside. 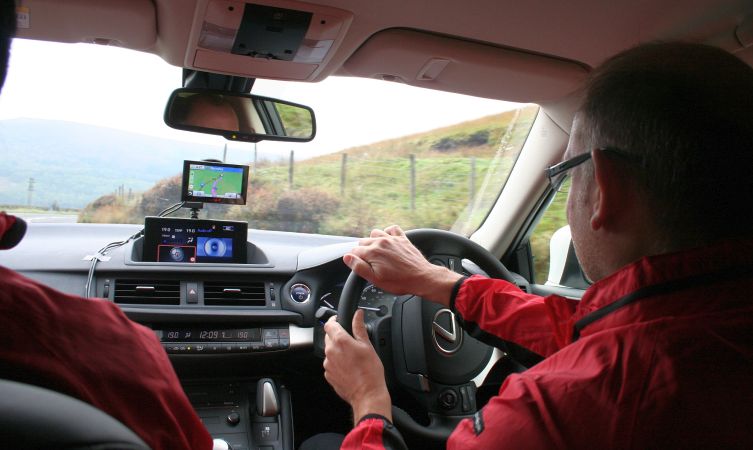 Continuing north on rural B-roads, we passed many small villages before taking a beautiful scenic route through the Peak District. This included the infamous Snake Pass, which crosses the Pennines between Glossop and the Ladybower Reservoir. The route was selected to test all aspects of the vehicles across a wide variety of features, including narrow sections, steep hills, sharp hairpins and free-roaming livestock. And to make the journey more challenging, the weather conditions changed constantly over the course of the day.

After carrying out the daily safety checks in the beautiful surroundings of Lake Windermere, we took a short drive to another infamous – and testing – hill pass. 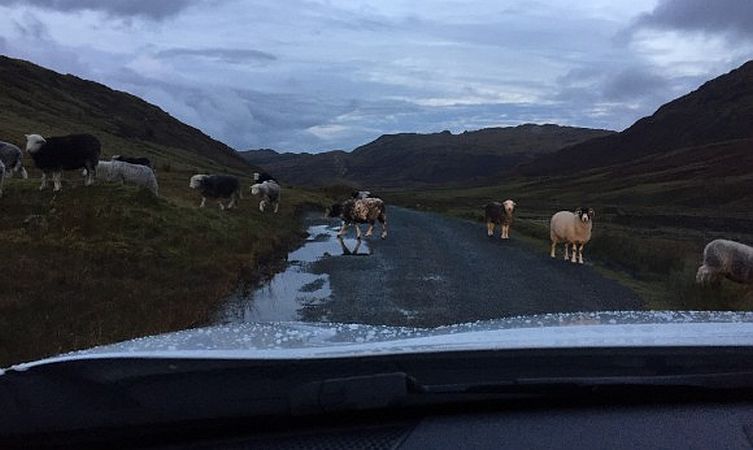 The Hardknott Pass is a challenging single track road through the middle of the Lake District, with steep and twisting narrow roads. It claims the title of the steepest road in Britain with a maximum incline of 30%, so the drivers had to be careful navigating the narrow track as mountain sheep cross the road oblivious to any dangers. Although the roads were scarily small for some of the larger vehicles in our convoy, the stunning views and challenging drive was thoroughly enjoyable. 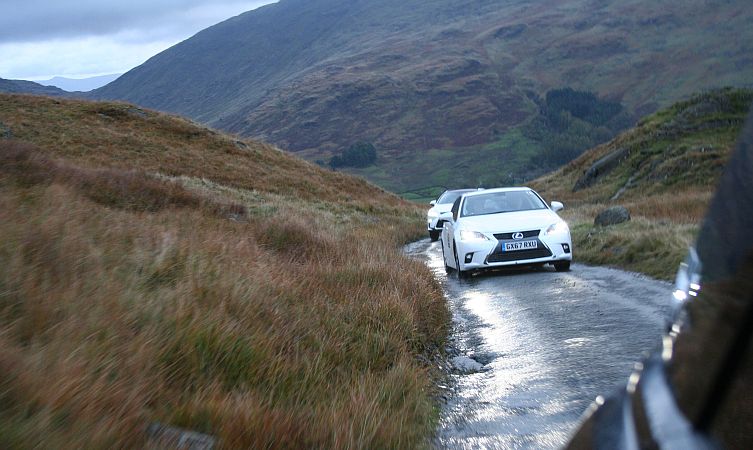 Continuing toward Scotland, driver changes were carried out at Cockermouth and Dumfries, before we eventually arrived in Cairnryan for the Belfast ferry. The two-hour crossing was used to discuss in detail how each car performed.

Having spent a single night in Northern Ireland, today saw the team cross the border into the Republic of Ireland for a meeting with Toyota Ireland. Motorways were mostly avoided on the route to Dublin as there was a desire to experience rural Irish B-roads. 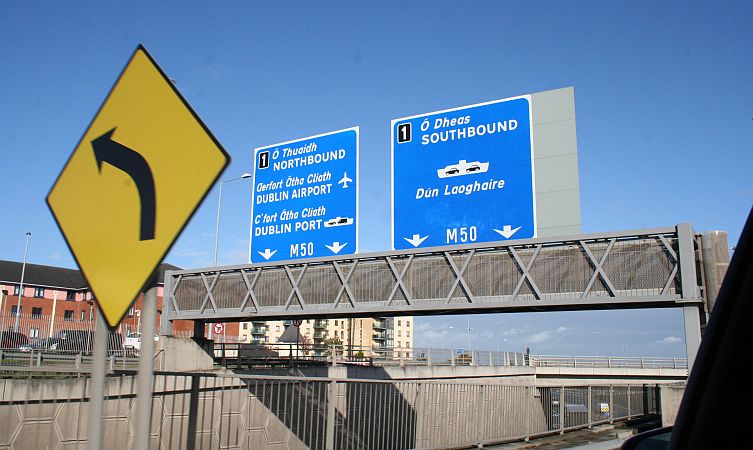 On arrival we were welcomed by marketing manager Ian Corbett, who had joined the 5C drive during week five. Ian delivered a presentation on the local Irish market, where Toyota is currently recognised as the market leader. Toyota Ireland started back in 1973 and it has grown to now capture a 14.5% share of the overall passenger vehicle market. 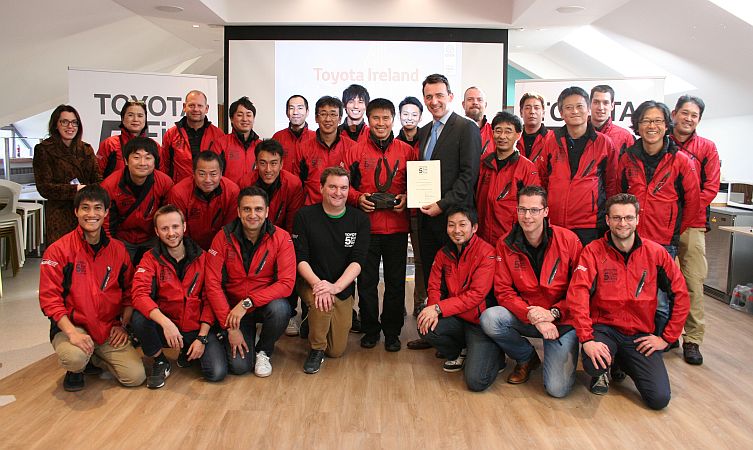 Following the presentation, chief executive of Toyota Ireland, Steve Tormey, presented a special sculpture to team leader Katsumi Morikawa. We then organised a group photo and said our goodbyes before travelling to our hotel, where the team was presented with comparative data to analyse from the previous week.

Leaving the hotel at the crack of dawn, the team headed straight to Dublin port to board the ferry for Holyhead, Wales. Four hours later our ten-car convoy rolled back on to UK soil with a mission to make our appointment at the nearby Toyota engine manufacturing plant in Deeside. 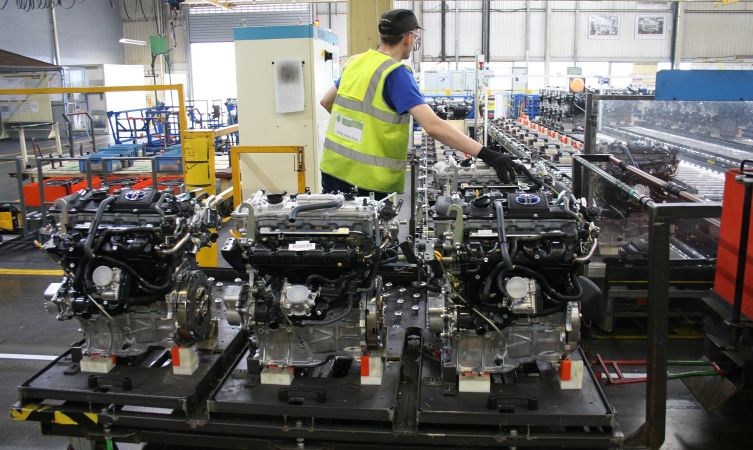 A warm welcome was given by the members at Deeside, who then delivered an informative presentation on the UK automotive landscape and the work that goes on at the plant. Their figures showed that last year 1.7 million cars and 2.5 million engines were built in the UK, and the country’s automotive market turned over £71.6 million. 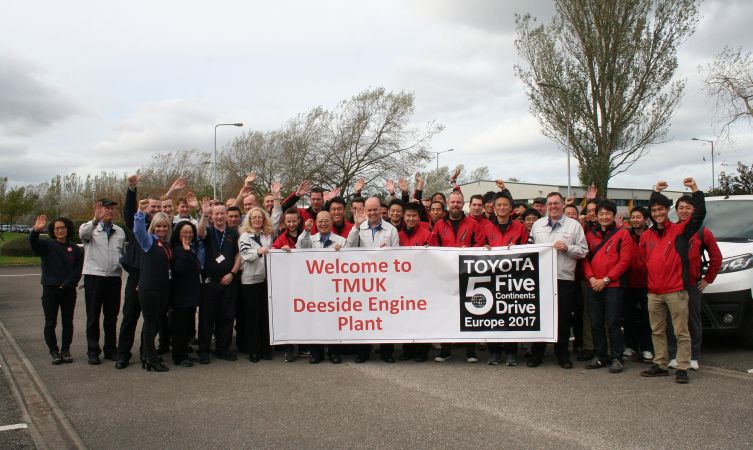 Over 600 employees currently work at the Deeside plant. Combined with the vehicle manufacturing plant in Burnaston, the two facilities represent the outcome of Toyota’s £2.5 billion investment programme in the UK. But rather than the day being an illustration of financial investment, it was fascinating to experience the Toyota production system at work.

On the final day of Week 7, we left Stoke-on-Trent and travelled south towards Buckinghamshire where the team visited the UK’s largest Toyota dealer group, Steven Eagell, for more insight into the buying habits of the UK car market. Valuable feedback from customers was recorded for later discussion, keeping in mind that the aim of the Five Continents Drive project is to make ever-better cars – both to drive and to own. 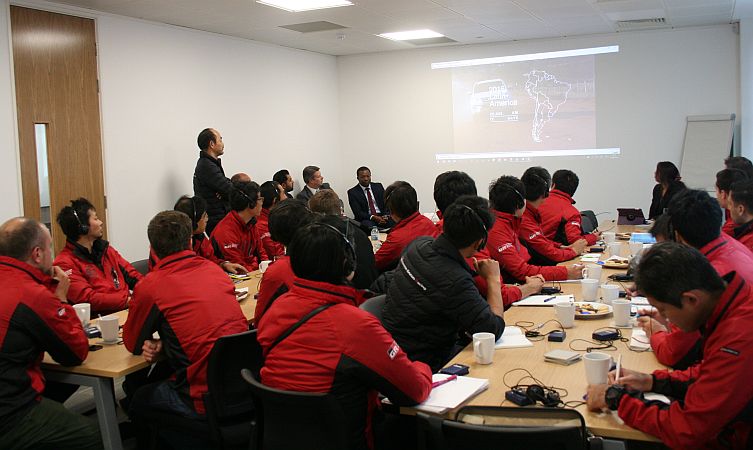