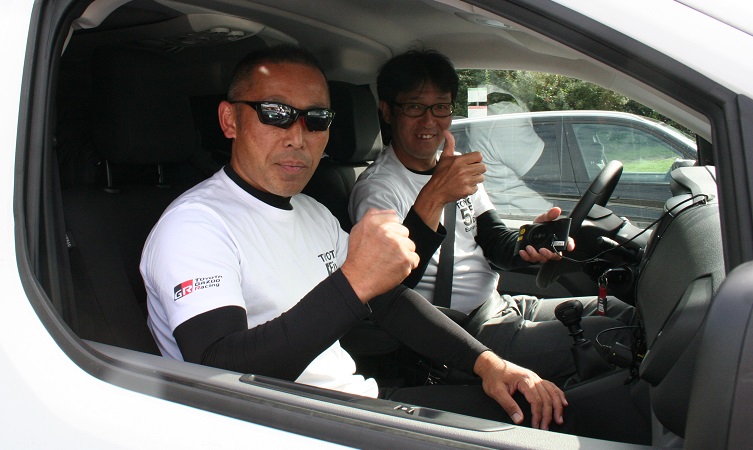 Having made its way through some of the southern parts of central Europe last week, Toyota’s Five Continents Drive team continued its European tour through Slovenia, Hungary, Austria, the Czech Republic, Poland and Germany.

The beginning of week three saw new team members join the group to replace those who had to return home over the weekend. The vehicle line-up was also tweaked, with the mighty Land Cruiser exchanged for a tiny Aygo (we kid you not), and one of the competitor vehicles switched for another alternative to further the team’s comparison and analysis. 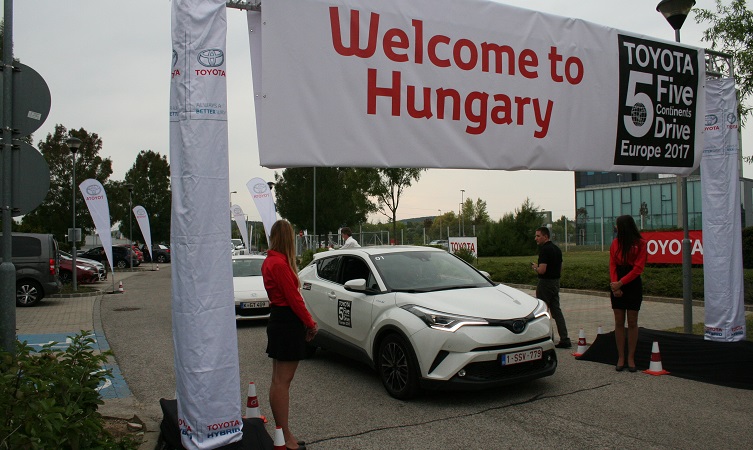 With the navigation systems ultimately set for Budapest, we left our hotel in Ljubljana. The roads were steep and winding and conditions were extremely poor due to heavy rainfall, but we eventually reached our primary stop-off at the headquarters of Toyota Central Europe (TCE) in Hungary.

A warm welcome was delivered by director Richard Laszlo, who explained how TCE cares for the Czech, Slovakian and Hungarian markets. The group also received an informative overview of Toyota’s performance in the Hungarian market, plus constructive feedback from customer surveys on both the private and commercial car sectors. 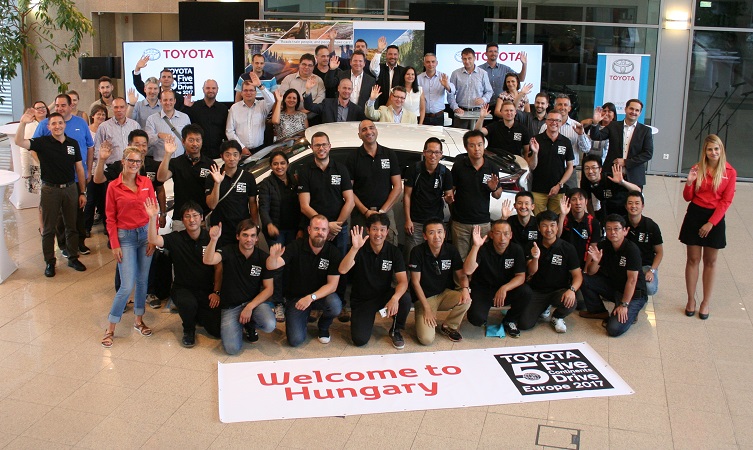 A short drive to our hotel in Budapest meant this local market information stayed fresh in everybody’s minds, leading to lively conversation in the daily debriefing session. The variety of roads and weather conditions also provided valuable feedback about the performance of our fleet of cars.

Today’s relatively short driving distance meant we could enjoy a later than usual start, which was greatly welcomed by the road-weary team. However, while the final few hours of Hungary were aesthetically beautiful, the overall condition of the roads was very poor. Potholes littered the route and the surfaces varied greatly, mixing sections of tarmac with patches of concrete to create different textures and grip levels. 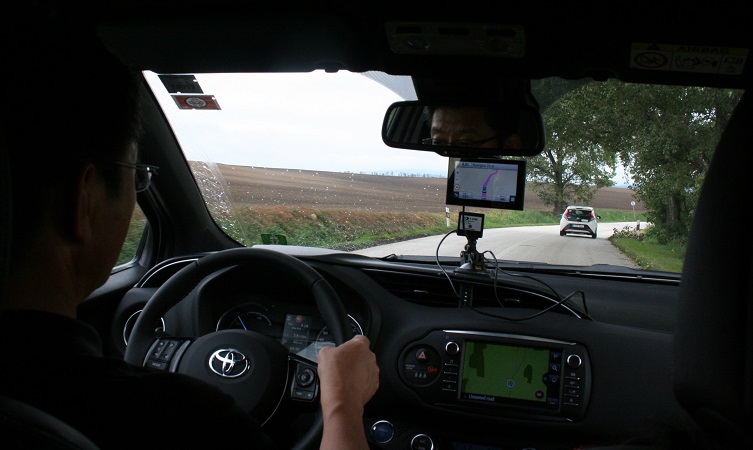 On the plus side, this was a good test for the suspension, steering and handling of all the vehicles involved. We also encountered many steep hills that helped us evaluate engine power and regenerative braking on our hybrid models, not to mention the worrying speeds at which you were legally allowed to enter some bends.

After crossing the border into Austria the road surface improved and the traffic moved more freely. Some of the Japanese team members felt that the driving style here was more aggressive than they normally experienced on Japanese highways but the Austrian drivers were also more aware of other vehicles around them. 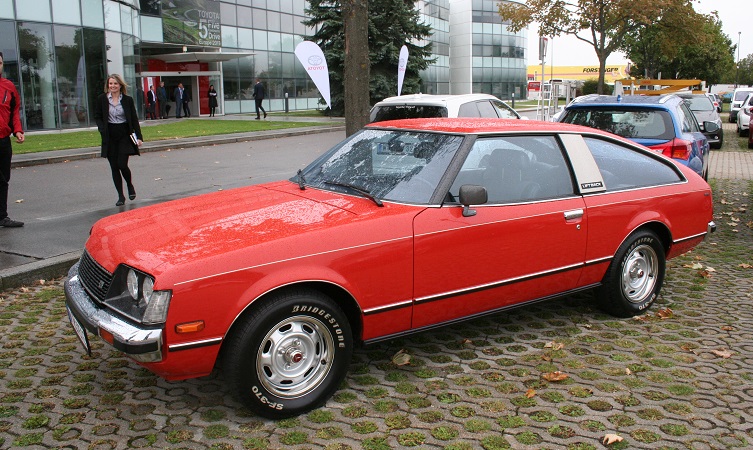 Highlight of the day was our visit to Toyota Austria, which welcomed us in grand style with huge posters across the buildings, a display of classic Toyota models in the car park and a warm round of applause.

Our visit included a tour of the headquarters and the chance to see further exhibits from the founding family’s large collection of classic cars and motorcycles. Highlights included Japan’s first supercar, the Toyota 2000GT, and a Toyota Formula One car that was previously used for wind tunnel testing. 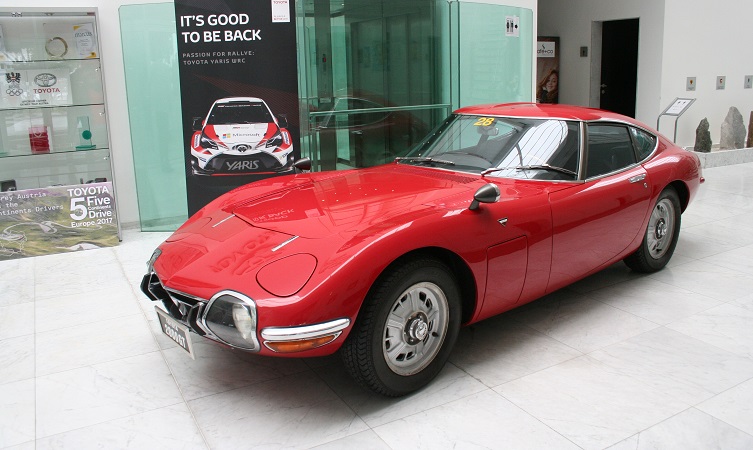 The third day of week three saw the Five Continents team pass through three countries before the day’s end. Having navigated our way out of the busy early morning traffic of Austria’s capital city, the countryside’s smooth highways, lush green fields and huge windmills seemed to have an instant calming effect. 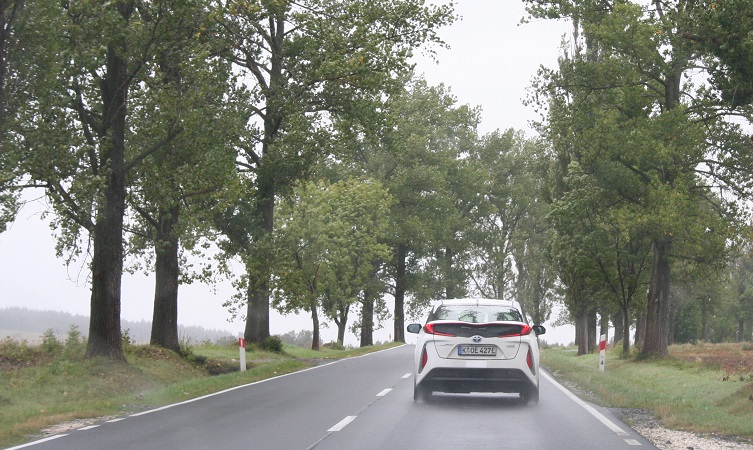 A change in road quality was noticeable as we crossed into the Czech Republic, although the surfaces were by no means the worst we had encountered so far. That notoriety was reserved for the cobblestone avenues that took the team through a number of quaint Polish villages. It felt like the cars and occupants were being put through some kind of repetitive strain injury test, so we were delighted to come out the other side and reach smooth roads again.

A similar relief was experienced in safely reaching the evening’s destination without incident. We couldn’t believe how reckless some of the local Polish drivers were in impatiently overtaking around blind corners.

Day eighteen started with an educational visit to Toyota Motor Manufacturing Poland (TMMP), the engine and transmission plant in Walbrzych, Poland. After formal introductions by president Eiji Takeichi, the team was invited to sit in on a presentation on the history of Toyota in Poland and, more specifically, the manufacturing plant itself. 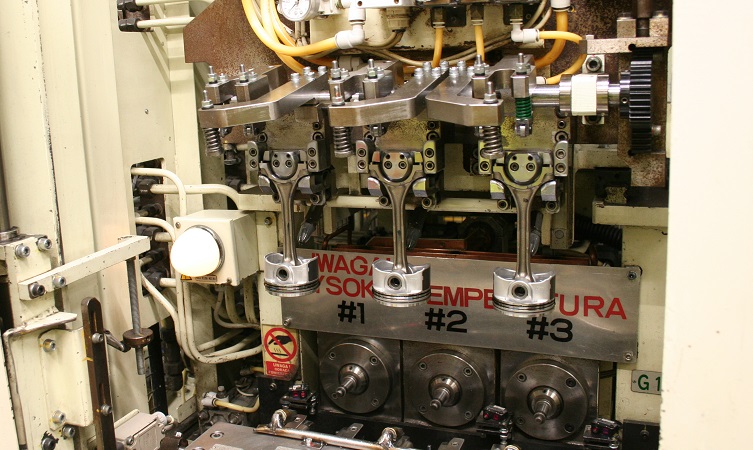 From its establishment in 1999, TMMP has grown into one of Toyota’s largest European production facilities, currently producing around 370,000 engines and 720,000 manual transmissions  per year for models such as Aygo, Auris and Avensis. It was fascinating to be able to see first-hand how humans, robots and autonomous machines work together in harmony, and how the process of kaizen is used to continually assess production methods to ensure maximum quality and efficiency. 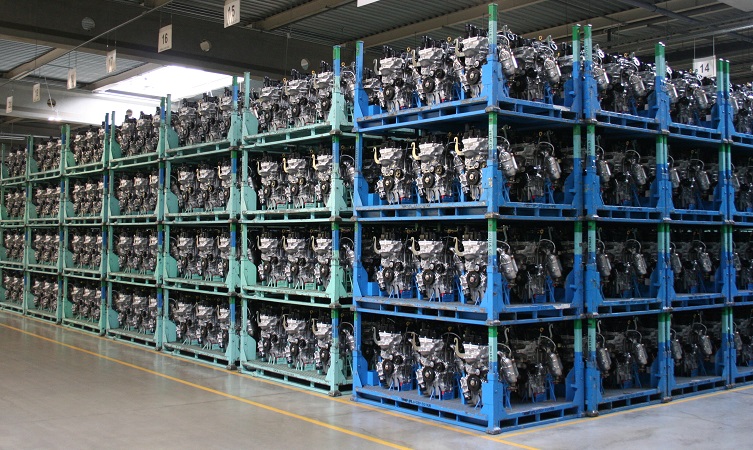 Multiple road closures slowed our progress towards the evening stop in Prague by a couple of hours. However the flip side to this was an unexpected tour of Poland’s Narodowy Park, an area of outstanding natural beauty with some fantastic driving roads.

The aim for the last driving day of week three was simple; to give everybody the chance to experience the German autobahn in as many of the vehicles as possible. Extra attention was therefore paid to high-speed acceleration, steering, brakes and the wind noise generated by every car in the convoy. 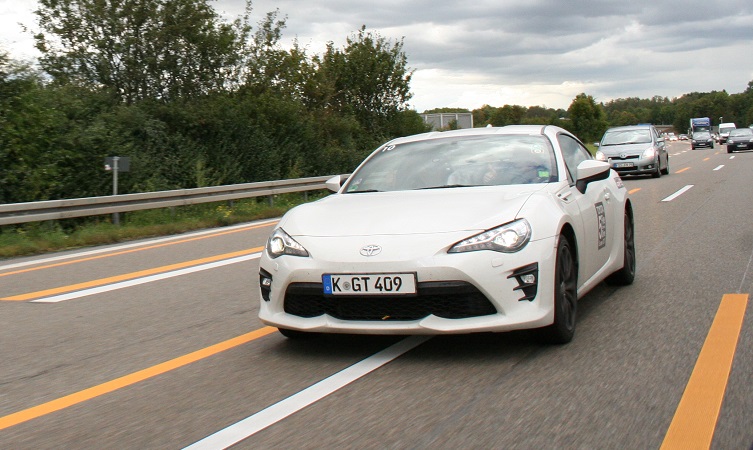 The quality of the road surface on the autobahn was probably the best we had experienced so far on this trip. And even though the speed at which the traffic was moving varied greatly between lanes, most drivers were very aware of other vehicles around them when switching lanes and of vehicles approaching at greater speed within the same overtaking lane.