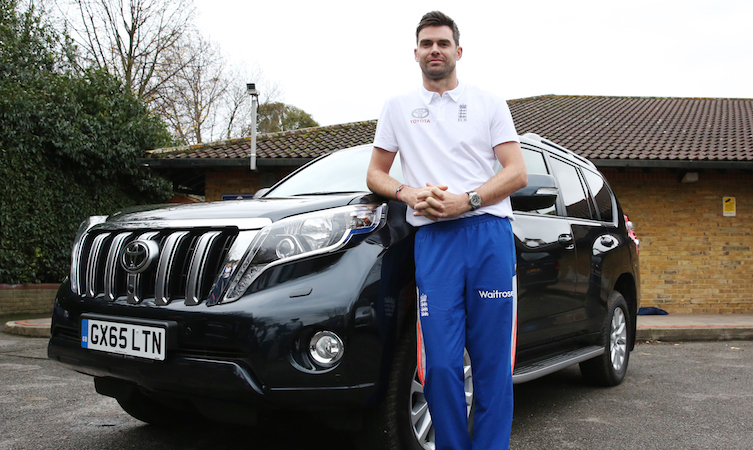 The Toyota Future of Cricket project has begun, and as an official partner of the England and Wales Cricket Board, Toyota is using it’s ‘Always A Better Way’ philosophy to seek out ideas to see how to make the game even better.

If you’ve not yet heard about the project, you can find out more here. Better yet, you can watch our video of England cricket hero Jimmy Anderson hearing some fantastic new suggestions for the game from primary school children below.

During his visit to the school, we caught up with Jimmy to see what he made of the kids’ ideas, where he sees cricket going in the future, what he thinks about his Toyota Land Cruiser and his predictions for the South Africa tests.

Jimmy Anderson: It’s been great, I’ve really enjoyed listening to their ideas. As you’d expect from young kids there have been some really off-the-wall suggestions, but they’ve also had some really clever ideas which wouldn’t look out of place in a real cricket game.

The idea for a NFL-style blocker on the fielding team who try to stop the batman from making a run really made me laugh. The batsman would have to avoid or run past the blocker to make it to the opposite end – that would certainly give the fielding team a better chance of getting a run out.

There was also some interesting suggestions like double runs in the final over of a day’s play, or higher scores for hitting the ball to certain parts of the field. I could definitely see ideas like that coming to T20 or one-day cricket at some point in the future.

TB: The Toyota Future of Cricket project is all about looking for ways to keep pushing the game forward. What’s your view on increasing the level of technology in cricket?

JA: There are clear cases where technology has already improved cricket, and it’s getting better and better all the time – so there’s no reason why we shouldn’t be considering new things we could do to make the game more exciting and fairer. Look at the DRS, for example, which allows us to get more decisions correct – it was a good move to introduce that. If we see tools and ideas that actually improve the game then I’m all for it. 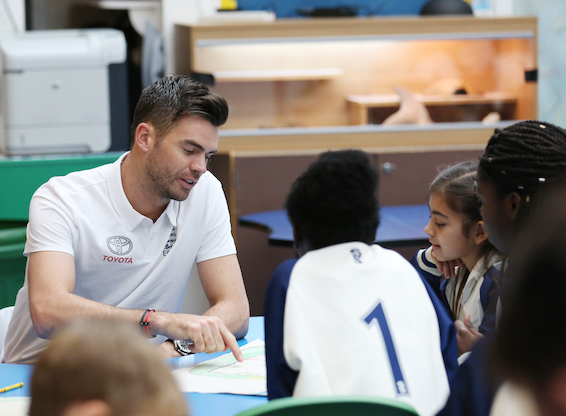 TB: Where do you see cricket going in the long-term – will the shorter formats become even more popular?

JA: We’ve seen recently with the day-night test match that everyone is trying to keep test cricket at the forefront of people’s minds. We’re fortunate in England, as test cricket is still really well-supported and we play in front of sell-out crowds quite a lot, but in the rest of the world one-day cricket has really taken over – particularly Twenty20. The crowds seem to save themselves for that, so the day-night test matches are a good way to keep test cricket relevant and exciting.

I think most players see themselves as ambassadors for the game, so we’re keen to try new things if it gets new people interested and keeps it exciting and entertaining.

TB: Toyota is all about reliability and quality engineering, and you’ve been described as ‘precision engineering personified’ in terms of your bowling. What do you do to make sure you can perform to a high level time after time?

JA: There’s no real secret to that – it comes over years and years of practice. You try to create a muscle memory and exploit it as much as you can, so you know exactly how to make a delivery that hits the area you’re aiming for. When you go out on the field you need to know that what you’re doing is repeatable and that you can do it under pressure – and that’s done where the crowds don’t see, in training and away from the field.

I’m luckily at the stage of my career where a lot of my training and bowling when I’m on the field is more like fine-tuning. With the age I’m at now I don’t want to be putting too much stress through my body and over-practising.

TB: You’ve been driving a Toyota Land Cruiser since the summer. What do you think of it?

JA: It’s great. From my point of view, what I look for in a car is something that’s reliable and comfortable. We travel a lot and do a huge number of miles during the six months we’re in the country, so when I’m travelling from Manchester to Lord’s, Wales, Southampton or wherever it might be, it’s good to know that I’ll get out of the car and not be stiff or feel like I’ve just driven for four hours. That’s really important for my game so the Land Cruiser is perfect for me.

TB: How are you feeling about the series in South Africa?

JA: I’m excited. It’s going to be a really hard challenge for us as South Africa are number one in the world at the moment, but we’re looking forward to that.

I think our teams played well in the UAE against Pakistan but just didn’t quite get the results – so we’ll be buoyed by how the one-day side and the T20 side performed there. We’ll definitely be aiming to transfer some of that positivity into the test game and hopefully we can continue to improve in South Africa.

TB: Thanks James, and best of luck in South Africa.

If you have a great idea to make cricket better, you can take part in the Toyota Future of Cricket project by sharing it by using the hashtag #BetterCricket.