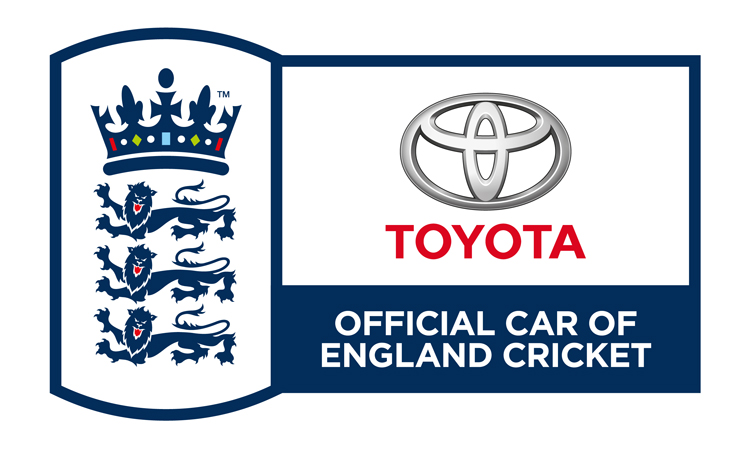 Toyota has today been announced as a new official partner to the England and Wales Cricket Board (ECB).

The initial two-year partnership will see England’s male contracted cricketers at the wheel of a variety of Toyota models including RAV4 and Land Cruiser.

It will also have access to the England’s top players for a range of new marketing and publicity opportunities.

Sanjay Patel, ECB Chief Sales and Marketing Officer, said: “Ahead of a hugely exciting summer of cricket for the England team, we’re delighted to be entering into a new partnership with Toyota. They are a leading high profile automotive brand that continually strives for enhanced performance; a great fit for England cricket. The deal highlights the continued appeal England cricket brings to a variety of brands.”

Paul Van der Burgh, Toyota GB President and Managing Director, said: “Our partnership with the ECB is an excellent opportunity for us to support a fantastic sport that reaches millions of people. We’re proud to be backing England for every success this summer and beyond and providing its players and personnel with vehicles they can depend on.”

The agreement with the ECB is the latest in a distinguished list of Toyota international sports sponsorship, including an agreement earlier this year with the International Olympic Committee to become part of The Olympic Partner programme. Other activities include support for the IAAF World Championships (athletics) and Cricket Australia.