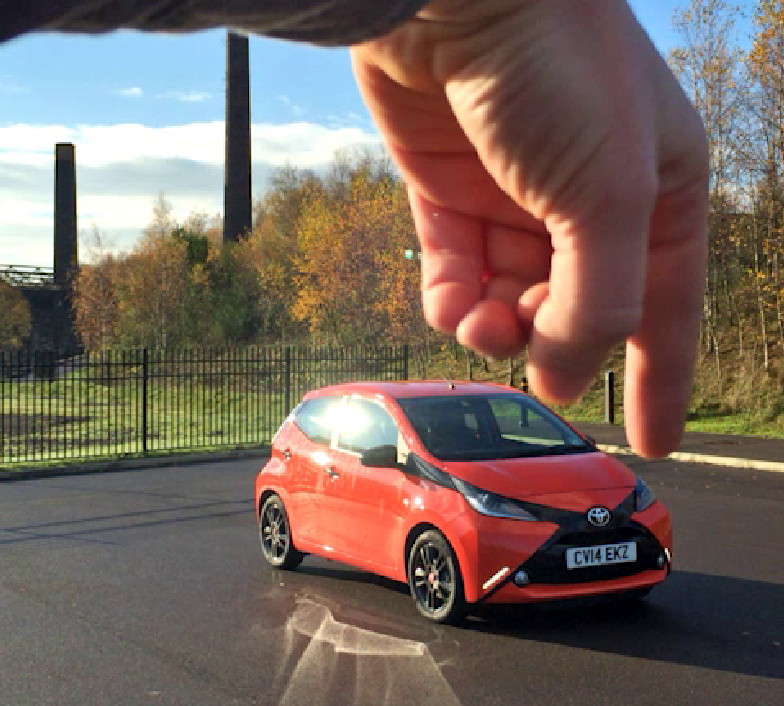 Capturing fun is the raison d’etre for the second of our Toyota Aygo Vines – the first of which was revealed last week – produced by Viner, Gwri Pennar.

Simply titled ‘Fun’, this one sees an Aygo moved around like a toy car by a human hand, which appears as if from nowhere from behind the camera. Filmed using stop-motion techniques, the Vine employs the ever-impressive forced perspective technique, but in a much more sophisticated way than the endless ‘finger on top of the Leaning Tower of Pisa’ photos that litter your Facebook news feed in the summer.

Gwri explained the video’s creative process to us: “We set out to have as much fun as possible with the Aygo,” he begins.

“Using stop-motion animation techniques we were able to move the car virtually. We employed the forced perspective photographic technique, which is popular in Vine, in order to create the illusion of a fun toy car in a real setting.

“I decided to rely on a smartphone and various apps to capture the motion. The music in the Vine reflects the fun we had with the car.”

Keep an eye out for more Vines from other film makers in the coming weeks. In the meantime let us know what you think in the comments section below.