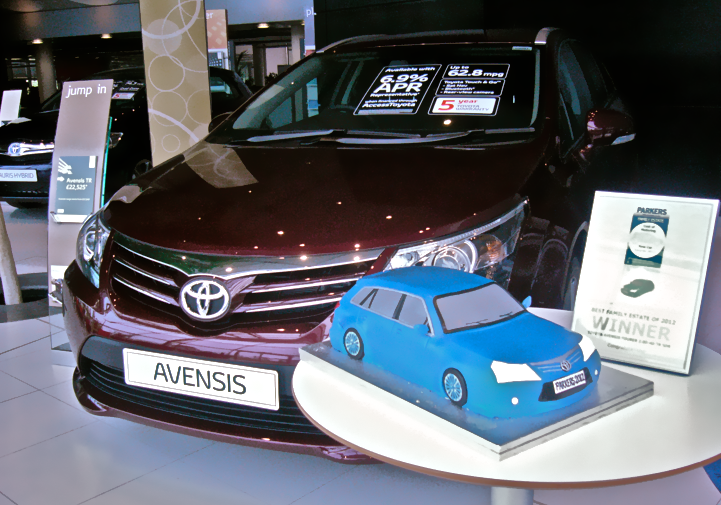 Toyota is celebrating another award this week as the Toyota Avensis Tourer has been crowned the best Family Estate in Parkers Cost of Motoring New Car Awards 2012.

The British-built Avensis, specifically the 2.0-litre D-4D TR model, came out on top based on figures collated by Parkers’ Cost of Motoring tool.

The tool calculates the true costs associated with owning and running a new car, including fuel consumption, depreciation, servicing and road tax.

The award comes at a time when Avensis has been praised for its impressive long-distance fuel economy. Toyota was also recently awarded for its green credentials and 4×4 range, however this latest win really is the icing on the cake…

Kieren Puffett, Editor of Parkers, said: “The Parkers awards are based on statistical analysis of every new cars’ running costs, rather than opinion and the results for the Toyota Avensis Tourer show it to be very good value for money.”

He continued, “With a major new look and extensive changes for 2012, the Toyota Avensis Tourer has propelled itself to the top of its class to be best for value. New more efficient engines not only mean lower emissions but better fuel consumption and are a major improvement over the older model. That is why the Toyota Avensis Tourer 2.0D-4D TR wins the Parkers Cost of Motoring New Car Awards 2012 in the Family Estate Category.”

For more information on the Toyota Avensis, visit Toyota.co.uk.