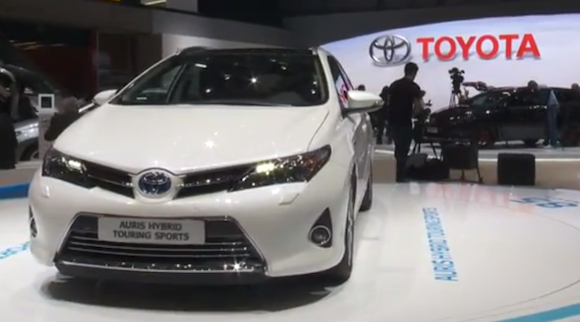 The 2013 Geneva Motor Show has been a great success for Toyota – both the innovative i-Road and the stunning FT-86 Open concept attracted great responses on the show stand and in the world’s media.

In fact, they have been named among the top 5 most exciting concepts at the show.

Watch these new videos the get the best look yet at Toyota’s show stars.

Take a first look inside the Toyota i-ROAD concept and see its incredible manoeuvrability in this beautifully-choreographed clip.

The FT-86 Open concept, which points toward a possible future GT86 convertible, was one of the undoubted stars of the show. This video gets up close and personal with the car, as well as the RAV4 Adventure design study.

We also spotted this fun video, filmed by one of the show’s attendees, of the hostesses and hosts who are working on the Toyota stand celebrating the end of the show’s press days with a dance flashmob.

It’s just like a Friday afternoon at Toyota GB HQ…