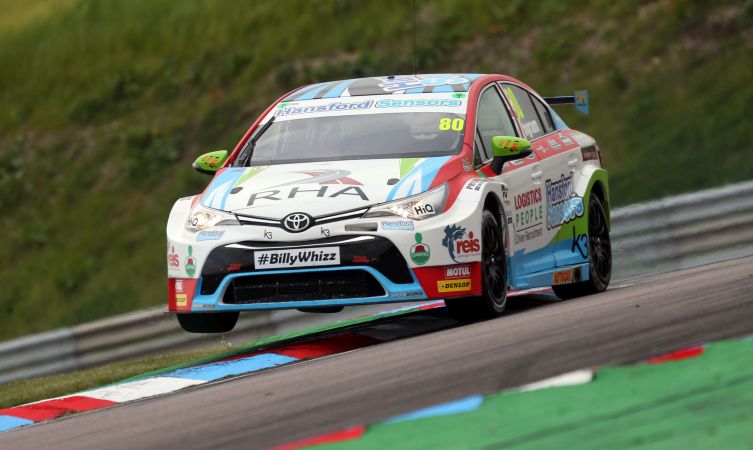 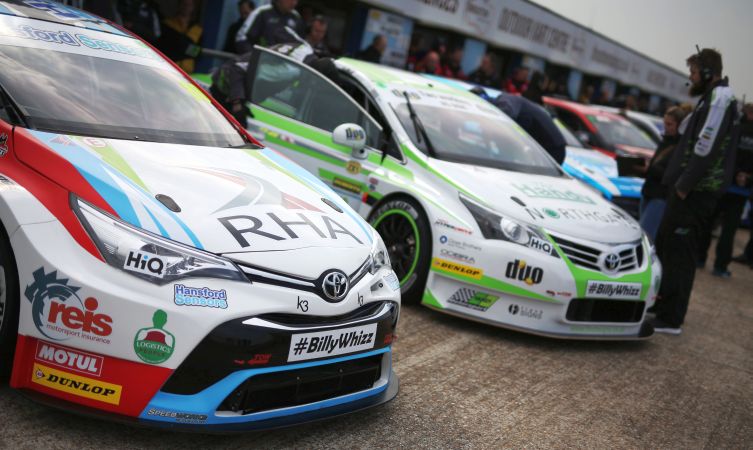 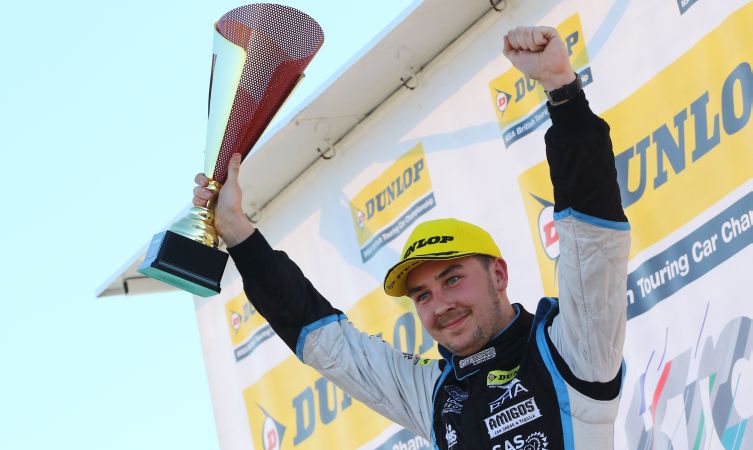 During the morning’s two practice sessions it became evident that championship leader Ingram was unusually off the pace. “We were really struggling for balance and couldn’t get the Avensis hooked-up,” Ingram reported. “That left us all scratching our heads, so we just threw everything at it and managed to get on top of the issues.”

A fourth place finish in qualifying was a remarkable turnaround for the Speedworks team, especially considering the #80 car was also carrying 66kg of success ballast following its results at Donington Park. 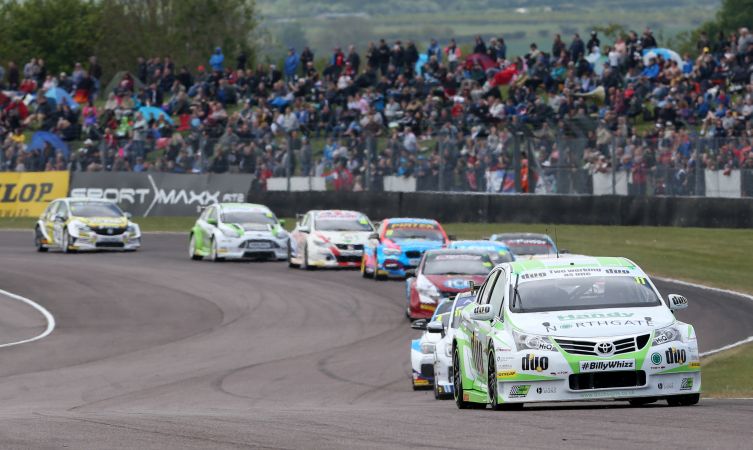 Meanwhile, fellow Toyota Avensis driver Rob Austin finished qualifying just over three tenths behind, securing fifth place on the starting grid. “I’m absolutely over the moon with that – my best lap in qualifying was properly on the edge!” Rob remarked.

Interestingly, the Handy Motorsport team also found it difficult to judge the set-up for Thruxton’s unique challenges. Rob continued: “When we tested here a couple of weeks ago, we struggled with the balance. But the [team] did an awesome job and changed pretty much everything on the car, and from the moment we hit the track in practice it felt so much better.” 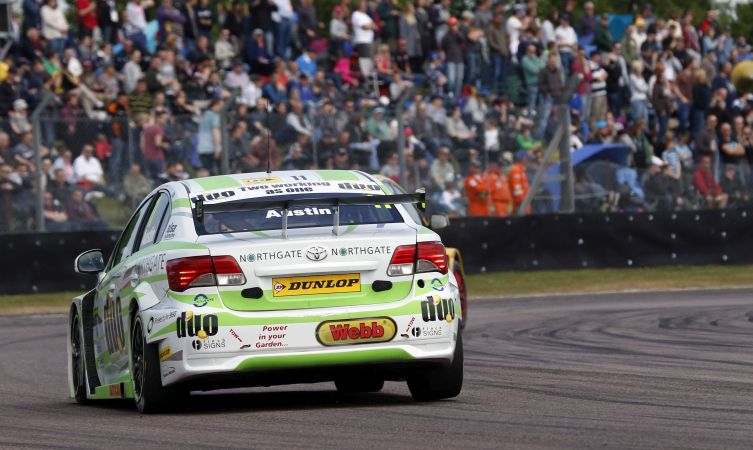 Starting fourth on the grid, Ingram maintained his station throughout race one in a careful balance between applying pressure on the lighter cars in front while staving off threats from behind. One of these threats was fellow Avensis driver Austin, who held on to his starting position of fifth and was hard on the heels of Ingram and the rest of the top four. 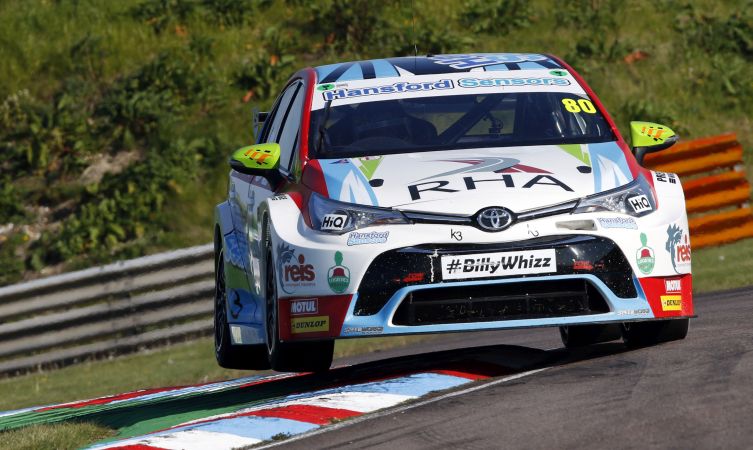 By lap five the gap between the two Toyota drivers was just 0.3 seconds, however increasing pressure from behind saw the Handy driver eventually lose the racing line, momentum and, ultimately, a few places. Now down in ninth place, Austin held his position from lap seven all the way through to the chequered flag at lap 16.

With less ballast on board, race two had the potential to be even more successful for the Speedworks team. True to form, Ingram looked especially fast and feisty. But the weekend’s second race was more notable for two major accidents and being brought to a premature conclusion, the results being declared from lap six. 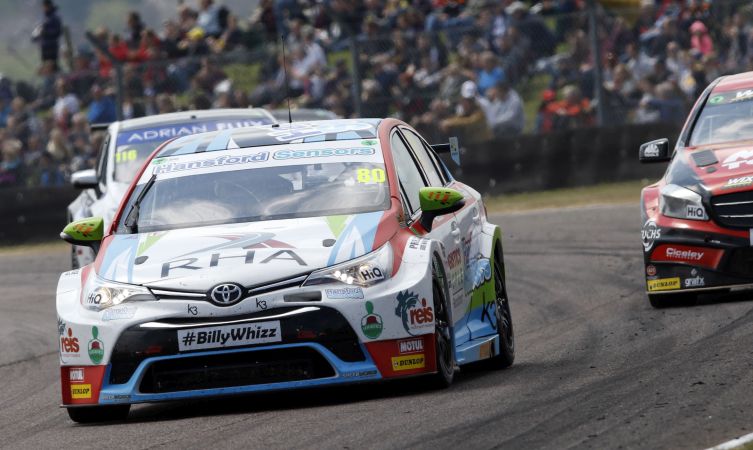 Before the first lap had even been completed, a hefty incident at Church Corner forced the unscathed competitors to join a slow-moving queue behind the safety car. When it was realised that the recovery process would take longer than expected, the race was red-flagged and resumed after a lengthy delay.

Within the space of a few laps Ingram had muscled Ashley Sutton out of fifth, profited from an issue involving Matt Neal, and stolen third place from Jack Goff on a mission to reel in the two leaders. But by lap six the race was stopped again following another incident. Ingram finished in third, while Austin had accelerated from ninth position to sixth. 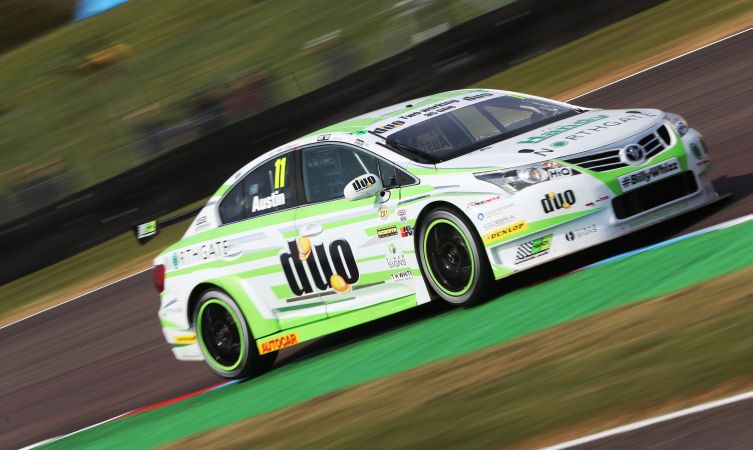 A partially reversed grid for the final round meant Austin was promoted to a front-row start. Despite a decent dash off the line, the Handy driver was edged back into third through the sweeping right-hander at Allard, while a late dive from the Speedworks Avensis saw Ingram assume that third place on the third lap.

Emboldened by this move, Ingram clearly had designs on Colin Turkington’s first place but a heart-in-mouth ‘moment’ on the run down to the final chicane convinced him that discretion was the better part of valour. Second place with 57kg of ballast on board was preferable to potentially losing the entire race.

Meanwhile, pressure from Sheddon, Collard and Sutton kept Austin on the absolute limit through the second half of the race. By the chequered flag, the Handy man had managed to retain fifth place – a positive conclusion to the weekend and an achieved aim of three decent finishes.

The 2017 Dunlop MSA British Touring Car Championship continues on the weekend of 20-21 May when it touches down at Oulton Park circuit in Cheshire for rounds ten through twelve.