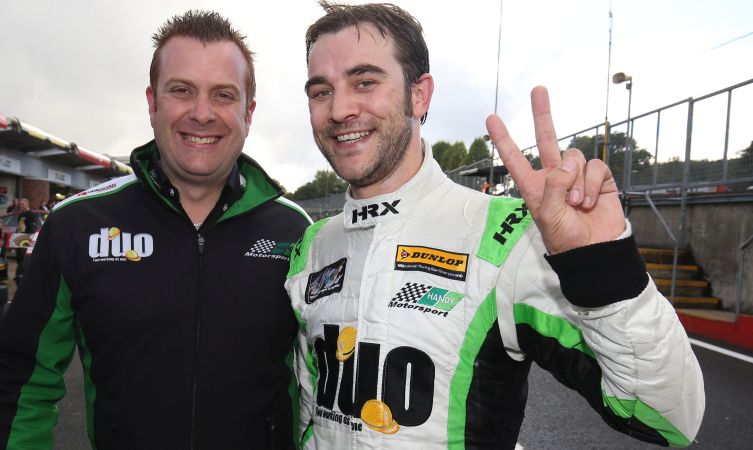 As the 2016 British Touring Car Championship reached its climax last weekend at Brands Hatch, all stops were pulled out. With eight drivers in contention for the overall championship, it was the most competitive weekend in the history of the series.

We knew it was not mathematically possible for a Toyota driver to lift the overall trophy this year. But there were concurrent championships where our independent teams and Avensis drivers were highly placed and fighting hard for domination. 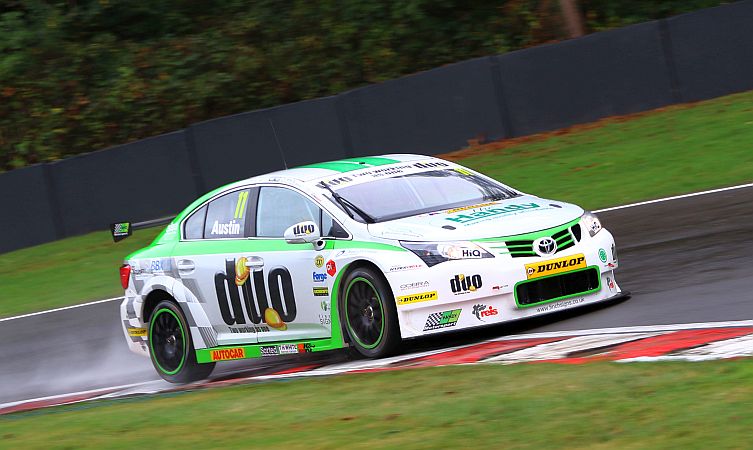 Handy Motorsport driver Rob Austin was a prime example, entering the weekend in second place within Dunlop’s own #ForeverForward overtaking league – a fascinating indicator of who is exciting to watch within each race.

Anticipation was also raised for next year’s season with the arrival of new sponsor TAG Industries supporting Team Hard’s trio of Toyotas. This may prove vital in the team’s upgrade to RML specification cars for 2017.

Damp weather stopped competitors from unleashing their full potential in the first free practice session on the Grand Prix circuit. Track times were around ten seconds slower than those you would expect of a dry track. Nevertheless, the predictable behaviour of the front-wheel drive Avensis saw the model achieve four positions within the top ten. 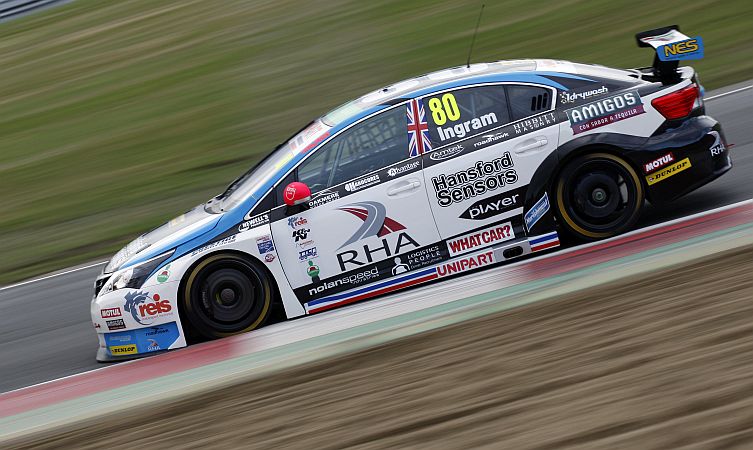 Similar weather on the second session slowed the pack but Speedworks Motorsport driver Tom Ingram – who had previously set the fastest time at Brands Hatch in this season’s first race weekend – once again showed his pace by setting a solid third position.

The 30-minute qualifying round brought yet more rain. But Ingram remained on fine form, setting an early benchmark time and a later follow-up lap that was just six thousandths behind double champion Colin Turkington. Unfortunately, Ingram’s car later failed a ride height check and the Speedworks driver was demoted to the back of the grid for Saturday’s opening race. But on the plus side, this elevated Rob Austin to his best-ever qualifying result – second on the grid for the first race of the weekend.

Starting from second place, Austin was not able to wrestle the lead from first-placed Turkington during the opening lap. But the Handy driver did manage to fend off the attentions of Jason Plato and Josh Cook for the duration of the race, in so doing securing the team’s best-ever finish and its second independents trophy. 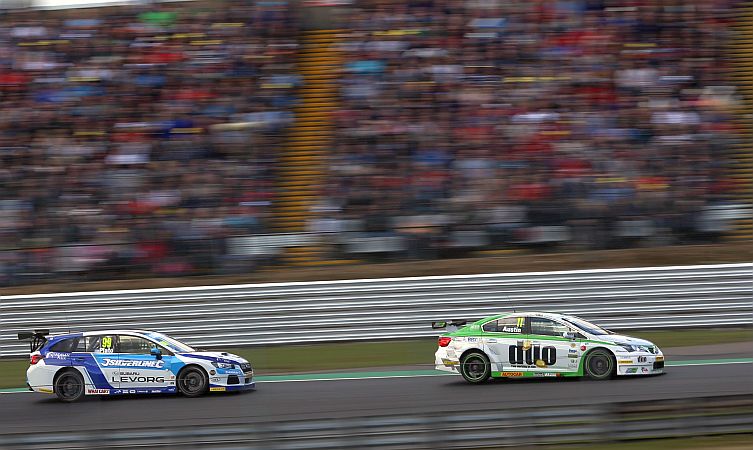 “Unfortunately, we didn’t have the pace to go with Colin (Turkington) but we had enough to hold off Jason (Plato),” Austin reported. “I folded my mirror when I was fighting with Colin on the opening lap, so I couldn’t tell where JP was for the rest of the race. It made things really difficult.”

From a spectator’s perspective, Plato never looked close enough to make a move on Austin, but that didn’t stop Rob feeling like the BTCC’s most successful driver wasn’t breathing down his neck. Austin continued: “There was a lot of pressure on and it wasn’t my best drive – I was quite tense – but it’s a huge thing for me and for Handy Motorsport to get that second place in the end.” 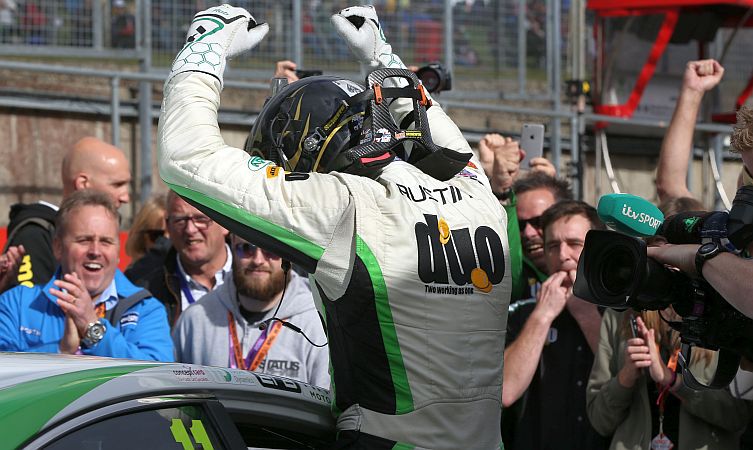 Meanwhile, Tom Ingram’s rise from the back of the grid was nothing short of meteoric. The Speedworks man delivered a stunning drive that eventually saw Ingram join fellow Avensis drivers Jake Hill and Michael Epps in a sequential finish in the middle of the pack.

Austin had a bigger challenge during Round 29 with the extra weight of success ballast making his reappearance on the first row of the grid less of a bonus. He also opted to run on Dunlop’s soft compound. 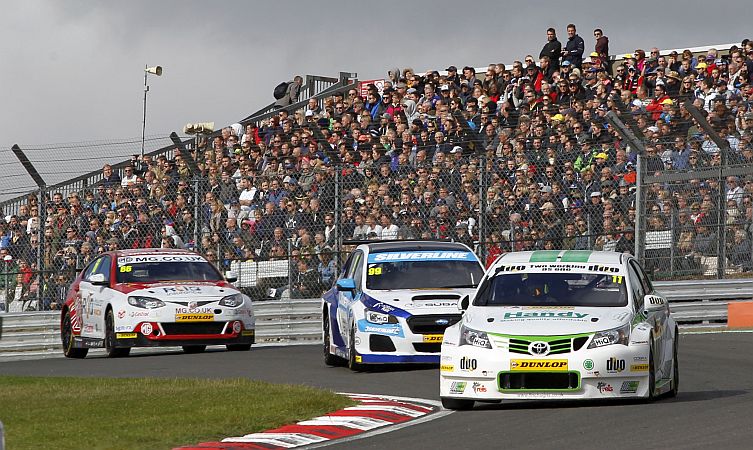 Nevertheless, the Handy driver held on to second until lap seven, where Plato made a bold overtaking move that also opened the way for Gordon Sheddon to steal another place. Although Rob remained within touching distance of third, further hassle from behind eventually led to his Avensis being forced wide on the exit of Paddock Hill Bend, sustaining damage that would eventually send his car into retirement. 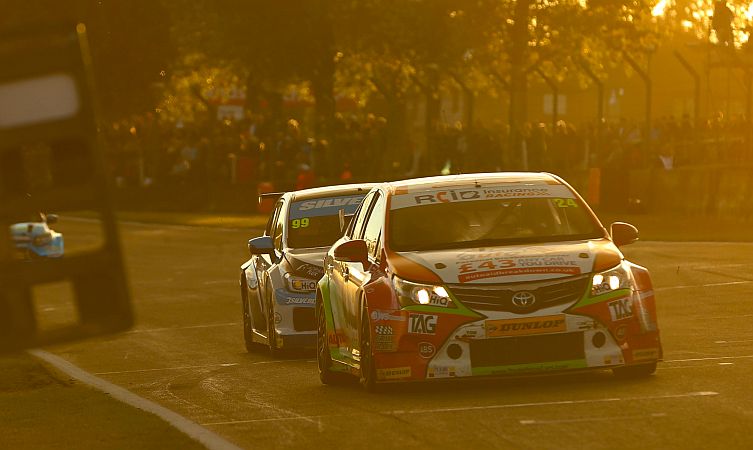 Regarding the rest of the Avensis drivers, Ingram was able to finish in ninth place, while Hill (above) and Epps secured 12 and 16 places respectively.

With just two points separating the top two drivers in the championship, all eyes were on the front of the pack for Round 30. However, what happened further down the field was equally exciting as the final standings for other trophies were battled out. 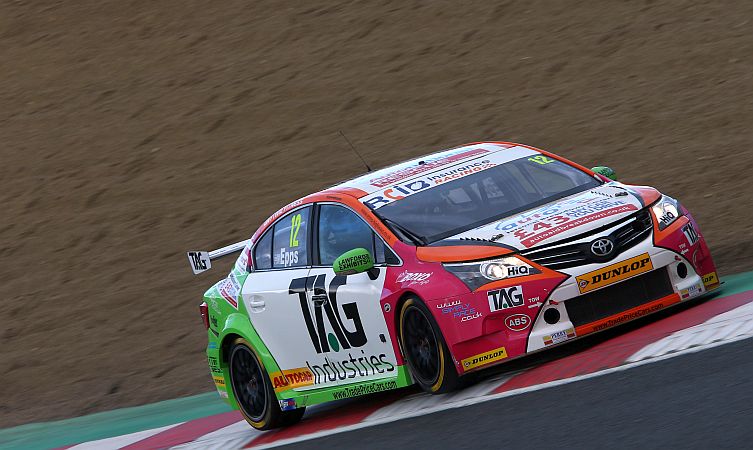 Among these it was notable that after a season-long fight with Michael Epps (above) in the RCIB Insurance Racing Avensis, the Jack Sears trophy eventually went to Ashley Sutton.