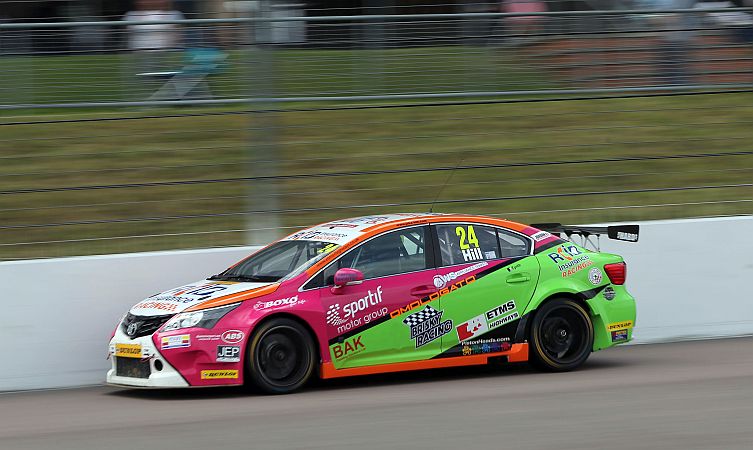 Rockingham is renowned as a circuit that shifts the balance within the British Touring Car Championship. Both Rob Austin and Tom Ingram have previously experienced success at the Northamptonshire venue. But the disappointment it produced for most of the Toyota Avensis drivers last weekend in the 2016 BTCC couldn’t have been predicted.

With over 200 points still on offer before the season finale, a dozen drivers were still in contention to win the championship. Unfortunately, Team Hard’s Michael Caine will not be among them, as an ongoing back issue forced the Newmarket driver out of contention. His #34 Avensis would still appear on track driven by team boss Tony Gilham – his first time behind the wheel of a race car in 12 months. 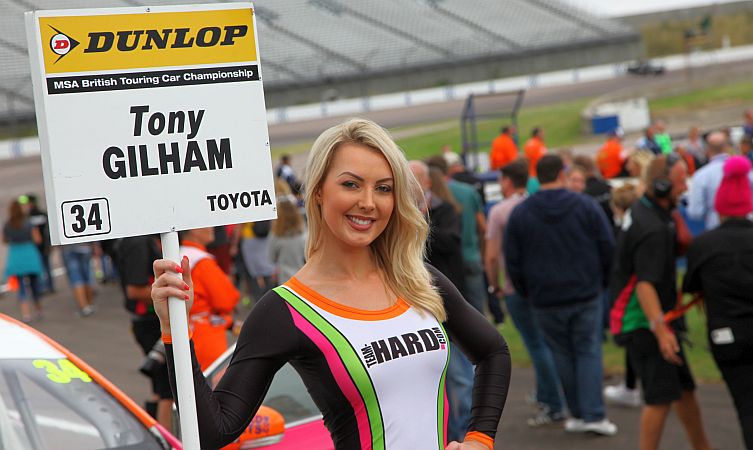 Free Practice was halted on three occasions by torrential rain, yet between these stoppages ascended one-lap specialist Tom Ingram. Rockingham’s fast straights played to the strengths of Tom’s front-wheel drive Avensis, crossing the line just 0.059 seconds behind Andrew Jordan to set the second fastest time in the first session. Frustratingly, he was 0.148 seconds behind leader Colin Turkington on the second, much drier session. 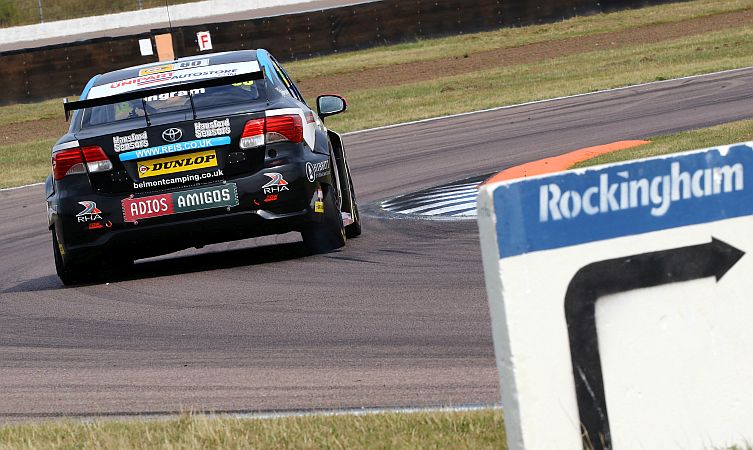 Not far behind was Rob Austin, who placed his Handy Motorsport Toyota in a respectable fifth place during the second round of Free Practice.

Qualifying should have panned out similarly, but another round of torrential rain – this time with the added drama of thunder and lightning – altered the outcome. Austin’s qualifying was largely redundant as a penalty from Knockhill meant he was destined to start from the back of the grid anyway. Meanwhile, Ingram failed to repeat his earlier performance, settling for seventh place in the starting grid.

Viewed as a whole, this weekend was not one to remember for the Toyota Avensis drivers. 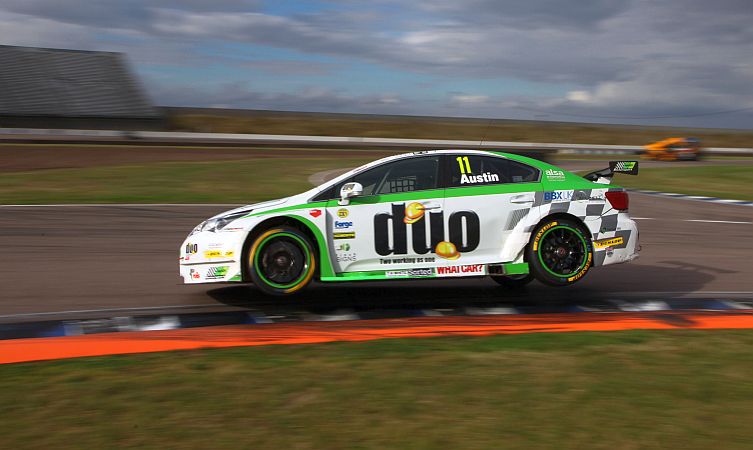 The hard compound tyre proved troublesome and skittish for Austin in round 22, although he managed to claw back 11 places from his starting position. Ingram, on the other hand, had an almost opposite experience, dropping from seventh to 16th place. The major highlight of this round looked to come from RCIB Insurance driver Jake Hill, but he was robbed of a hard-earned top ten finish by a mechanical issue late on in the race.

Round 23 saw Epps, Gilham and Ingram retire – the latter with a turbo issue – which meant Austin was able to start from an enhanced 19th place. Pushing hard and setting a pace that was within 0.3 seconds of the top runners, Austin managed to rise up the leader board, taking, losing and then retaking 14th position. This was only a couple of seconds behind the top ten. 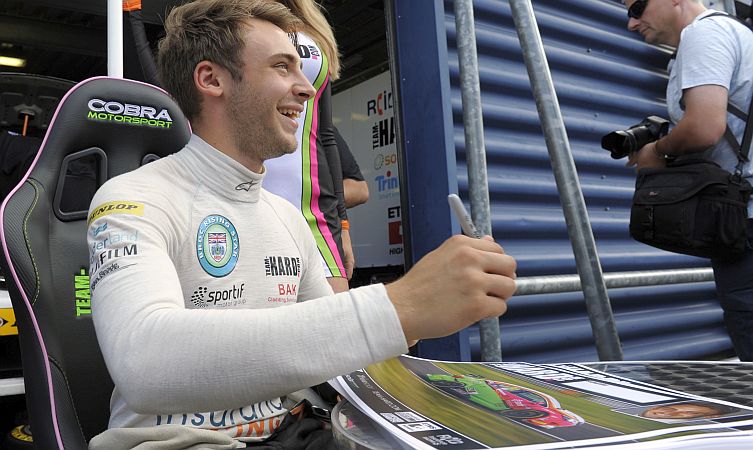 It wasn’t until Round 24 that RCIB Insurance driver Jake Hill (above) finally got the result his undoubted pace deserved. He came in at an impressive eighth place and welcoming another eight points to his championship tally.

Elsewhere the Avensis models were walking wounded, with Austin being pushed wide on the opening lap to lose every one of his hard-fought places. After managing to rise again into the top 20, contact by Ashley Sutton broke his rear suspension and forced his retirement to the pits. There he joined Gilham and, a little later, Ingram with another disappointing retirement. 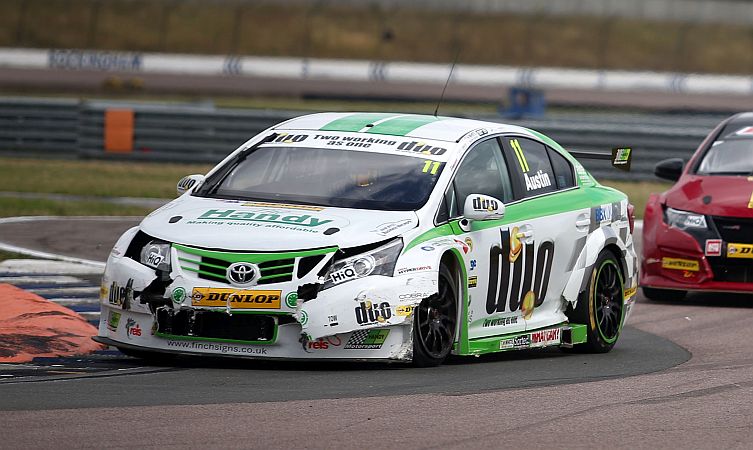