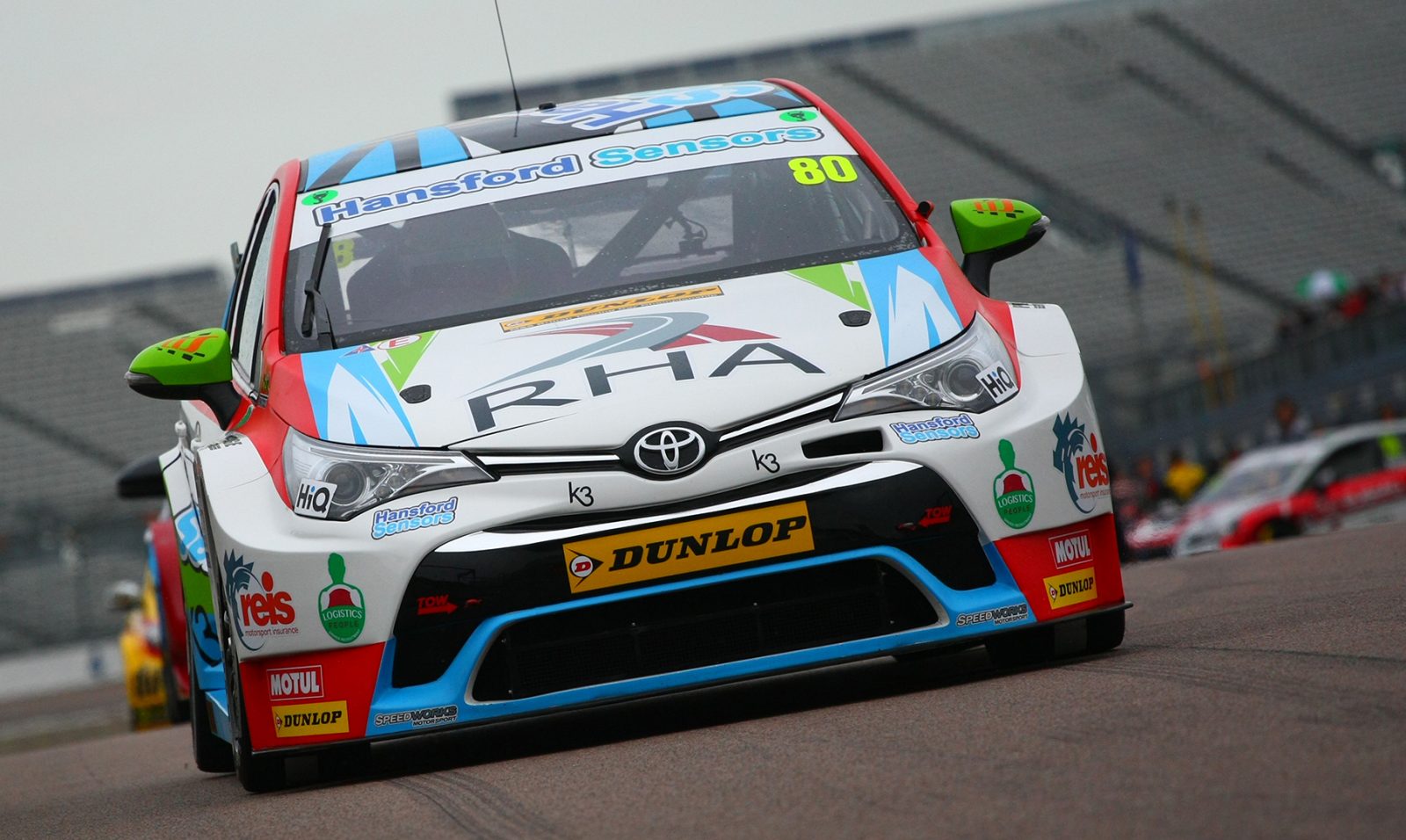 The Dunlop MSA British Touring Car Championship made its annual stop at Rockingham last weekend for rounds 22-25 of the hotly-contested tournament.

How did Avensis drivers Tom Ingram and Rob Austin get on? Read on to find out how the weekend unfolded. 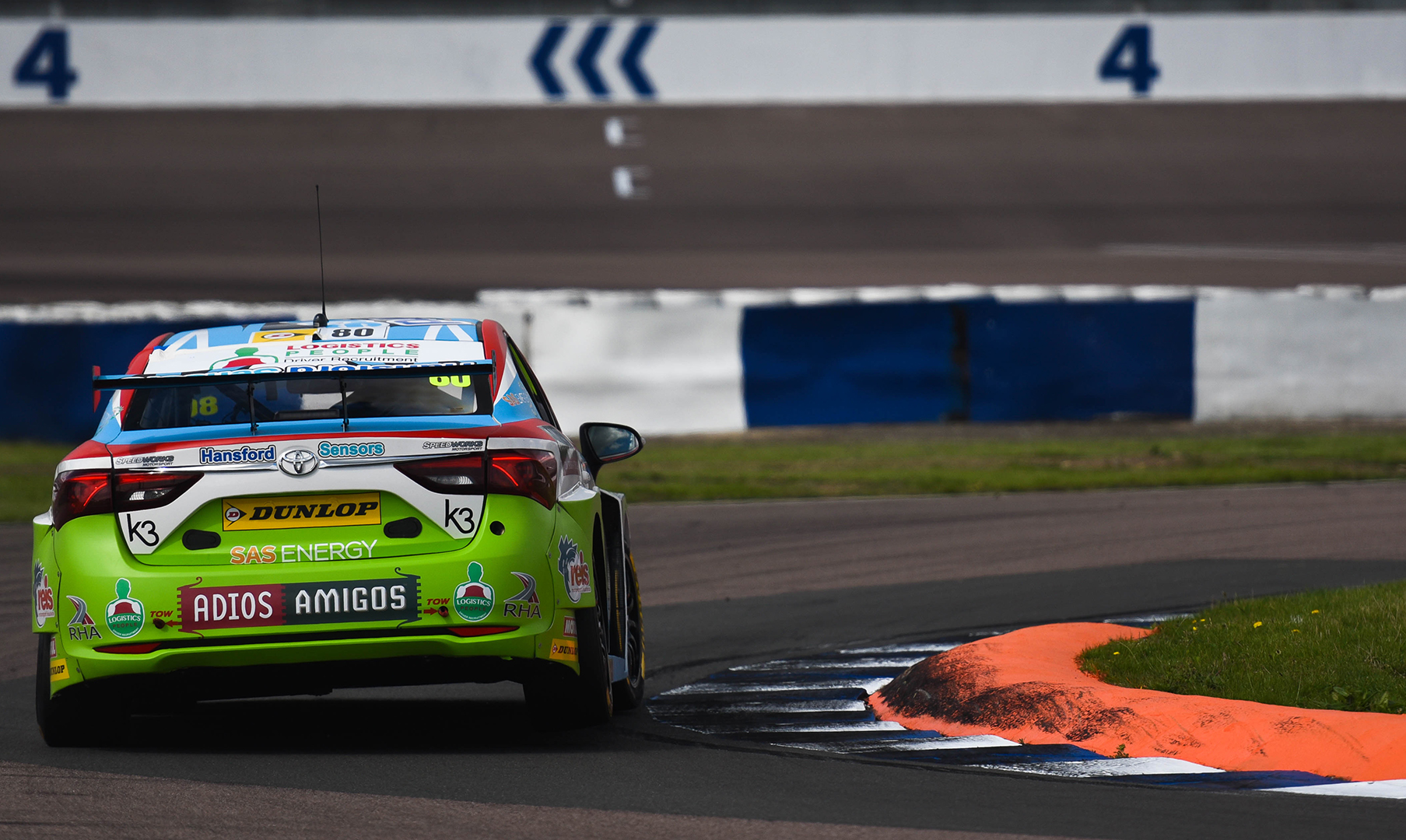 Ingram has fond memories of Rockingham – the scene of his breakthrough podium two years ago – and those good vibes helped him set the pace in both free practice sessions.

Behind the wheel of the No80 Avensis, Ingram was amongst the action for a top qualifying time, ending up in third and just 0.082s shy of pole position. Rob Austin, driving the No11 Avensis, was only a fraction slower but his time pushed him down to 23rd in the qualifying order – proof of how unforgiving the Rockingham track can be. 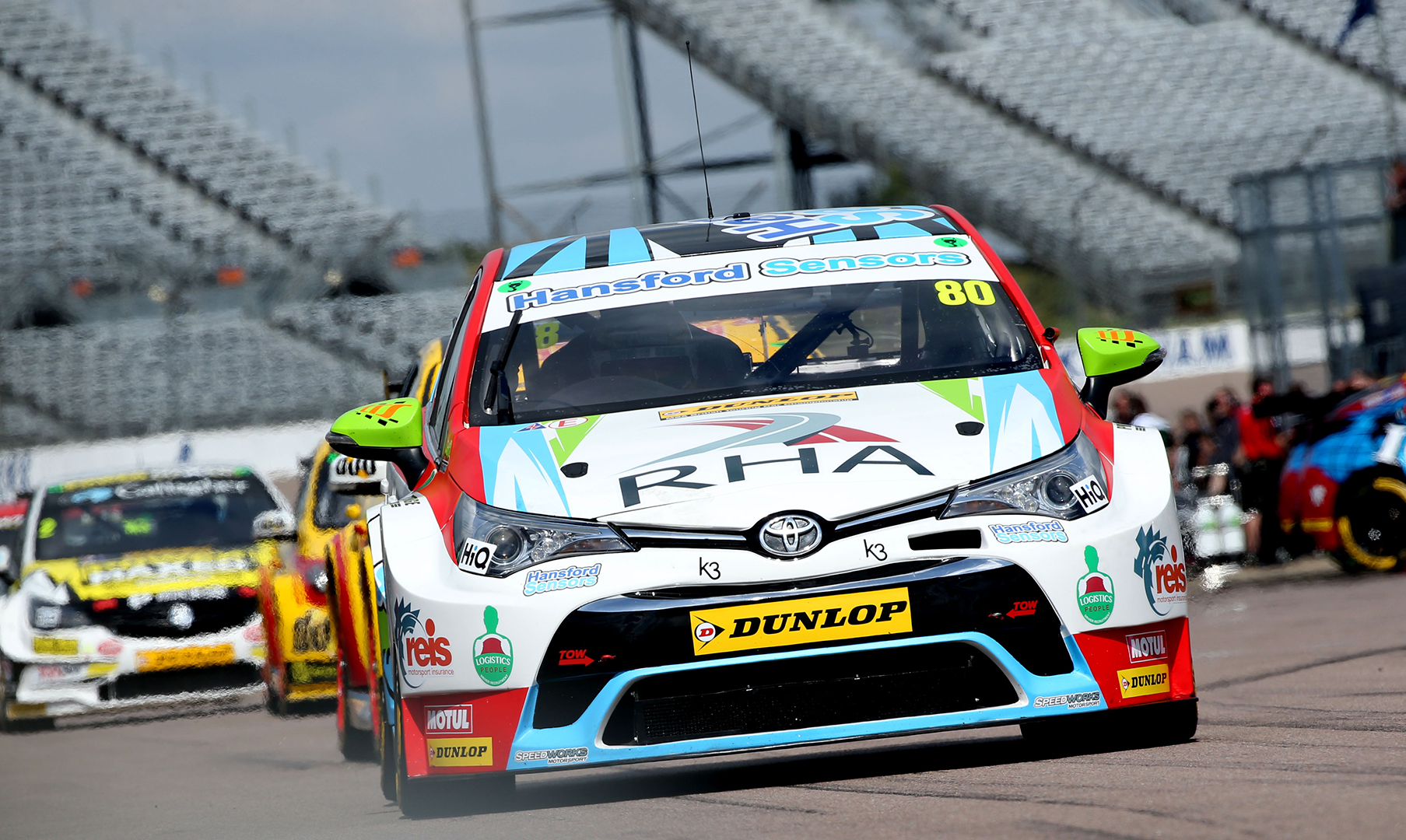 Despite his and the car’s early promise in qualifying, Ingram’s first race of the day was over before it even started. A split brake hose forced the 24-year-old into the pit lane during the formation lap, causing him to drop points to his closest rivals in the chase of the Independents Trophy.

For Rob Austin, this would be the first sign of a terrible weekend to come, as he wound up bottom of the pack. 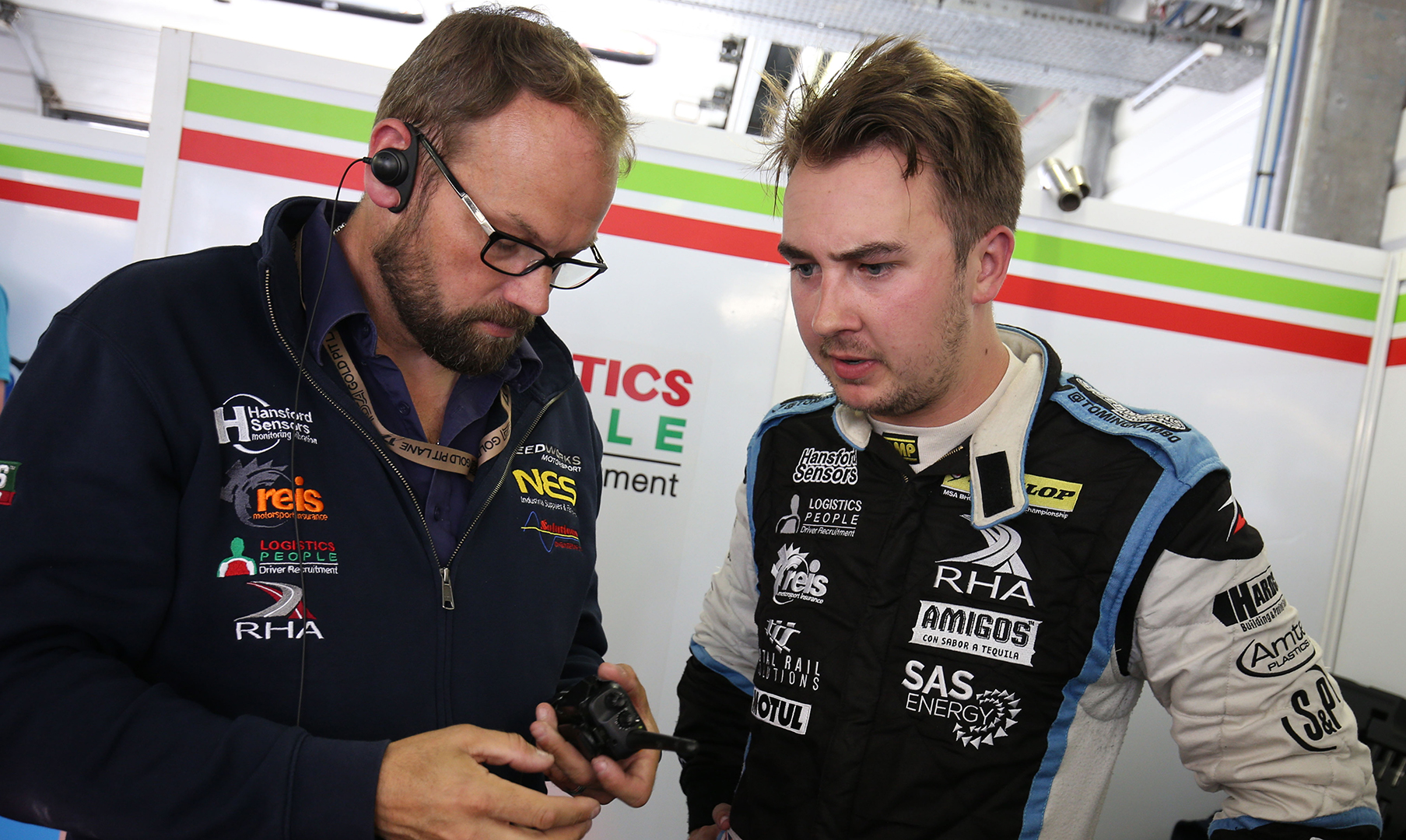 The second race of the day gave Tom Ingram the chance to redeem himself – an opportunity he took with open arms, putting in a barnstorming drive to take him from the back of the grid to points contention.

On the last lap Ingram pipped Chris Smiley to ninth place, completing an astonishing 23-place improvement over his starting position and securing valuable points for his charge to the Independents Trophy.

Austin meanwhile had another race to forget. After contact with Gorden Shedden’s Honda he once again finished rock bottom. 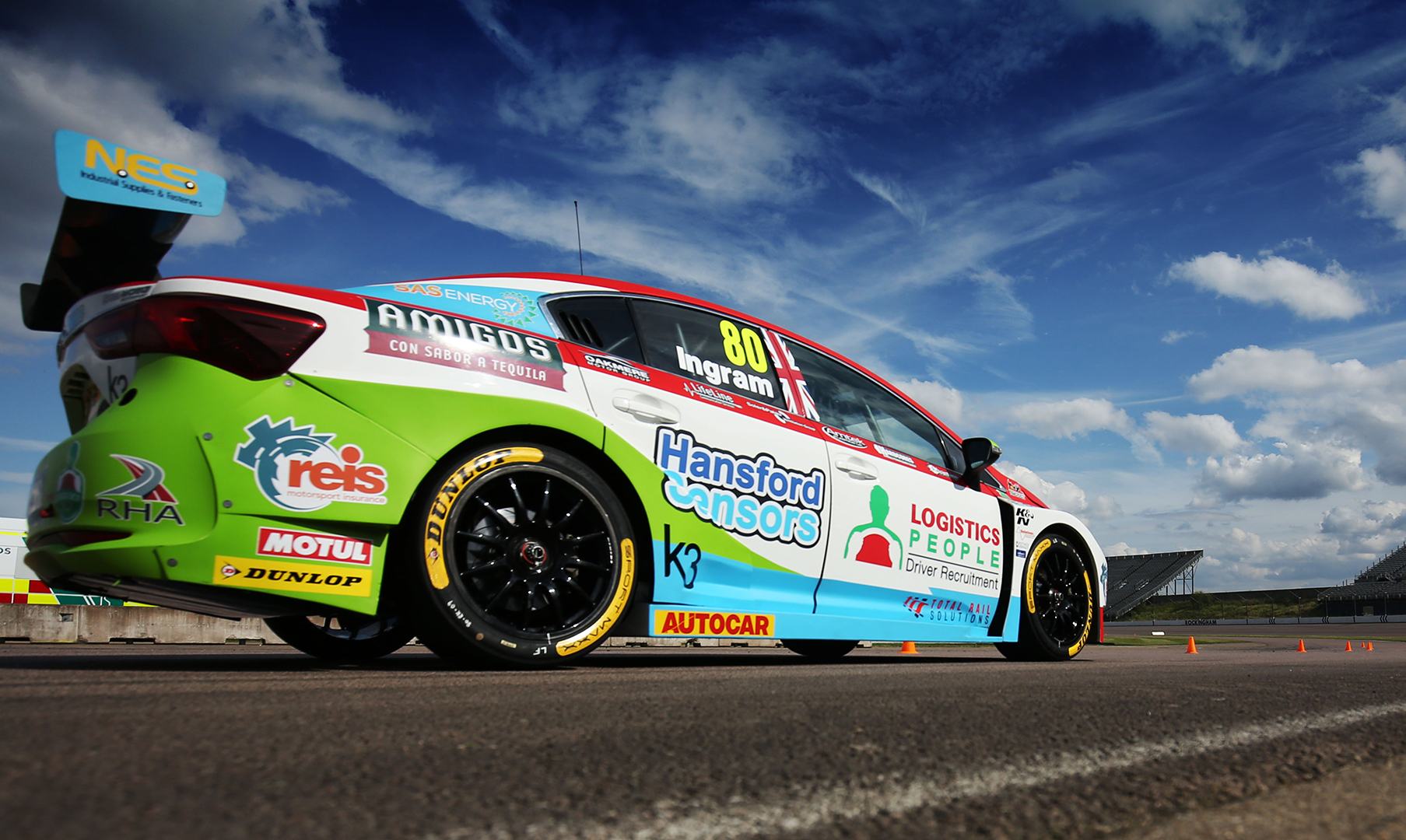 The final race of the day would prove an even tougher challenge for the young Speedworks Motorsport driver. Despite  setting a fastest lap in the race’s early stages and resisting immense pressure from Colin Turkington’s BMW, eventually something gave and contact further up the road forced Ingram into evasive manoeuvres, pushing him into eighth place as the chequered flag was waved.

Austin’s weekend concluded with a DNF, rounding off a day to forget for the Avensis driver.

It was a weekend that “promised much more than it delivered”, admitted Ingram. But, reflecting on his impressive drive in Round 23, he added: “The Speedworks boys gave me a fantastic car – the Avensis felt extremely responsive throughout – and I was able to pick people off with relative ease. We’ve come out of it still leading the Independents’ standings and I think we can go to the next meeting at Silverstone in very optimistic mood.” 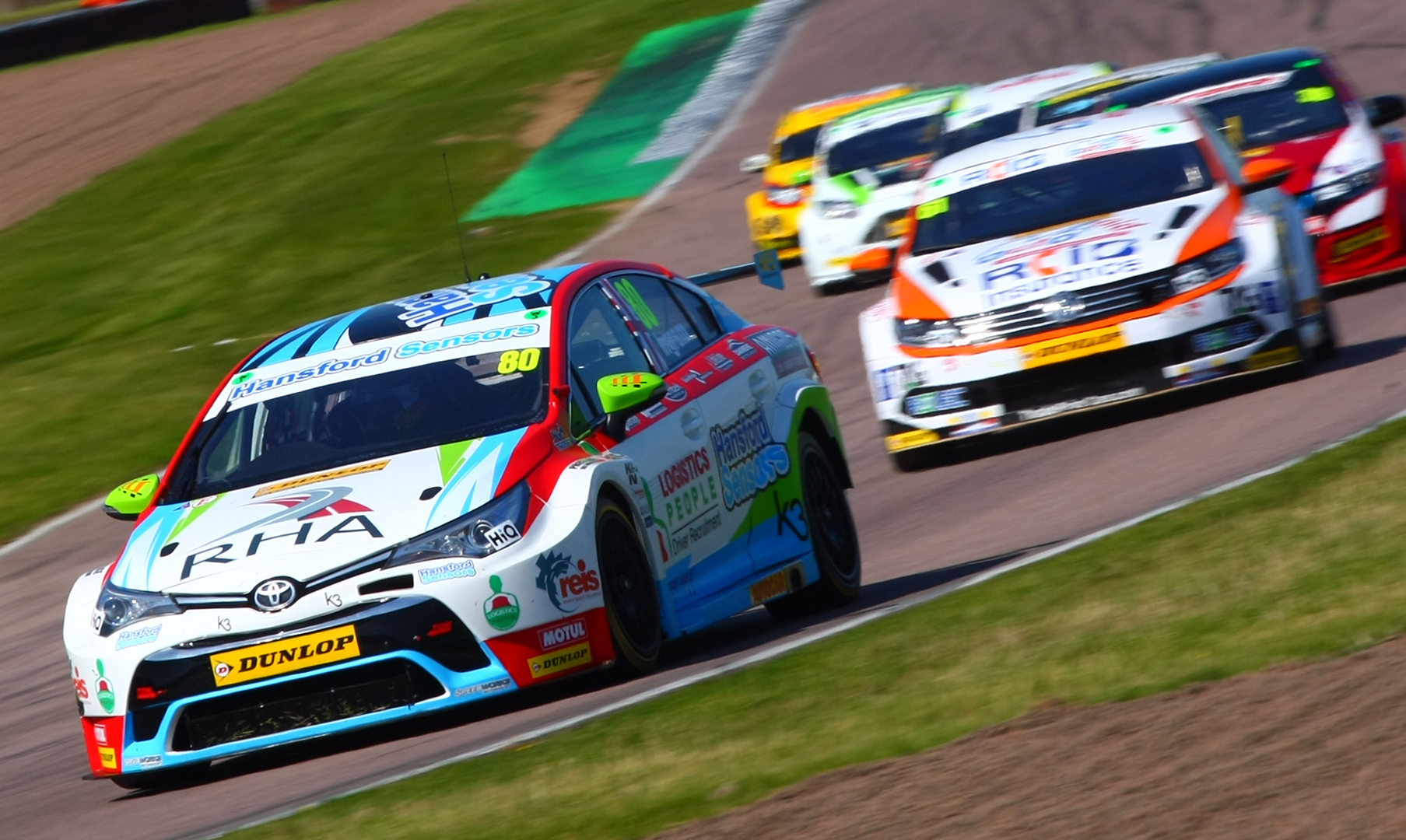 There isn’t too long a wait until the 2017 Dunlop MSA British Touring Car Championship returns. The season reaches its penultimate stage at Silverstone across the weekend of 16-17 September.