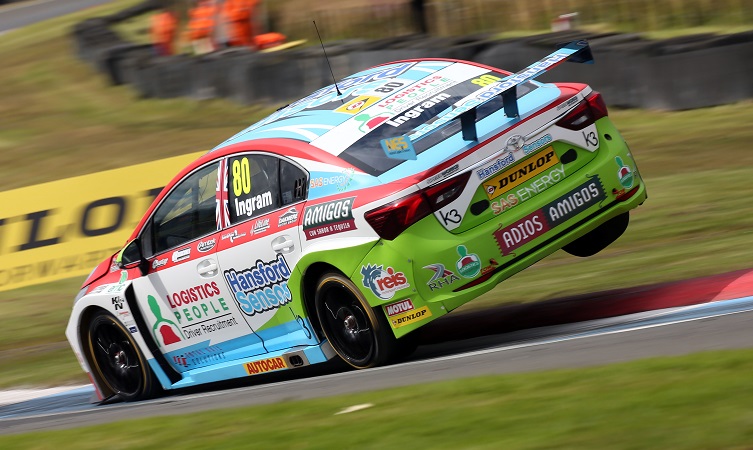 How did Avensis driver Tom Ingram of Speedworks Motorsport fare on a circuit that traditionally favours short wheelbase, rear-wheel drive machines? Would the tight turns and uphill drags prove a challenge or would fortune favour the longer wheelbase Toyota?

Read on to understand how the weekend unfolded. 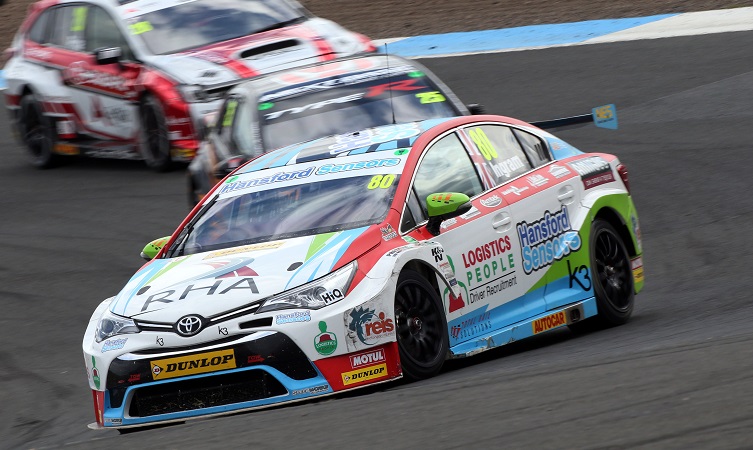 Temperamental weather marked the opening sessions. However, as the surface changed from wet to damp the times improved. Early pace-setters were relegated down the order and those who chose to run on slicks in the closing minutes saw their gambles pay off. Among these, Ingram timed his flying lap to perfection, generating the most tyre heat – and therefore grip – to set the fastest time in the first free practice session. 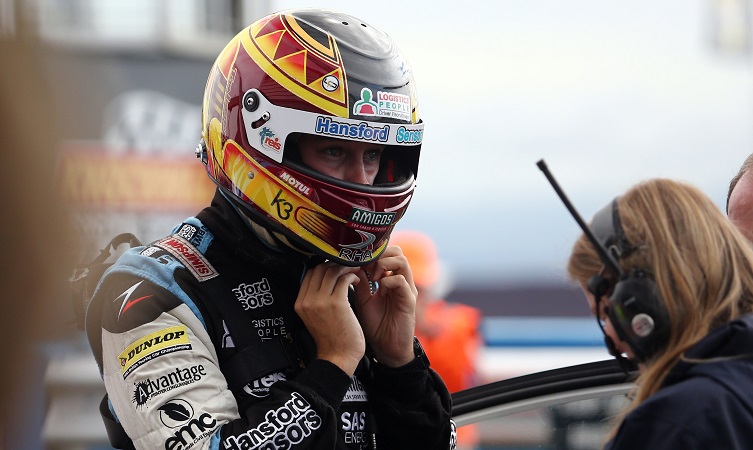 By the second session, everybody else had caught on. Ingram made a significant improvement to his lap time but remained outside the top ten. Until the lottery of qualifying, that is, when Ingram once again left it until the last few minutes to pull out a late flyer that secured him fifth on the grid – first among the front-wheel drive competitors.

Right from the off it was clear that all four rear-wheel drive cars ahead of Ingram had a grip advantage – their launch was clean and throughout the race the quartet was separated by less than a second.

Instead, the crowd-pleasing action took place immediately behind, with front-driver Ingram and rear-driver James Cole battling valiantly for the first half of the 24-lap race. In fact, so close was the rivalry that it took Cole three laps of shoulder-skimming racing to eventually get past the ballast-laden Avensis. 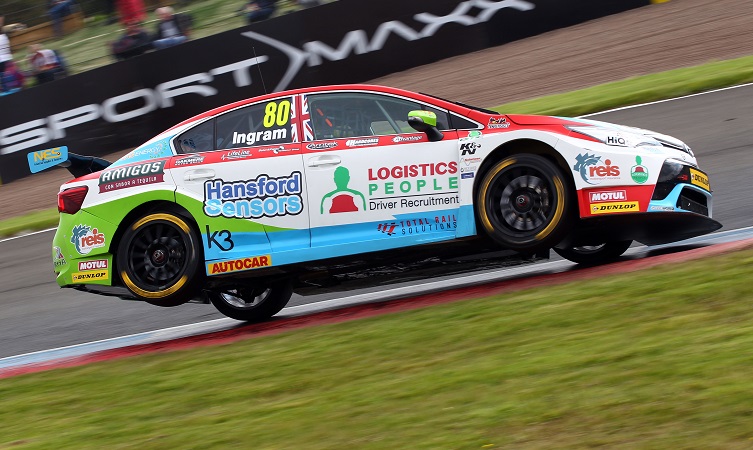 Ingram took the chequered flag in a strong sixth position, over five seconds ahead of the next-best front-wheel drive entrant. The result also delivered Speedworks Motorsport its sixth Independents’ Trophy of the season.

“In race one, I really don’t think we could have got any more out of the car, but we struggled a touch more in race two,” admitted Ingram after the race. “The balance wasn’t quite so good and some drivers got unnecessarily physical, which cost us a couple of places. Still, it was another solid result.” 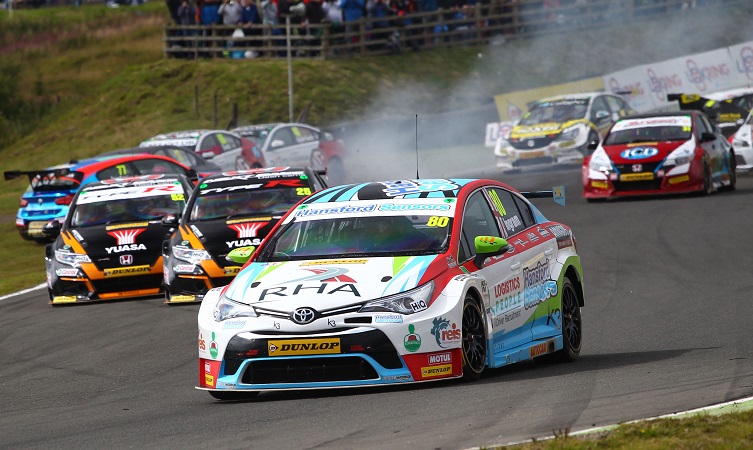 Tom was referring to a tag at the start of race two that sent the Avensis swinging like a metronome down the Knockhill straight, forfeiting precious acceleration time. Soon afterwards, the red flags came out, revealing that some were perhaps still trying too hard to forge ahead. After the action resumed, Ingram conceded a couple of places but defended doggedly against three-time champion Matt Neal to secure eighth place – and a starting point of third for the reversed grid finale.

Ingram capitalised on his promising, second-row start by scything his way into the lead. By lap six the Speedworks driver was almost five seconds ahead of reigning title-holder Gordon Sheddon in second. And as the laps passed Ingram continued to increase his advantage, posting fasting lap after fastest lap until he was a staggering nine seconds in front. 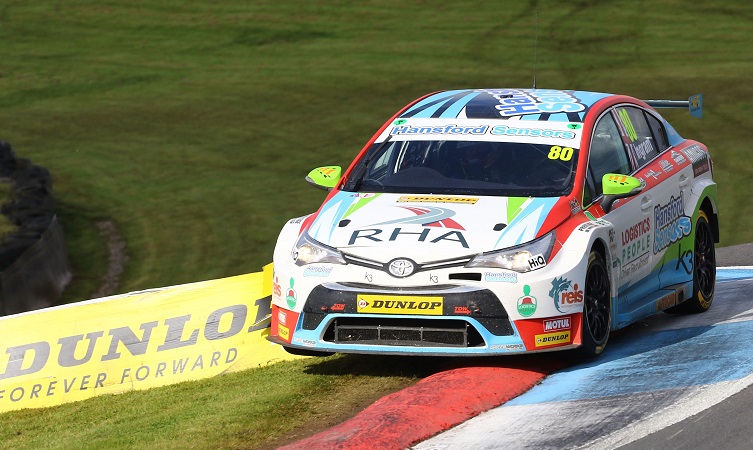 In fact, the only thing that slowed him down were two safety car deployments, the first at lap 17 and the second at lap 21. Both zeroed his advantage and tested the mettle of the 23-year-old Toyota driver as the sprint resumed. However, Ingram was never flustered and finished a well-deserved first, reigniting the team’s championship challenge following a handful of less successful weekends. Interestingly, this was the first win for a Toyota at Knockhill since Julian Bailey’s success in 1993 in a Carina E. 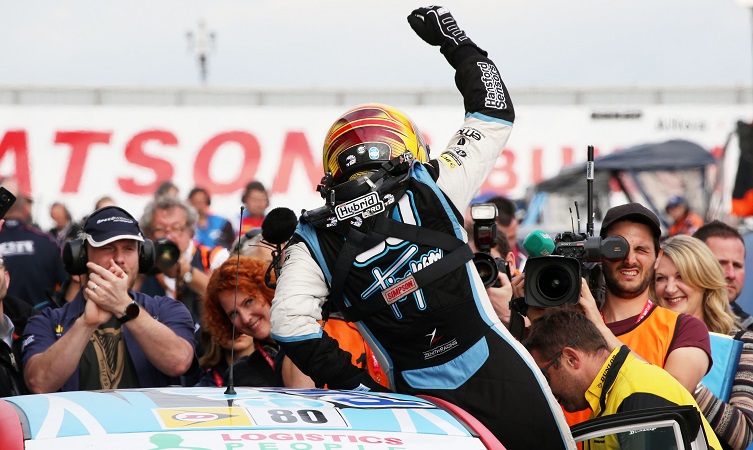 “It’s been a long time coming, hasn’t it,” grinned Ingram afterwards. “I had a funny feeling after about five laps, saying to the team: ‘When do you think the safety car will come out?’ It never normally goes that easily, does it?”

Concluding his appraisal, Ingram said: “My word, the Speedworks guys have given me a great car this weekend. I heard people saying [our win] was a fluke at the start of the year, and this shows it wasn’t.” 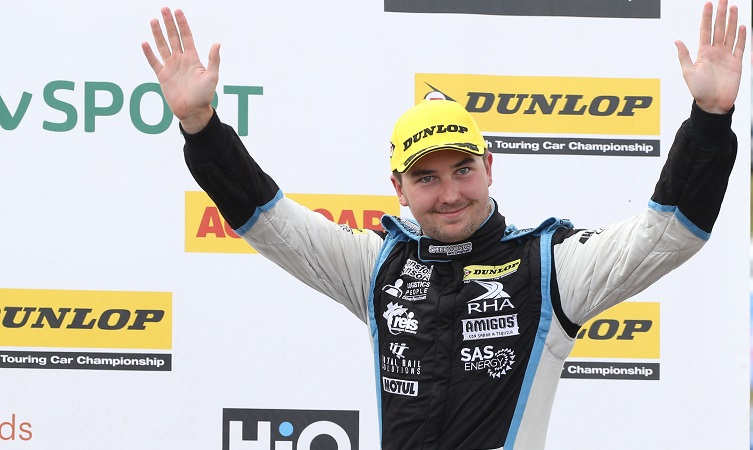 The 2017 Dunlop MSA British Touring Car Championship continues on the weekend of 26-27 August when it touches down at the super-fast Rockingham circuit in Northamptonshire for rounds 22 through 24.