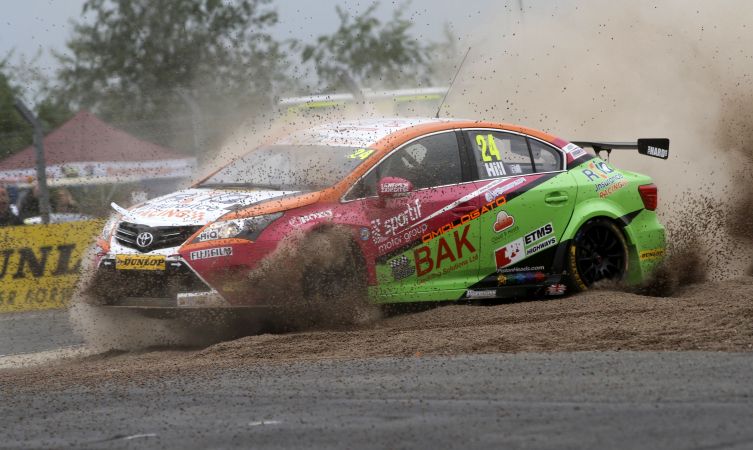 A weekend’s action in North Yorkshire marked the halfway point of the 2016 Dunlop MSA British Touring Car Championship. The challenging Croft Circuit traditionally favours rear-wheel drive machines, so the quintuplet of front-wheel drive Avensis models within the 32-car capacity grid looked set to start on the back foot. 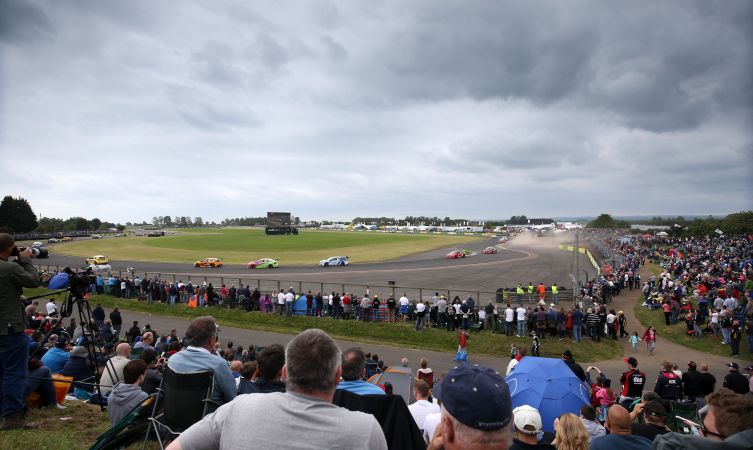 Nevertheless, fans love the fact that the BTCC is anything but predictable. With nine different drivers gracing the top step of the podium and six different manufacturers within the winners’ circle, everybody knows that the balance of power could still swing in almost any direction.

A mostly tidy first free practice session may not have looked dramatic from a spectator’s perspective but it yielded a collection of fast times. Among the competitors running Avensis models, Tom Ingram’s Speedworks Motorsport machine set the fourth fastest lap, a little over a tenth of a second behind the lead car. 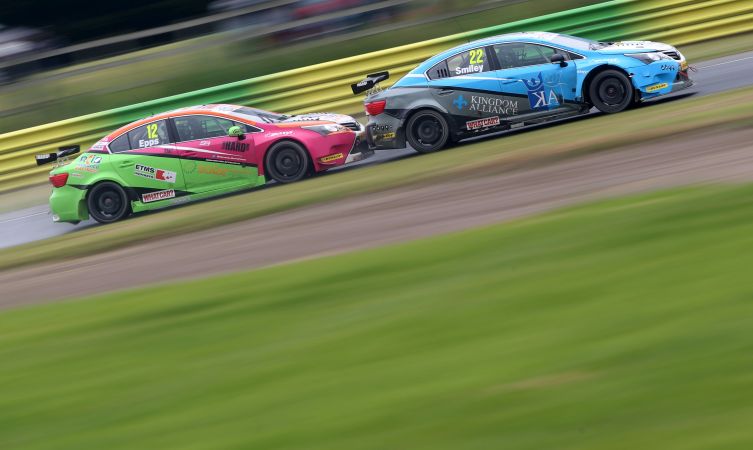 Come second practice, Tom lived up to his reputation as a one-lap master-blaster. In the final minutes he set a time just nine thousandths behind pole position, maintaining an impressive record of finishing in the top three in nine of the 14 timed practice sessions so far this season. 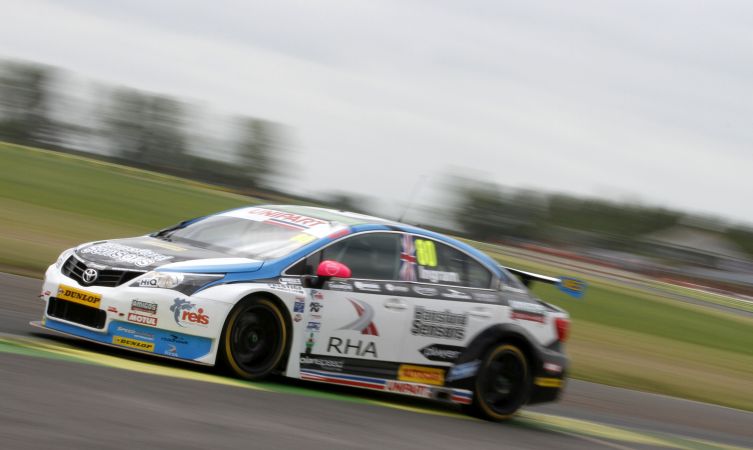 Rounding out the top ten, Rob Austin enjoyed a solid run in his Handy Motorsport car to secure eighth place.

Round 13 was notable for having three safety car interruptions. These threw a handful of spanners into the works for a number of teams, not to mention a couple of reprimands and penalty points for some drivers. Focus was needed at all times to avoid becoming part of the debris. 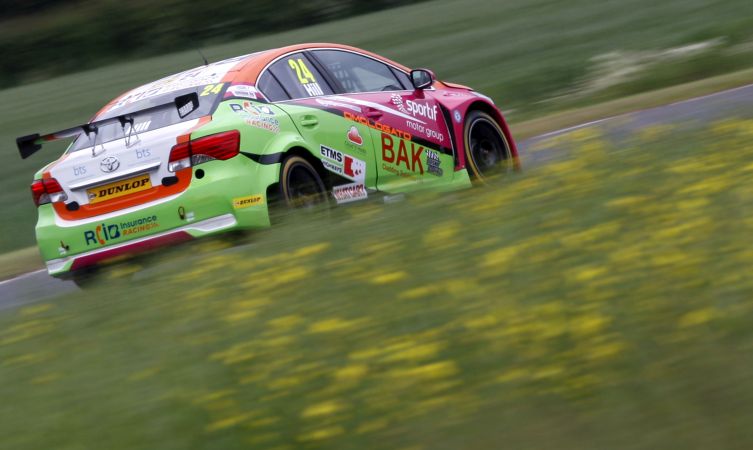 Among these, rising star Jake Hill emerged as driver of the race in his colourful RCIB Insurance Racing car. Though relatively inexperienced compared with the rest of the field, the young Toyota driver did not look out of place within such illustrious company, remaining on the attack throughout the round. He eventually settled for sixth place, an impressive performance that was also his best-ever finish in the BTCC.

As far as Toyota vehicles were concerned, the highlight of round 14 was not so much the track action but the 150-race milestone in BTCC for popular driver Rob Austin. However, that achievement was somewhat diluted by difficulties surround his choice of Dunlop’s hard compound tyre instead of the medium compound used by the majority of the field. 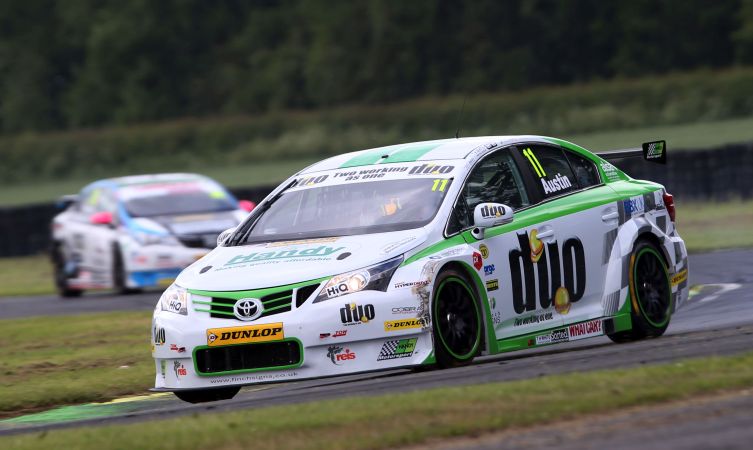 Inside the top ten, Ingram worked hard to retain seventh position in the face of strong competition by Sam Tordoff.

Given the unpredictable nature of British weather, it seems incredible that round 15 was the first wet race since Brands Hatch in 2014 – some 44 races ago. Most teams opted for Dunlop’s wet compound, though some gambled unsuccessfully on slicks. 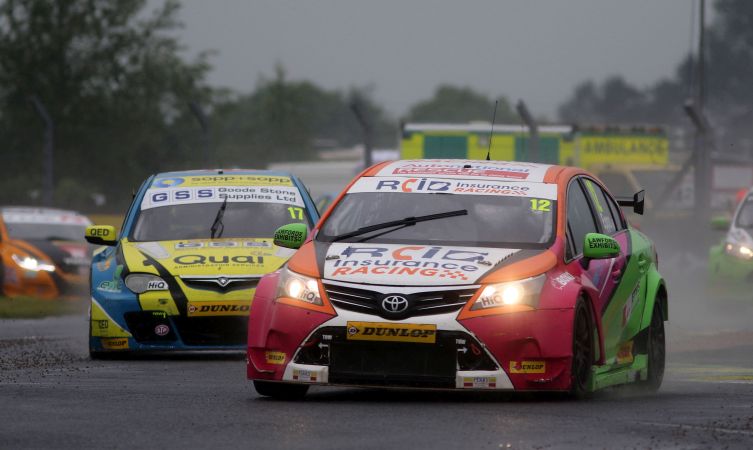 Pole-sitter Tordoff managed to hold off Ingram at the front of the grid, while the action immediately after the safety car session made for spectacular viewing, with many cars slipping and sliding through Croft’s esses. In these conditions the front-wheel drive cars made swifter progress.

Consistency turned out to be the key to Ingram’s success at Croft. For the Speedworks Motorsport team the race concluded with another podium position, a rise to sixth in the overall leader board, and a welcome first place in the hard-fought independents category. 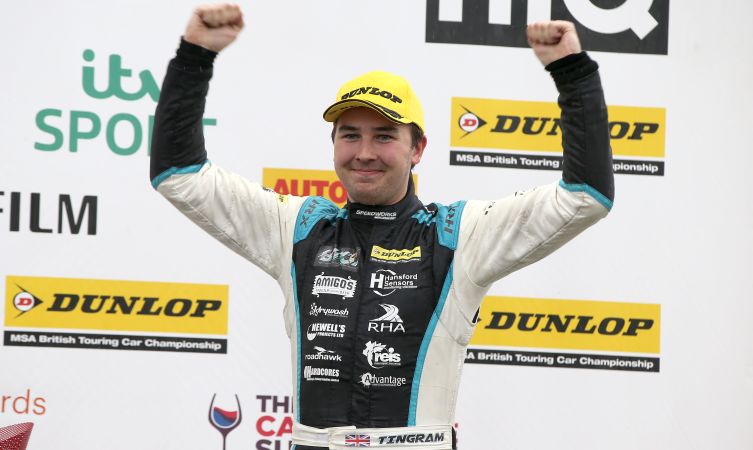 A summer recess means the sixth weekend of BTCC action will take place at Snetterton circuit at the end of July. For more information, click the following link to be taken to the official BTCC website.