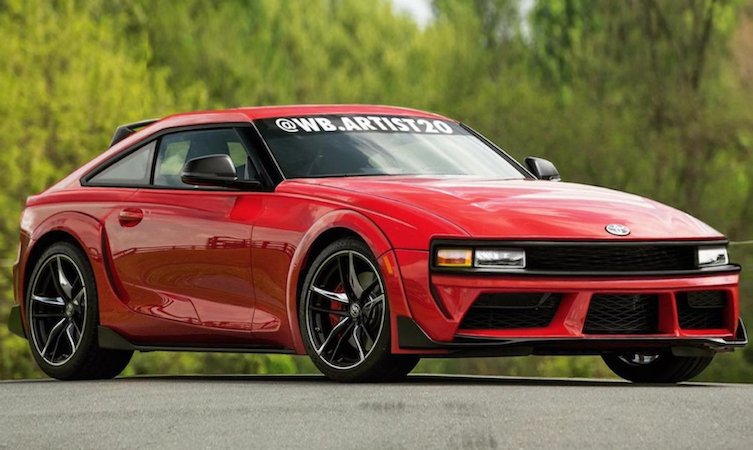 Toyoddities is our monthly round-up of some of the weird and wonderful stories from the Toyota world. This month’s highlights include a roofless GR Supra, a drifting GR Yaris and even a military-spec Hilux, to name a few. If you missed last month’s Toyoddities round-up, then click here to catch up.

Nothing beats driving down an empty country road on a summer’s day with the roof down on your convertible. This is as close to motoring heaven as it gets but Toyota does not offer a convertible model in its current UK line-up. Could that be about to change?

For the 2020 SEMA360 show, Toyota USA decided to once again pay homage to the iconic A80 Supra by creating a heritage edition GR Supra with a removable two-piece roof, much like the targa option available on the A80. The two removable roof pieces can be stored away inside the boot, so you can put the roof back up again should the weather take a turn for the worse.

Although officially a concept and not destined for production, if the public gets on-board with the idea of a roofless GR Supra then who knows. We are certainly living in strange times, so it would be foolish to rule anything out. Let’s keep our fingers crossed. 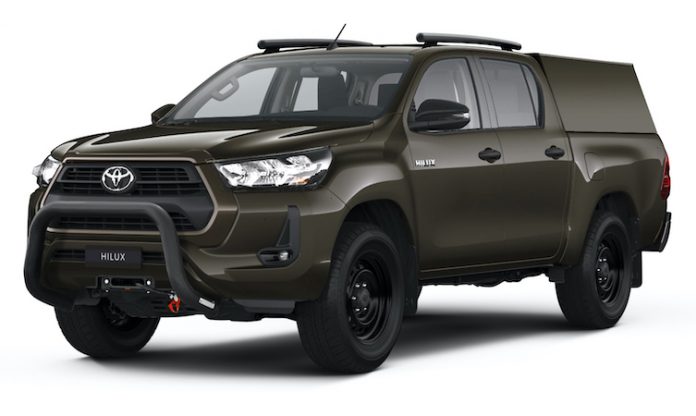 There is no denying that the Toyota Hilux is an extremely capable vehicle, conquering pretty much every type of terrain on the planet. It famously survived everything that Top Gear could throw at it, including fire, water and a several hundred-foot drop. All these reasons are probably why the Czech Army has just placed an order for the new 2021 Hilux.

The Czech Ministry of Defence has placed a substantial order for 1,200 brand new Hilux pick-ups to replace the current ageing fleet of Soviet-made UAZ 469s. Each Hilux will be the Double Cab variant and powered by the dependable 2.4-litre diesel engine, rather than the new 2.8-litre unit.

The new 2021 Hilux is the most capable Hilux yet off-road, with new features designed to tackle terrain with even greater ease. It features a new automatic electronic control that replicates the effect of a mechanical limited-slip differential. This new feature is in addition to Active Traction Control, Hill Start Assist and Downhill Assist Control. These help the Hilux to achieve its class-leading 310mm of ground clearance, approach and departure angles of 29 and 26 degrees respectively, and the ability to wade through water up to 700mm deep.

Back in September, we showed you that drifting legend Daigo Saito had decided to turn the excellent GR Yaris into his latest drifting creation, with the help of a 2JZ engine squeezed under the bonnet. But it turns out there is another drifting GR Yaris in Japan looking to steal Saito’s thunder and this one comes from Cusco.

The front and rear suspension set-up has been completely reworked in order to give a far larger steering angle as well as a much bigger increase in negative camber. Much like Saito’s GR Yaris, the Cusco one has switched from four-wheel drive to rear-wheel drive in order to burn as much rubber as possible. You can watch the Cusco GR Yaris getting some sideways action in the video above. 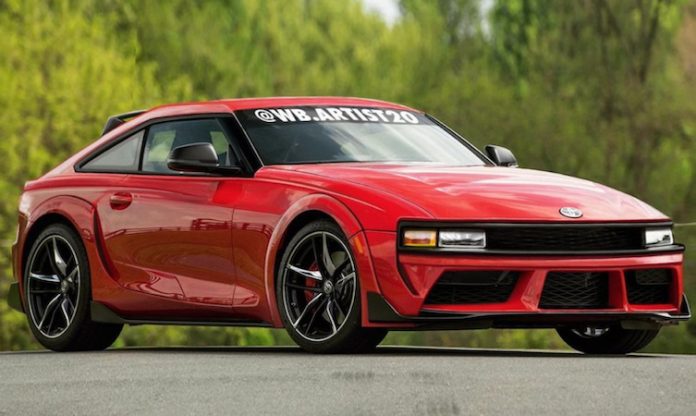 The Toyota Supra is one of the modern icons of the motoring world, gaining fans across the globe and cementing its place in pop culture due to a certain Hollywood film franchise. However, not all generations of the Supra receive the same levels of attention. Enter the A60 Supra.

Illustrator W.B Artist has attempted to bring the A60 into the modern era by combining the looks of the current GR Supra with the angular body of the A60 to create one of the best-looking concepts around. This unique rendering fuses unquestionably 1980s design features, such as pop-up headlights, a rear wing mounted over the rear window and enlarged bumpers, with the modern characteristics of the current GR Supra, including the aerodynamic lines, vents and rear diffuser.

The two Supra generations blend surprisingly well, almost passing for a production car rather than just a render. The front bumper effortlessly blends the lower portion of the modern GR Supra with the front grille of the A60, while at the rear, the GR Supra’s rear diffuser and exhausts fit snugly beneath re-imagined LED vintage rear lights. Sadly, this is just a render and extremely unlikely to make the transition from pixels to metal but, once again, anything is possible.

You may remember that last month we brought to your attention the most ambitious engine swap project we’ve ever come across. Ryan Tuerck was attempting to fit a Judd V10 engine into the front of a GR Supra. Well since then, we can bring you an update about how well the project is going so far.

The behemoth V10 has had its first run on the dyno and then the GR Supra was completely stripped down to its core chassis in preparation for the engine swap (which you can view in the video above). Just to recap the engine changes, the current turbocharged 3.0-litre straight-six in the GR Supra produces 335bhp and has a redline of 6,500rpm. In comparison, the GV4 Judd V10 produces 730bhp and will rev to an eye-watering 11,000rpm.

You can follow the project via Tuerck’s YouTube channel, where the ‘Formula Supra’ build is being documented over 14 episodes. If it’s anything like his last build, the Ferrari-engined GT86, then the Formula Supra will be a magnificent monster.