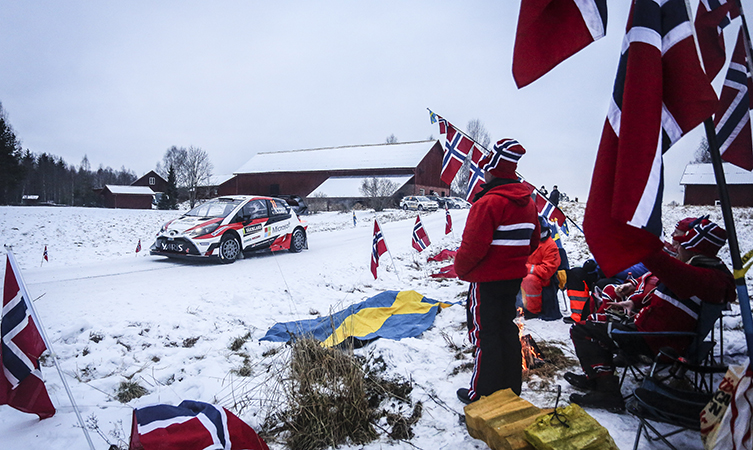 The second round of the World Rally Championship sees the carnival head north to Rally Sweden on 9-12 February. Snow, ice and high speeds make this one of the most thrilling events in the calendar. Don’t know your Röjden from your Vargåsen? This bluffer’s guide to Rally Sweden will make you an expert in no time. 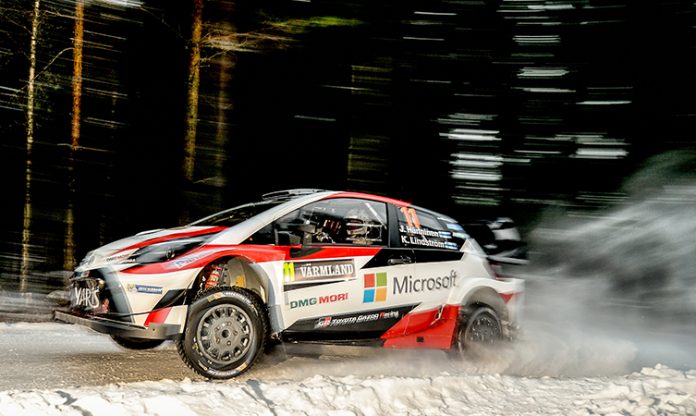 Rally Sweden is the WRC’s only true winter rally, and has been since it became a founding round of the championship in 1973.

Famous for frozen roads lined with snow banks, studded tyres are essential to punch through the ice to find enough grip.

Those snow banks play a unique role throughout the rally. Drivers must use them to stay on the road by ‘leaning’ through corners. However, the technique is not without its risks. In warmer temperatures the banks can disintegrate and leave drivers stuck in the snow – a shovel is mandatory equipment for all drivers in case this does happen.

The cold weather doesn’t just affect the drivers. The outdoor service area could be subject to temperatures as low as -25 degrees Celsius – making simple mechanical operations slower and trickier for gloved mechanics. 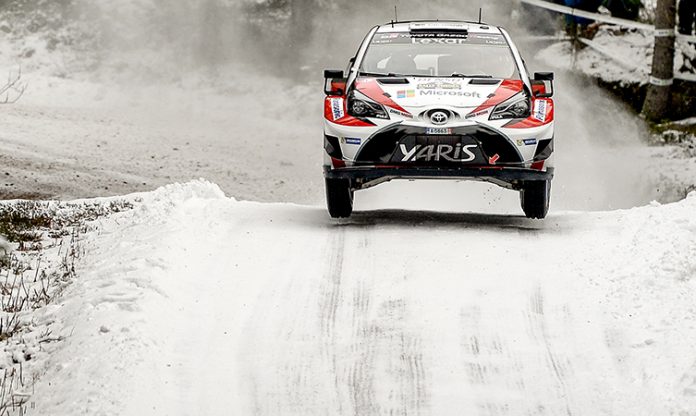 The Rally Sweden route covers 331.74km across 18 stages, of which almost 60 per cent is new for this season. It opens with the big power slides of a super special stage in Karlstad.

Friday’s events see the rally cross over into neighbouring Norway, where the Röjden stage runs between both countries.  The day concludes with a run on the Torsby stage, where the newly opened Swecon Road to Rock Arena offers a taste of rallycross action with its plentiful curves and a thrilling jump.

On Saturday, the action returns to Sweden, with the day kicking off on the brand new stage of Knon. Later stages will take in Vargåsen, where the famous Colin’s Crest offers spectators a chance to see the cars fly.

The rally then moves to Likenäs on Sunday, a stage with a vast heritage that goes back to Rally Sweden’s earliest days. Events conclude with the Torsby Power Stage on Sunday, ahead of a ceremonial finish at the town’s airport.

This year the service park will be based at Torsby, offering a more northerly feel to the event and the challenge of more wintry conditions. 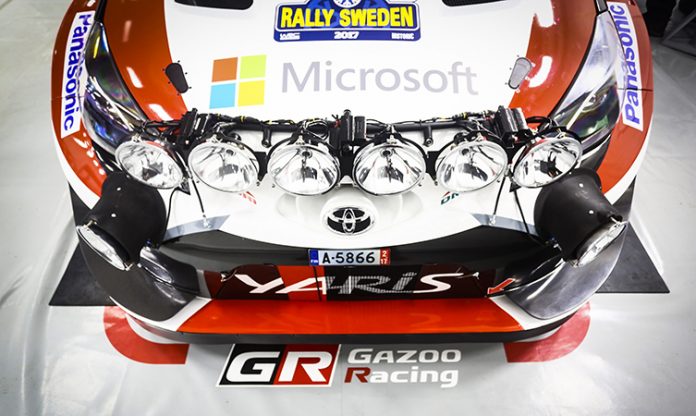 Saturday sees the rally take in Colin’s Crest on the Vargåsen stage. Named after the late Colin McRae, an award is up for grabs for the driver who makes the longest jump. The current record of 45m was set in 2016 by Eyvind Brynildsen.

The cars may also look different compared to their Monte-Carlo appearance. Skinny tyres are fitted with approximately 380 tungsten-tipped steel studs in order to bite into the frozen roads. However, if temperatures rise to just above freezing there’s a risk the studs could be torn out by the exposed gravel – leaving drivers with less traction on the slippery stuff. 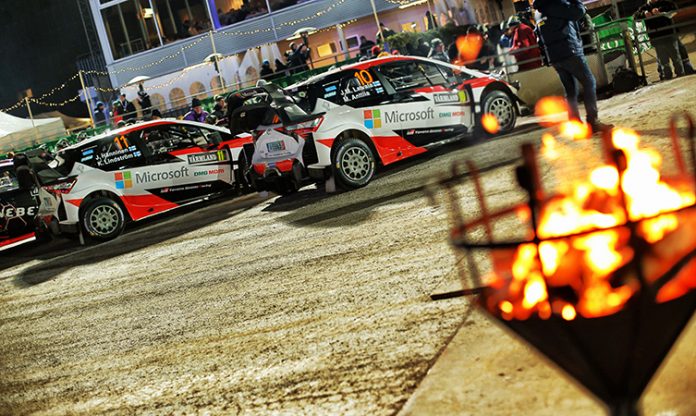 Team Principal Tommi Mäkinen is a triple winner of the rally, as is driver of the #10 Yaris, Jari-Matti Latvala. Toyota itself has three Rally Sweden victories to its name.

Mats Jonsson and Lars Backman took the win in 1992 and 1993, while fellow Swede Thomas Rådström won the rally in 1994 with the same co-driver. 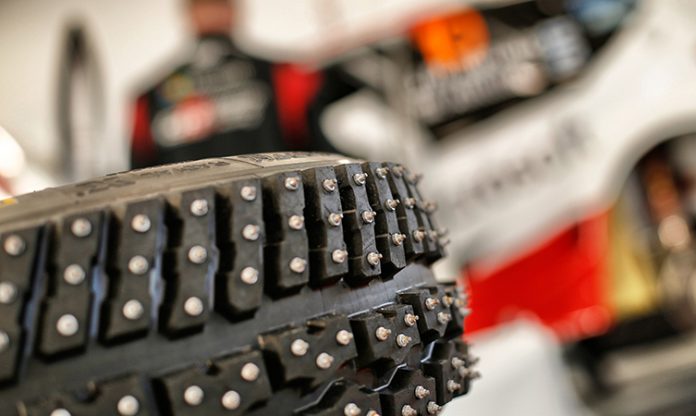 What are Toyota saying?

Tommi Mäkinen: “Sweden has fewer questions for us as we have some idea where we are now in terms of performance, but maybe the expectation is more given Jari-Matti’s second place. 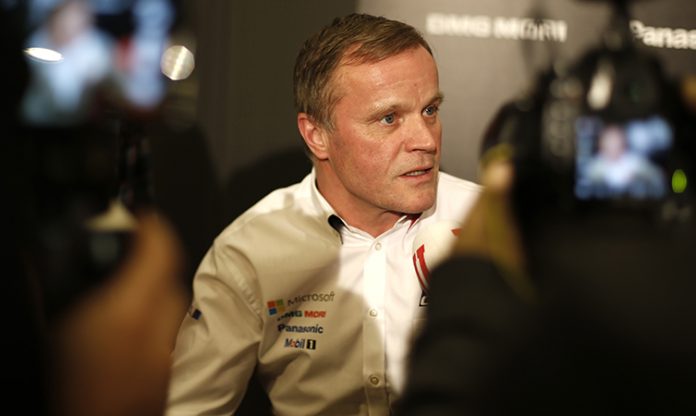 “We have done a lot of testing on snow and also on gravel: this is really useful as well because the set-up for gravel is not so different than for snow. Of course, this is a very fast rally. But we have found some high-speed roads for testing so we hope that we are quite well prepared. We know we still have a lot to learn and the target in Sweden, which should suit our drivers well, is to make more progress.”

Jari-Matti Latvala: “I have some very nice memories of Sweden as this was my first rally win, back in 2008, but the circumstances are very different now! 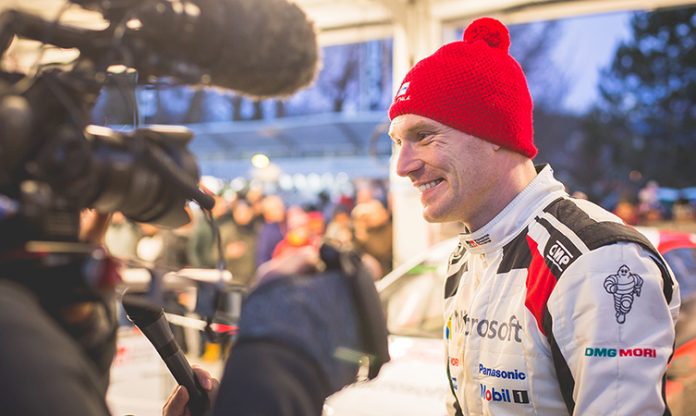 “The result in Monte was a very nice surprise but I don’t think it’s realistic to expect the same in Sweden. We need to remember that this is still a completely new team and a brand new project. So far the temperature in Sweden seems to be quite warm, so we could find conditions similar to previous years, which are never easy. I hope we get some nice minus degrees soon, as that will provide the best show for everyone.”

Juho Hänninen: “I learned a lot from Monte, but as Sweden is so different, it’s really like starting over again. 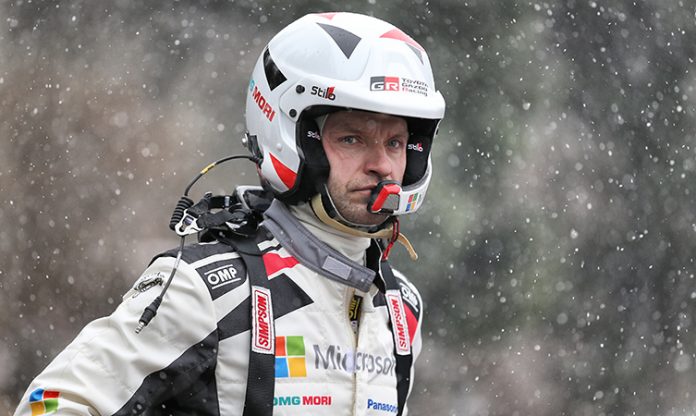 “Of course it will depend a lot on the conditions: during the test we also tried to find roads that were a bit damaged so we could simulate what we might find on the rally and see how the car moves when the studs come out of the tyres. I’m looking forward to the weekend.”

Keep up with Toyota’s exploits in the World Rally Championship by following the team on Twitter. We’ll be bringing you the best photos from Rally Sweden on Facebook throughout the weekend.