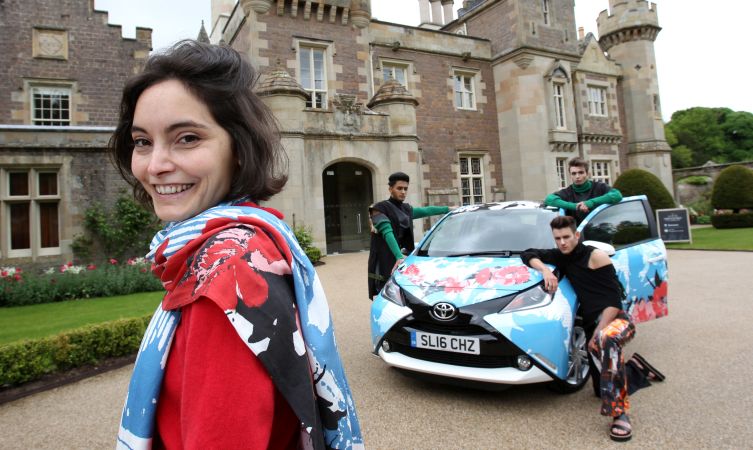 When staff at Border Toyota in St. Boswells, Scotland, approached its local university with an idea of a community competition centred around the Toyota Aygo, they had little inkling of the positive response it would elicit.

The idea was to encourage final-year textile and design students at Heriot-Watt to create an eye-catching makeover for our fashionable city car. This was in preparation for the Aygo being displayed at the university’s high-profile catwalk show, held annually at Abbotsford House, home of historical novelist Sir Walter Scott. 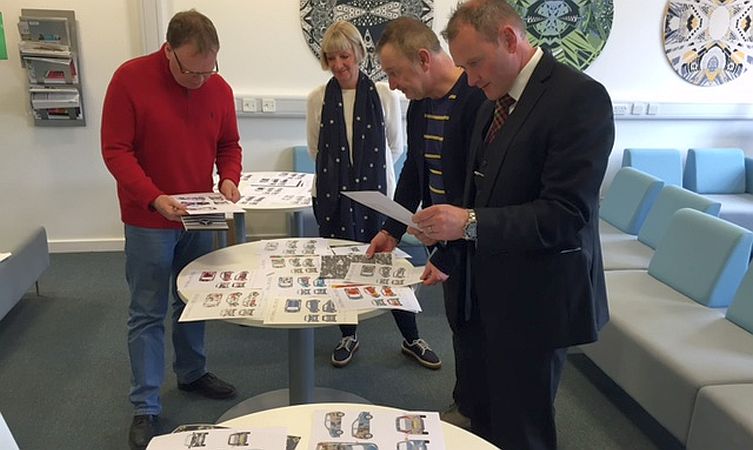 Dozens of competition entries were evaluated, with the judging panel particularly impressed by the variety and quality of designs proposed by the degree students.

Among these, a complex floral pattern inspired by surface prints for garments stood out as the winning entry. It had been designed by 37-year-old Spanish student Marta Aspe, originally from Madrid but based in Edinburgh for the past decade.

A local signwriting company was commissioned to bring Marta’s vision to life as a three-dimensional vinyl wrap across the Aygo’s bodywork – no easy feat considering the complex design of both pattern and vehicle. 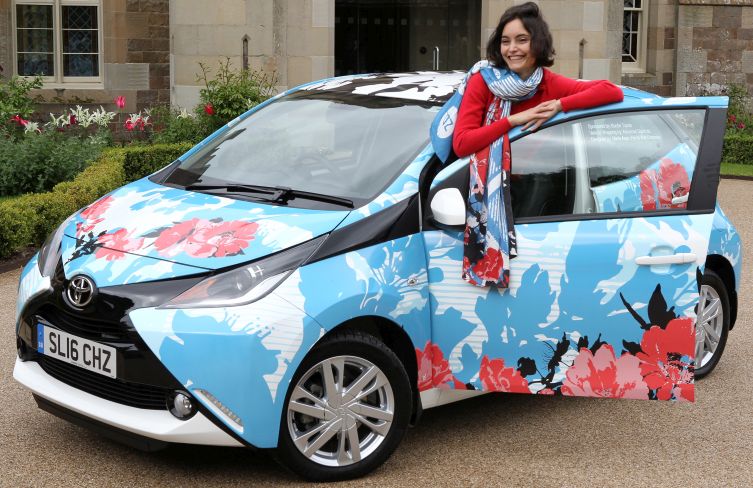 Reaction to the ‘materialised’ model has been extremely positive, and not just from attendees of the fashion show.

Border Toyota has now been appointed the official vehicle sponsor of the Borders Book Festival on 16-19 June, and Marta’s Aygo will be joined by four Toyota hybrid models employed to transport famous authors and guest speakers to the event from various locations around the Scottish Borders.