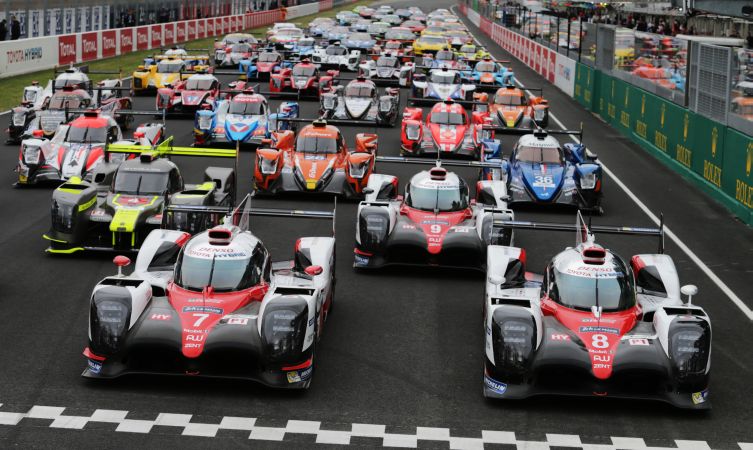 One year ago, Toyota Gazoo Racing was within sight of an historic first victory in the 24 Hours of Le Mans. But then fate intervened to snatch victory from its grasp within minutes of the chequered flag. Undaunted, the team is taking up the challenge once again this weekend, determined to succeed in the world’s most famous sportscar race.

Will you be joining them, either in spirit or, better yet, in person? Then let us take you through some of the essentials: how the team is feeling, the importance of the qualifying rounds, where you can experience the best of the action, and how to keep your fingers on the pulse through social media. 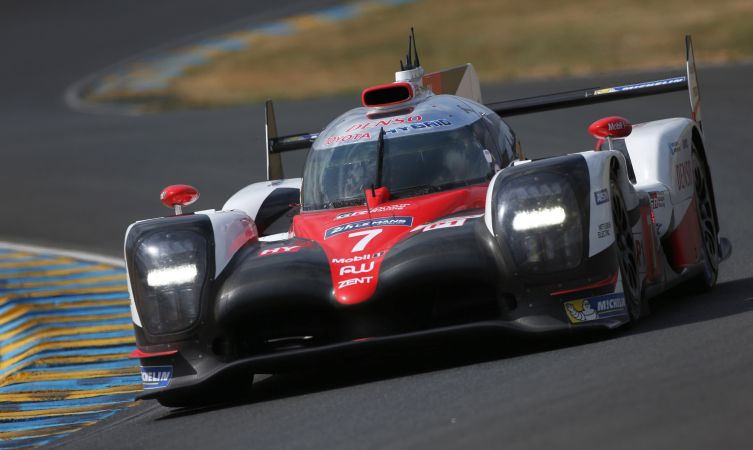 The team: How are the drivers feeling?

The Toyota Gazoo Racing team travels to the La Sarthe circuit in northern France as leaders in the FIA World Endurance Championship, confidence buoyed after claiming wins in the opening two rounds of the season with the latest TS050 Hybrid race car. In addition, the official test day saw the three Toyotas post the top three lap times. 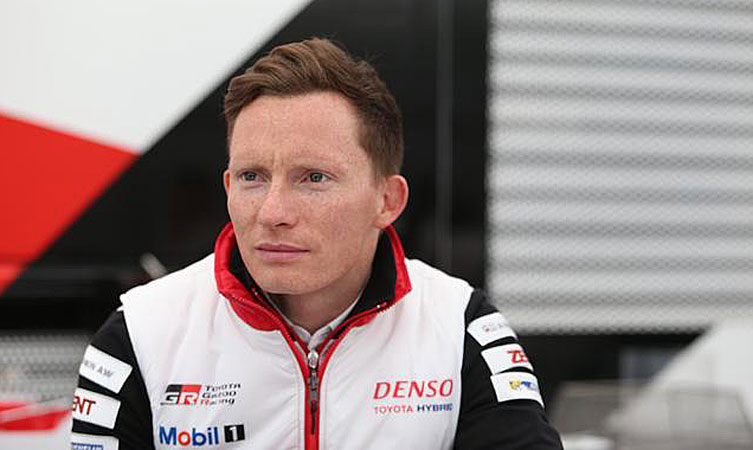 The team’s two British drivers are keen to succeed and complete Toyota’s long quest for a Le Mans win. Mike Conway (above), who pilots the #7 car alongside Kamui Kobayashi and Stéphane Sarrazin, said:  “Le Mans is the highlight of our season and the focus of a huge team effort. What happened last year is in the past. Now we are focused only on this year’s race and we expect to fight at the front again. I’m expecting a very close race, which would be fantastic for the fans, and cannot wait to be a part of it.” 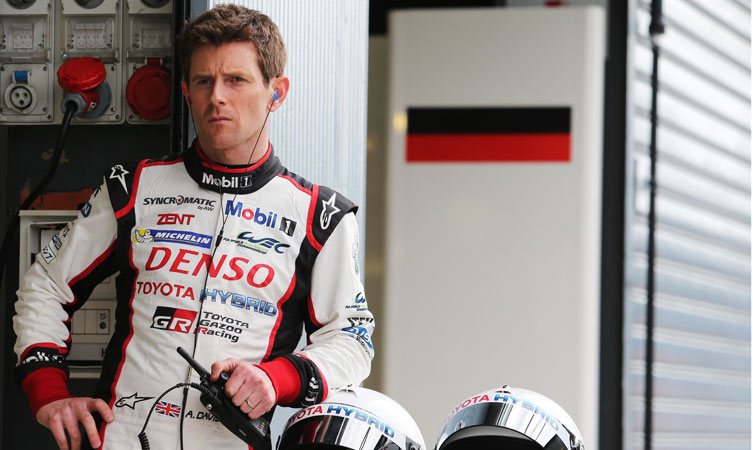 Anthony Davidson (above), World Champion with the Toyota in 2014 and driver of the #8 car with Sébastien Buemi and Kazuki Nakajima, commented: “The big challenge of Le Mans is that so many things can and will change during the race. It’s what makes it so special, you never know what’s going to happen. No-one can be confident because the race is so tough, but our preparations have started really well so I’m feeling good and looking forward to it.” 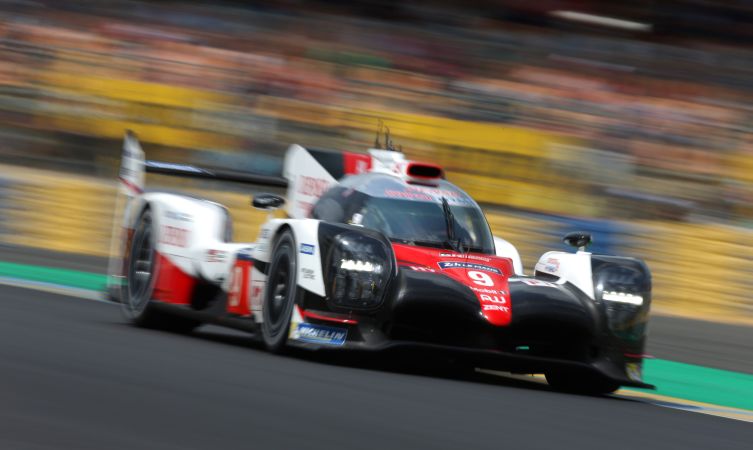 This year Toyota Gazoo Racing will field a third car (#9, above), with driving duties shared by Nicolas Lapierre, a podium finisher for Toyota in the race in 2014, and Le Mans rookies Yuji Kunimoto and José María López.

Le Mans: much more than 24 hours of driving

Qualifying continues on Thursday with two further two-hour sessions, at 7:00 and 10:00pm. The starting grid is decided by the fastest single lap from any of the qualifying sessions, with Toyota ready to fight for its third pole position. 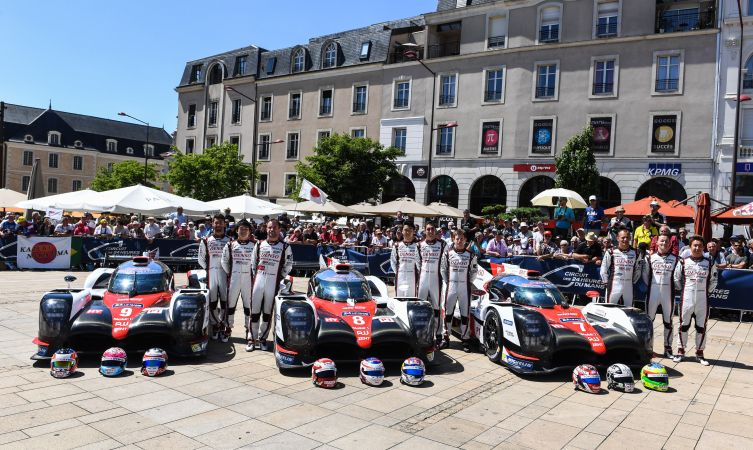 Friday’s parade in Le Mans town centre gives fans a chance to meet the drivers before the race weekend. Action continues with a 45-minute warm-up at 9:00am on Saturday, ahead of the race getting under way at 3:00pm.

Where are the best places to experience the race?

Needless to say, the best way to soak up the action and atmosphere of Le Mans is to be there in person. Due to the size of the course, picking spots from which to watch the race can appear daunting, but there is a wide variety of locations to try and free buses available to shuttle you around. Click here to explore your options as a spectator.

A grandstand ticket is perhaps the best way to spectate, though this privilege does come at a cost. Seating on the start/finish line, by Dunlop Bridge and the Ford Chicane offers the finest views, and a ticket for any of these locations will allow you to use the seat as a kind of base camp for the entire event. Free standing room is available on the concrete steps opposite the pit lane but this will be exceptionally busy at the start, while the view out is partially obscured. 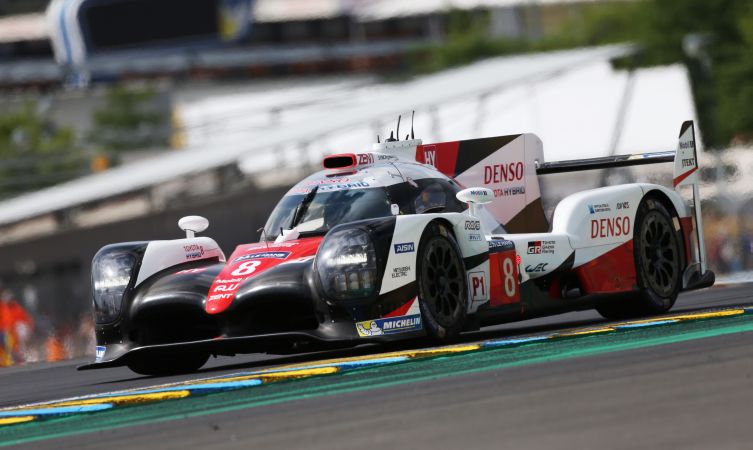 Not everybody can attend Le Mans in person, so there are a number of ways to watch the race live on TV or streamed live through the Internet.

If you want to be cheering along from the start, the full race can be watched live on the FIA’s official WEC website as part of a season pass, and it is also being screened on the Eurosport 1 channel through a Sky, Virgin Media or BT TV subscription. Coverage of the latter can be watched live on Eurosport Player, paying for which also grants access to post-race highlights videos on demand.

Social media is one of the best places to keep up-to-date with the latest race news and to experience behind-the-scenes dramas unfolding. For an overall view of the event, the official Le Mans news page is updated every 30 seconds with input from multiple sources, while we would recommend following @Toyota_Hybrid for more specific news from the Toyota Gazoo Racing WEC team. 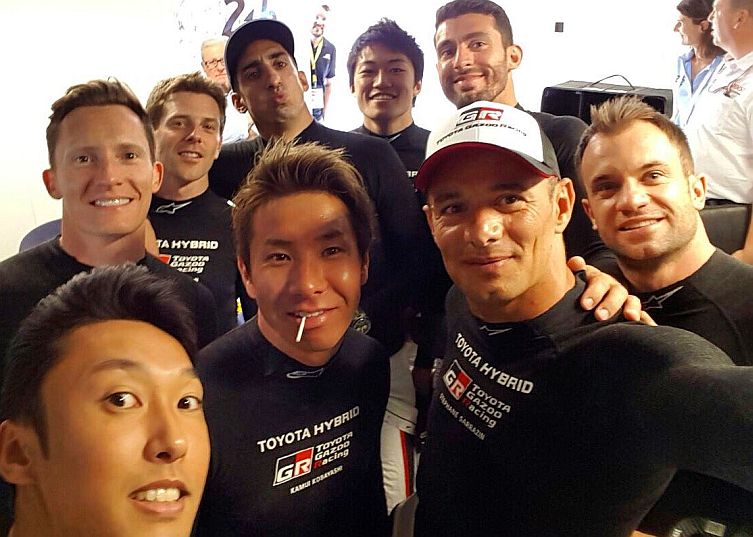 Each of the nine Toyota drivers will be active on social during the course of the event, although we hasten to add that this will not take place while they’re driving! Click the following links to visit their individual Twitter feeds.