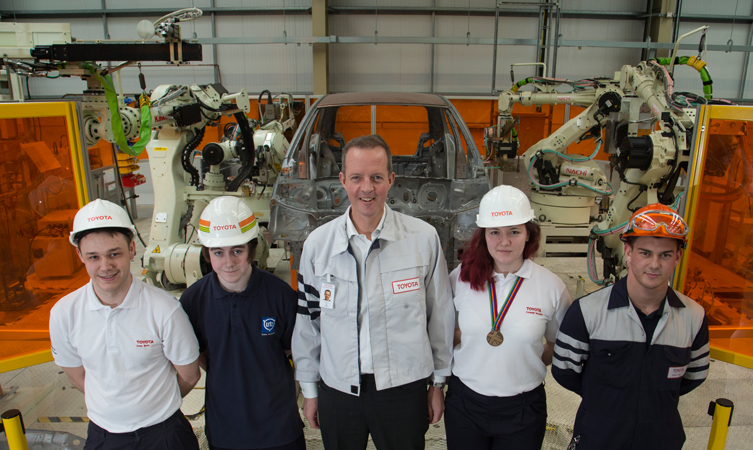 TMUK is at the forefront of the UK’s new Trailblazers apprenticeships. As a founding member of the automotive group, it is helping define and deliver focused training to equip young people with key skills required by industry.

Mr Boles was shown around the Apprentice Development Centre by Andy Smith, who is in the fourth and final year of his apprenticeship. He was introduced to some of the young men and women benefiting from training – apprentices both from within TMUK and from suppliers and local SMEs – and shadowed them in some of their practical tasks.

He said: “As Andy and his fellow apprentices at TMUK have demonstrated today, an apprenticeship is a fast-track route to a top career in one of the most dynamic industries.

“Working with industry partners, Toyota is playing a key role in the design of new, high-quality apprenticeships as part of the successful Trailblazers programme. By putting employers in the driving seat we are ensuring apprenticeships deliver the skills British industry needs.”

Tony Walker, TMUK Deputy Managing Director, said: “We welcomed the opportunity to show the minister first-hand how young people are making the most of the apprenticeship opportunities TMUK and its partners are providing.

“Our investment in apprenticeships can ultimately benefit not just our own operations, but UK business in general, encouraging and supporting a new generation to gain the skills modern industry requires.” 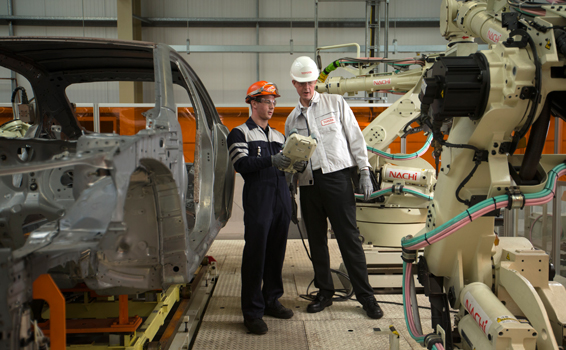 The Apprentice Development Centre was established as part of a significant expansion of Toyota’s investment in training in 2009 and is operated by TMUK in partnership with Burton and South Derbyshire College. Since 2013, its scope has successfully been extended to host apprenticeships for a wide range of small and medium-size businesses, reaching beyond the automotive sector and TMUK’s supplier network. The centre is currently training 44 apprentices drawn from 13 different companies local to TMUK, both within and outside the automotive sector. Nine of these businesses are engaging apprentices for the first time, gaining access to Toyota’s skills, resources and expertise in recruiting, training and developing apprentices to national Level 3 or HNC standards.

The Trailblazers Apprenticeships mark an exciting next-step in TMUK’s commitment to skills development. The company plays a leading role in drawing up and implementing relevant, accessible apprentice programmes to equip young people with key foundation skills to help them build a career in industry.

TMUK’s successful implementation of its apprenticeship strategy has gained it national awards from the sector skills council Semta both this year, for Training Partnership of the Year, and in 2014, for Skills Innovation. The strength-in-depth of the training programme is further reflected in TMUK apprentices’ multi-medal-winning success in the 2014 Wold Skills UK competition and their aspiration to secure places n the UK team that will compete at world level in Sao Paolo this year.

The minister’s visit coincided with TMUK preparations to launch production of Toyota’s new Avensis and Auris, unveiled last week at the Geneva motor show. TMUK Burnaston continues to be the exclusive European production centre for both these core Toyota models, including hybrid-power versions, reaffirming its commitment to and investment in British manufacturing and skills.