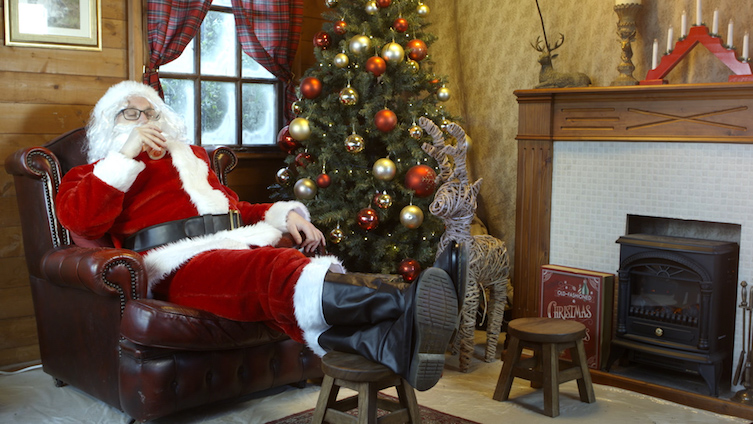 Santa Claus is a pretty shrewd fellow: he’s been at the top of the present delivery game for centuries. To stay ahead of the opposition, this year he’s given Dasher, Dancer and the rest of the herd a well-deserved break and instead selected a Toyota Mirai fuel cell vehicle as his delivery steed.

The benefits of choosing our hydrogen-fulled model are manifold. First, the Mirai’s slick electric powertrain makes it possible for him to glide from house to house in near-silence. For a man whose entire business model relies on stealth, that’s a huge advantage, reducing the likelihood of an errant sleigh bell or reindeer hoof alerting excited children to his presence. 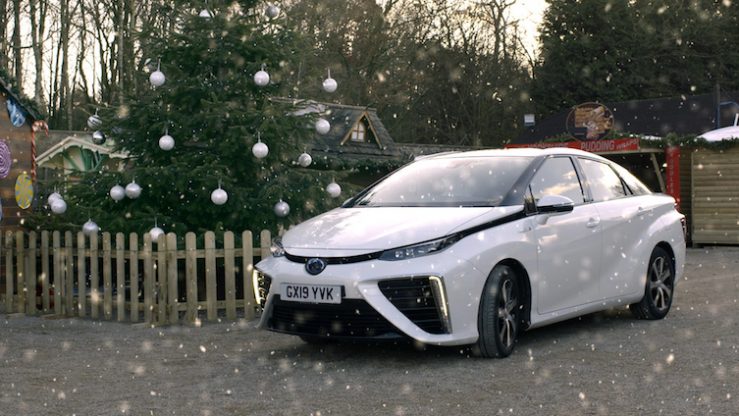 Then there’s the Mirai’s smooth, comfortable ride, which is a boon for a chap who is undertaking an improbably high-mileage journey over the course of a single evening. And with time at a premium for the man in the red suit, driving a fuel cell electric vehicle that can be refuelled with hydrogen in less than five minutes is very convenient. 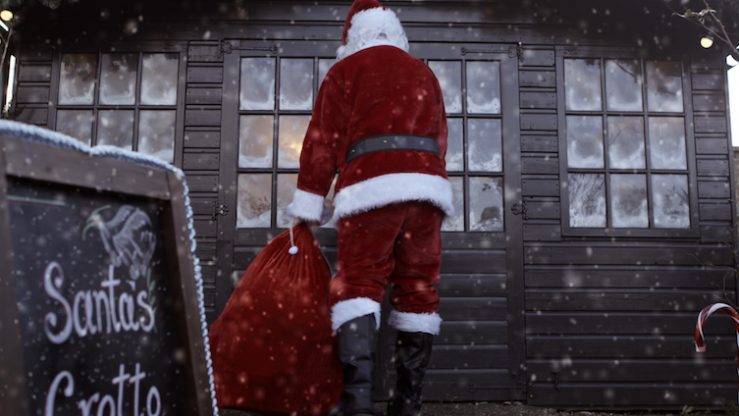 Additionally, the Mirai produces no harmful emissions from its exhaust. A high-fibre diet of carrots might be a very effective way to keep reindeers energised throughout Christmas night, but it also results in the production of some unpleasant emissions from the herd. The Mirai has no such noxious issues; it emits only water as a by-product of the conversion of hydrogen to electricity in the fuel cell system.

What comes out of the exhaust is water in both liquid and vapour forms. Although this process happens automatically and is barely noticeable, it’s also possible to manually expel any water that’s present in the exhaust system by pressing the button marked ‘H20’ on the Mirai’s dashboard. 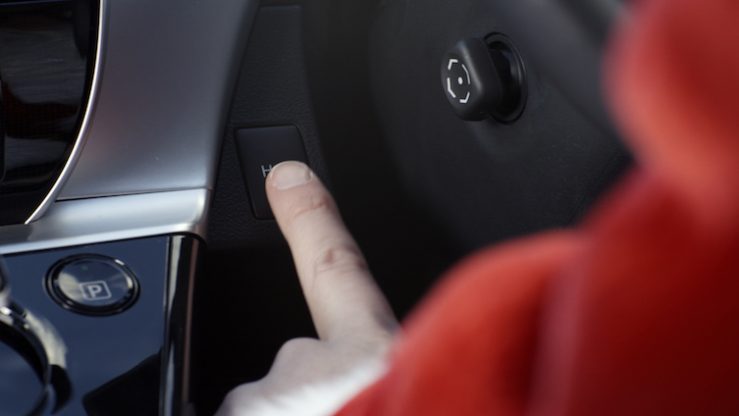 As Santa shows in our film, it’s theoretically possible to collect this warm water in a cup and use it to make ice cubes with which to chill your favourite festive tipple. 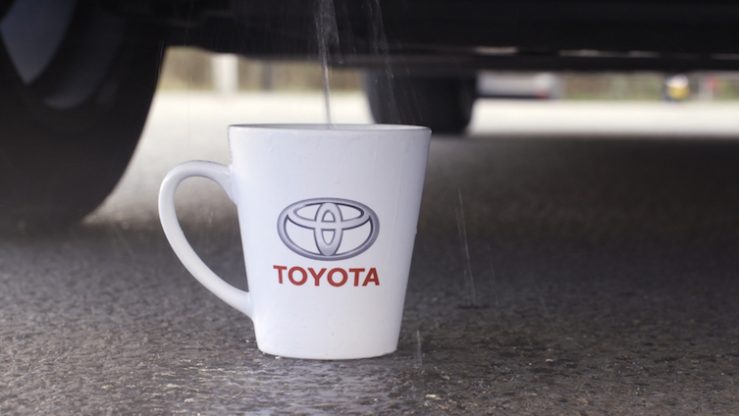 Our film shows Santa, at the end of his journey, pressing the ‘H20’ button to expel the water from his Mirai into a mug. 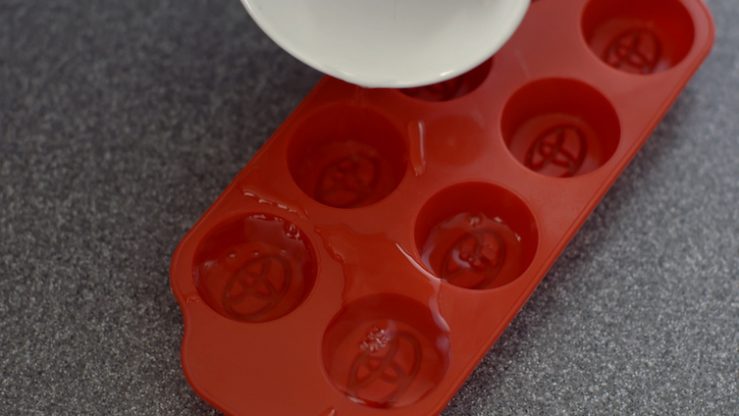 After letting the warm water cool, he then pours it into a Toyota-branded ice cube tray and pops it into the freezer, retrieving some ice that he’d prepared after a previous journey. Popping a couple of cubes into his lemonade, he relaxes to contemplate another delivery job well done. 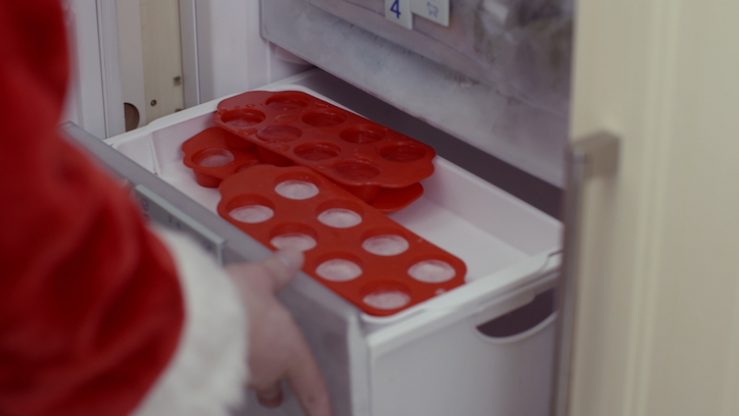 However, while it is possible to consume the water emitted from the Mirai, we’d actually advise against it. Laboratory tests have proven that the water produced by the fuel cell reaction is pure, but the fluid then has to pass through the exhaust system on its way to the exit, and it’s possible for it to collect dirt and other impurities on the way.

All the same, it’s great to see the man who delivers the presents enjoying a taste of the future.