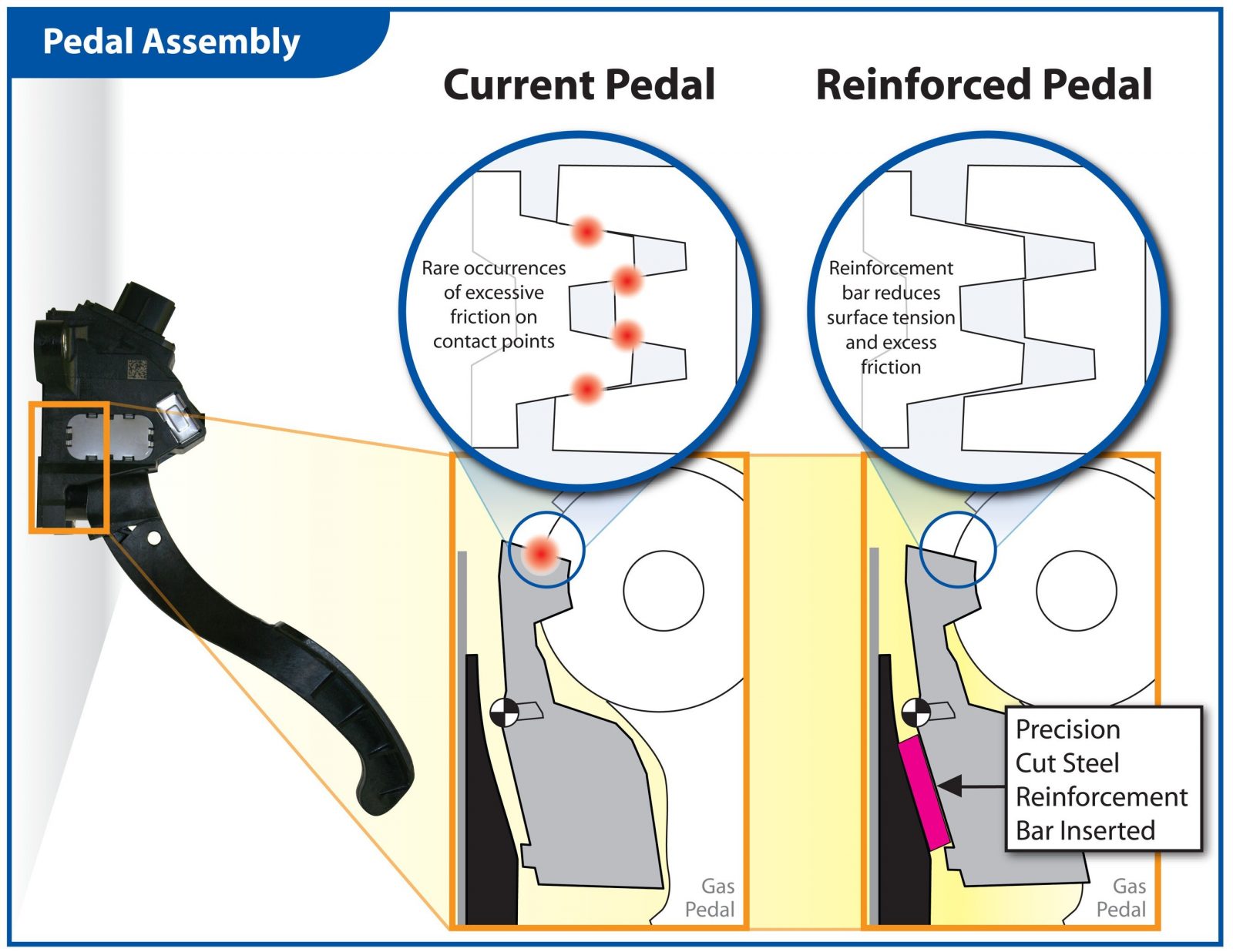 
Toyota’s engineers have developed and rigorously tested a solution that involves reinforcing the pedal assembly to eliminate the potential risk of excess friction that could, in rare instances, cause the pedal to stick. The first shipments of parts required for this fix will begin arriving in Europe next week. In parallel, plans to contact the affected customers are being put into place. In addition, Toyota has already implemented an effective production solution for vehicles to be sold in Europe.

“Toyota’s policy is to put its customers first, in all circumstances”, said Tadashi Arashima, President and CEO of Toyota Motor Europe. “We understand that the current situation is creating concerns, and we deeply regret it. We would also like to reassure customers: the potential accelerator pedal issue only occurs in very rare circumstances. The recall action is a precautionary measure aimed to guarantee the highest quality standards to all customers.” Arashima added: “At Toyota, we are fully committed to safety, we know what the problem is and how to fix it, so now our focus is to make that fix as quickly as possible. We will make the necessary checks to ensure future customers do not receive an affected vehicle”.

In the event that a driver experiences an accelerator pedal that sticks in a partially open throttle position or returns slowly to the idle position, the vehicle can be controlled with firm and steady application of the brakes. The brakes should not be pumped repeatedly because it could deplete vacuum assist, requiring stronger brake pedal pressure. The vehicle should be driven to the nearest safe location, the engine shut off and an official Toyota Centre or road-side assistance should be contacted.

Toyota is not aware of any accidents resulting from this condition in Europe. Furthermore, there is no relation to the floor mat issue which was recently announced in North America.

The recall of eight Toyota models in Europe was announced on January 28. The involved models and production periods are as follows:

The precise number of involved units is still under investigation, but may reach up to 1.8 million vehicles. No Lexus models and no other Toyota models are affected.

Whilst this condition is rare, Toyota advises customers who have concerns to contact Toyota GB Customer Relations on 0800 1388 744 for assistance.

How Toyota Will Fix Recalled Vehicles

Toyota has pinpointed the issue that could, on rare occasions, cause accelerator pedals in recalled vehicles to stick in a partially open position. The issue involves a friction device in the pedal designed to provide the proper “feel” by adding resistance and making the pedal steady and stable.  The device includes a shoe that rubs against an adjoining surface during normal pedal operation. Due to the materials used, wear and environmental conditions, these surfaces may, over time, begin to stick and release instead of operating smoothly. In some cases, friction could increase to a point that the pedal is slow to return to the idle position or, in rare cases, the pedal sticks, leaving the throttle partially open.

Toyota’s solution for current owners is both effective and simple. A precision-cut steel reinforcement bar will be installed into the assembly that will reduce the surface tension between the friction shoe and the adjoining surface. With this reinforcement in place, the excess friction that can cause the pedal to stick is eliminated.  The company has confirmed the effectiveness of the newly reinforced pedals through rigorous testing on pedal assemblies that had previously shown some tendency to stick. 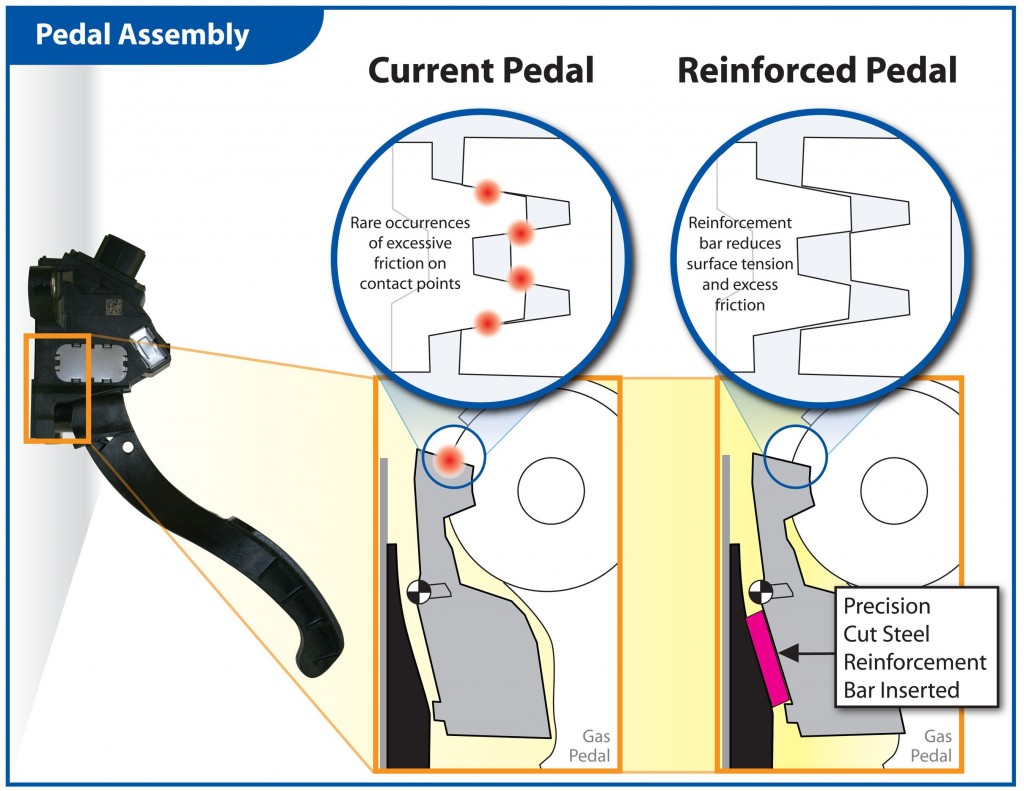