This morning we were looking forward to a lovely drive and I was worried about our fuel consumption. Well, we had it half-right.

The day started in Liverpool much as Monday finished – in lovely weather. It was a shame to be leaving a great city unexplored, but we managed a little more sightseeing after we decided that the route suggested by the sat nav was unecessarily circuitous. After trying to cut the corner off we learned today’s lesson: you can’t join the Birkenhead Tunnel from just anywhere.

After a quick stop for breakfast we were cruising through the Wirral, before picking up the A494 and beginning to encounter the kind of hills that look wonderful, but which don’t do much for a car’s fuel consumption. I’d been dreading what the undulations of Wales would do to our figures, and climbing each one saw our mpg come tumbling, but a trick discovered by Alex helped us make the most of them. Set a sensible speed in the cruise control as you crest a hill, and the Prius uses regenerative braking to stop you going too fast on the way down, building up charge in the battery ready for the next chance to run on electric power only. 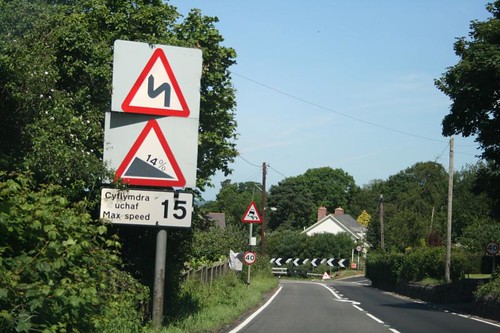 Of course, you don’t need to worry about all of this as the Prius recovers energy from the brakes during normal driving, but a bit of craftiness let me average 74.6 miles per gallon on the hilliest, bendiest roads we’ve driven in the past few days. And I was feeling pretty pleased with myself too, until Charlie – on his first ever drive of the new Prius – managed an even better 76.3mpg on the similarly hilly second leg to Saundersfoot, south west Wales. 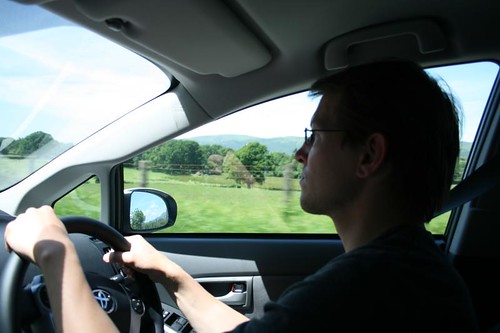 It was great to meet Janet – whose comments helped inspire this trip – and her husband Vian, but sat in the car I was using the touch tracer controls to run through our facts and figures when I made a terrible mistake. For the whole journey we’ve been using Trip B to record the statistics for each individual stint, and Trip A to keep track of the overall mileage and consumption since I brimmed the tank in High Wycome (which seems like a distant memory). After proudly showing Janet that we’d covered 1,470.4 miles at an average of 71.6mpg, I reset the meter that proved it. 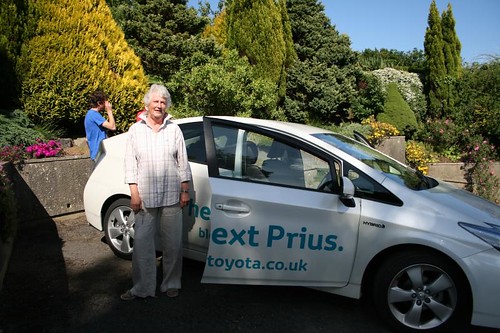 Fortunately, I’ve been obsessive about recording the stats on paper, so while I’ve now made all the calculations a lot harder we haven’t lost the information. I consoled myself with that while Janet took the wheel and piloted us through yet more beautiful Welsh scenery on a relaxed test drive in the afternoon sun. With four of us in the car, I was again amazed by the gradient of hill it’s possible to climb in fully-electric EV mode, and Janet – owner of a second-generation Prius – turned in an impressive 63mpg.

Now that I’ve reset Trip A, it takes a little maths to calculate our average consumption, but as of this evening we’ve covered 1,522 miles at 71.4mpg. Tonight we’re in a quiet, eclectic house perched on headland overlooking a sandy Atlantic beach, on which I can hear waves breaking as I write. After a week of hotels it’s wonderfully different, and is helping me recharge my own batteries ahead of the 330-mile final leg that awaits. 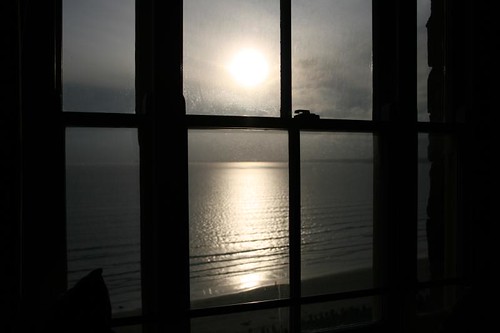