Postcard from… is a series bringing you closer to the action of Toyota’s launches and events from across the world. In this blog we visit Barcelona to drive the Yaris GRMN hot hatch.

Clear blue skies, double digit temperatures, a wonderfully photogenic city and stunning countryside in the surrounding mountains… the reasons to hold the Yaris GRMN press launch in Barcelona were clear from the moment we touched down. 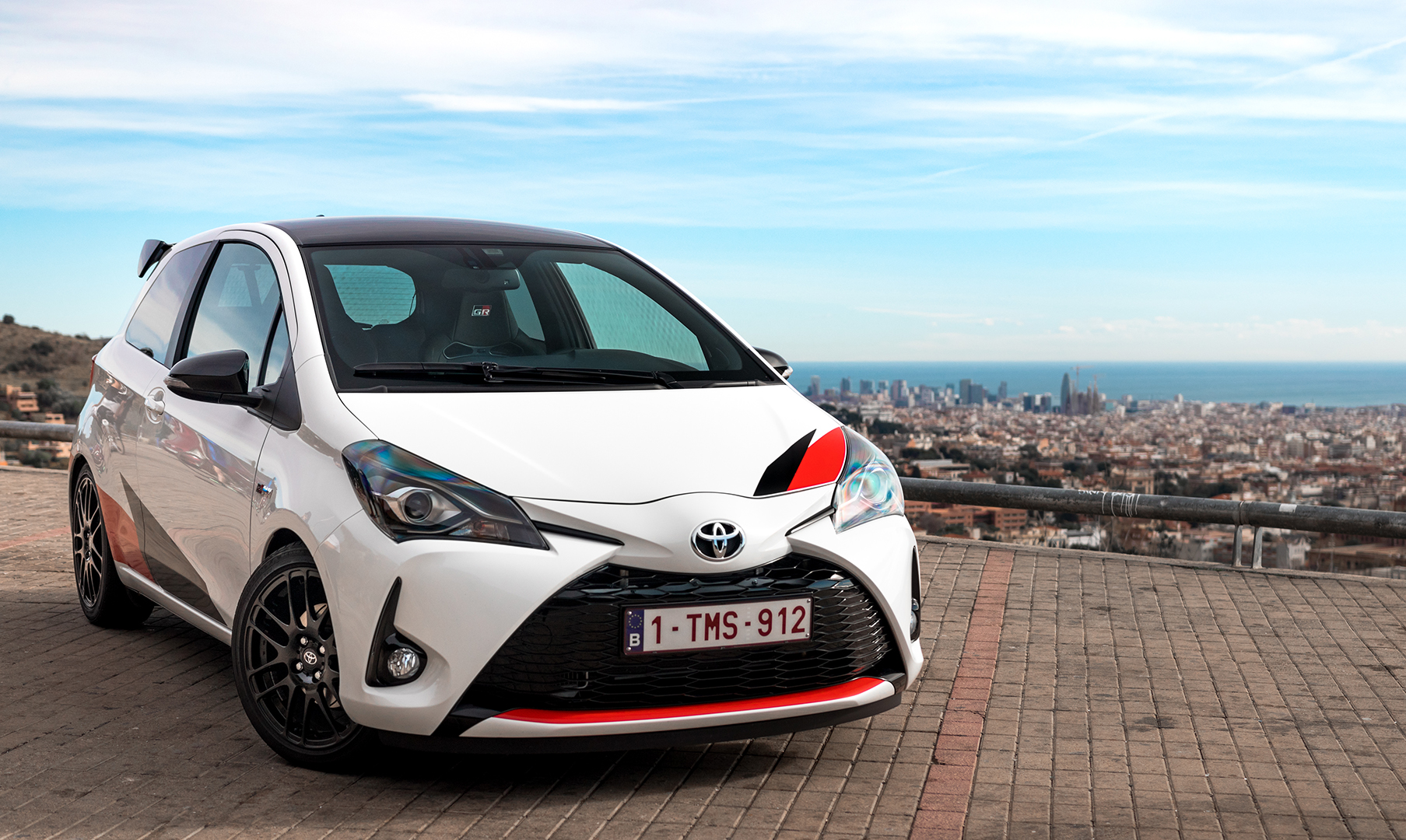 Two hours earlier, journalists, photographers and Toyota GB staff had left behind a cold and damp Heathrow to experience the super-exclusive new hot hatch in and around Spain’s second-largest city.

The group was taken to Hotel Miramar up in the hills overlooking Barcelona where we were welcomed by Stijn Peeters, Senior European Technical Project Manager, a.k.a the man who made the Yaris GRMN a reality.

This was a chance for Stijn to delve into the details of what makes the Yaris GRMN so special, such as the supercharged 1.8-litre engine, the best-in-class figures and the effort that went into elements such as the suspension, differential and body rigidity to make Toyota’s hot hatch revolution worth of the GRMN name. 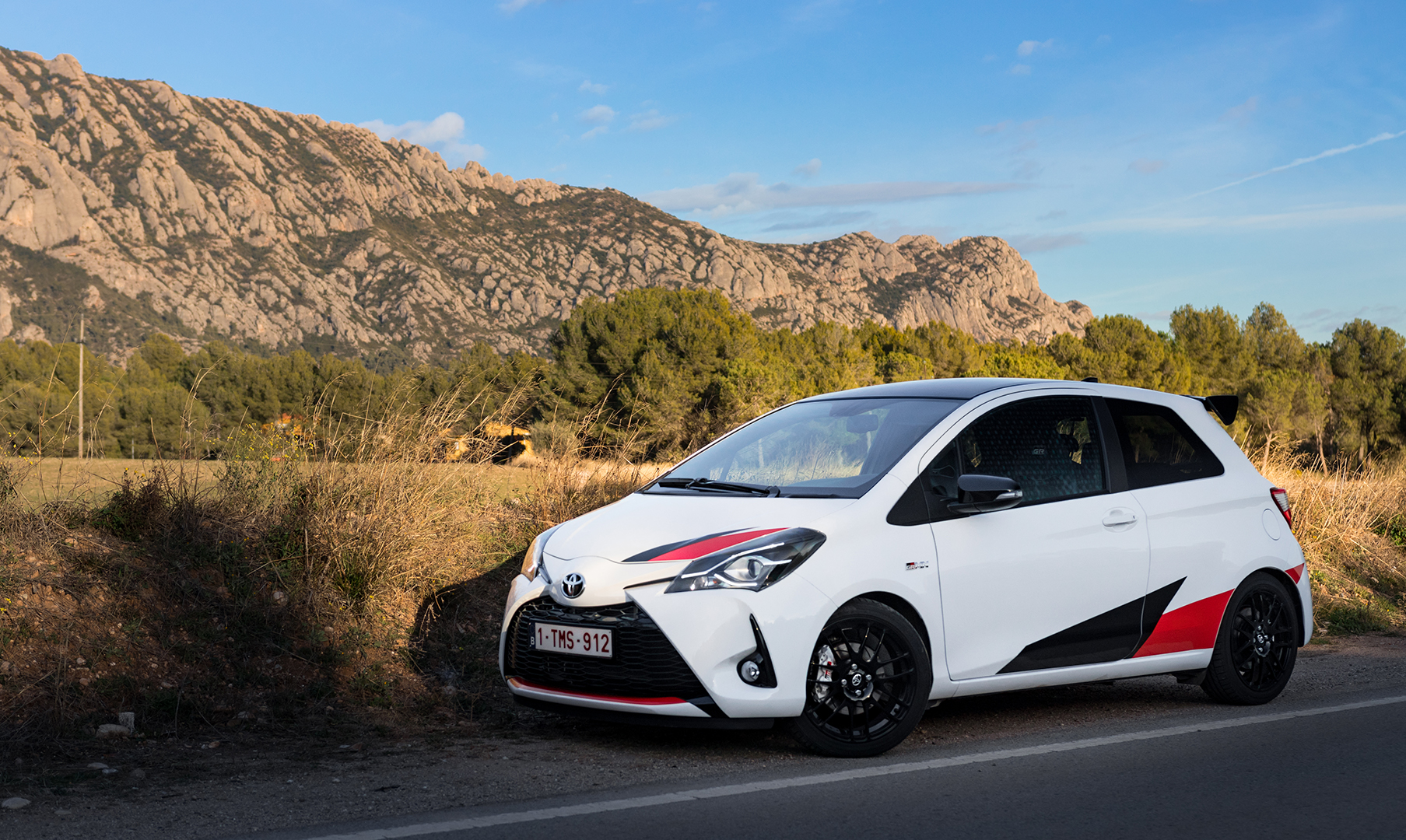 Day one: Drift and Drive

The next day was when the fun really began. Shortly after breakfast we were greeted with the sight of ten Yaris GRMNs parked outside the front and one simple instruction – follow the GPS to the destination; we’ll meet at the track.

The route wound through urban streets decorated with colourful street art, on to the highway which led to Parcmotor Castellolí race circuit. Here, two challenges awaited our guests: Drift and Drive. 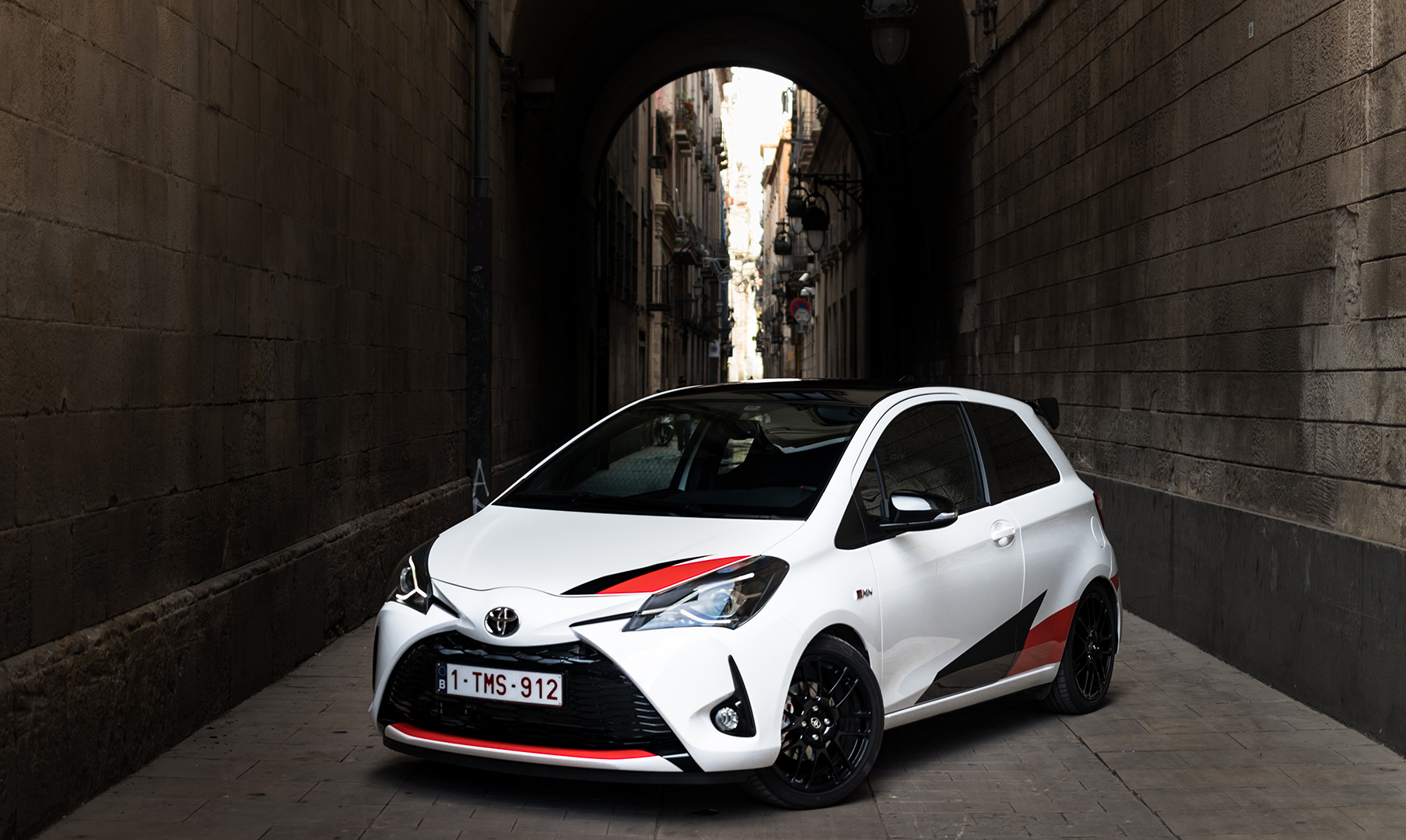 Ahead of the Drive session guests were treated to a track briefing by Vic Herman, one of Toyota’s elite master drivers and the man tasked with testing the Yaris GRMN to its limit while handling and performance went through tireless fine-tuning.

Here he gave an intro to the 4.1km Parcmotor Castellolí track, making sure our guests were well-versed in the rules of overtaking and race flags.

With tight corners and long straights, the Castellolí circuit put the Yaris GRMN’s hot hatch credentials to the test, but it’s the sound of this little hot hatch, not just its performance, that can take you by surprise. 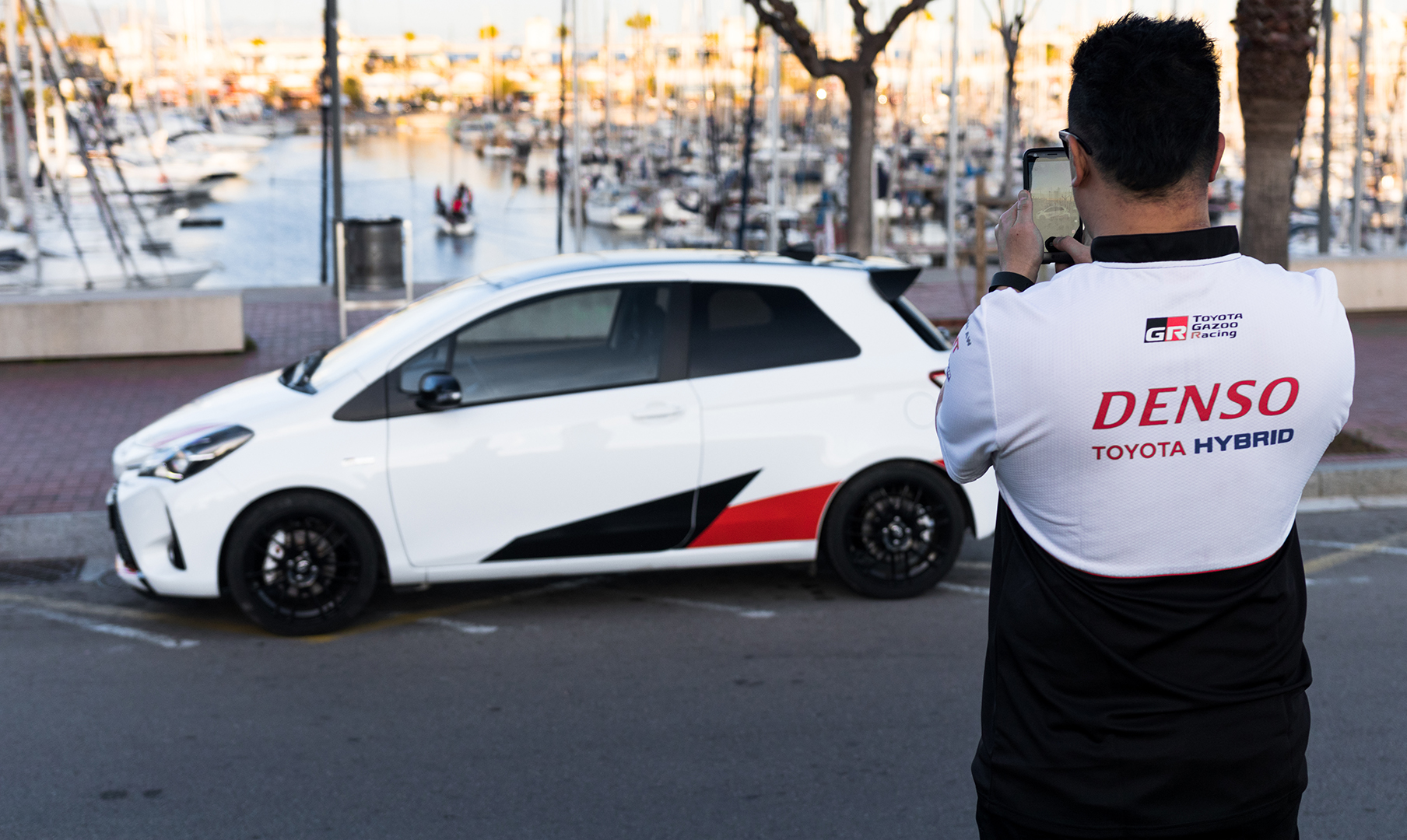 The Drift session was hosted by a familiar face – Fredric Aasbø, the star of last year’s Donuts from Space video and a Formula Drift champion. Take one GT86, disable the ABS and all traction and stability controls, and (in controlled conditions) fun is the only possible outcome, as you can see below:

Thanks to @toyota_europe & and our Youtubers and Influencers from across Europe for a great couple of days! #YarisGRMN #GT86 #Dorifto pic.twitter.com/u6Km9tSJRC

From there it was back on to Barcelona’s roads. Breathtaking scenery through the mountains gave our guests ample opportunity to photograph the car in stunning locations as they headed back to the hotel.

The final day gave our guests the chance to experience the Yaris GRMN in the city. And again, that exhaust note certainly grabbed the attention of locals as we rasped by.

One of our guests thought he’d landed himself in trouble when he was stopped by the local police, but was relieved and delighted when the officers simply wanted to hear the car rev and suggest ideal locations to film the car on mountain roads. 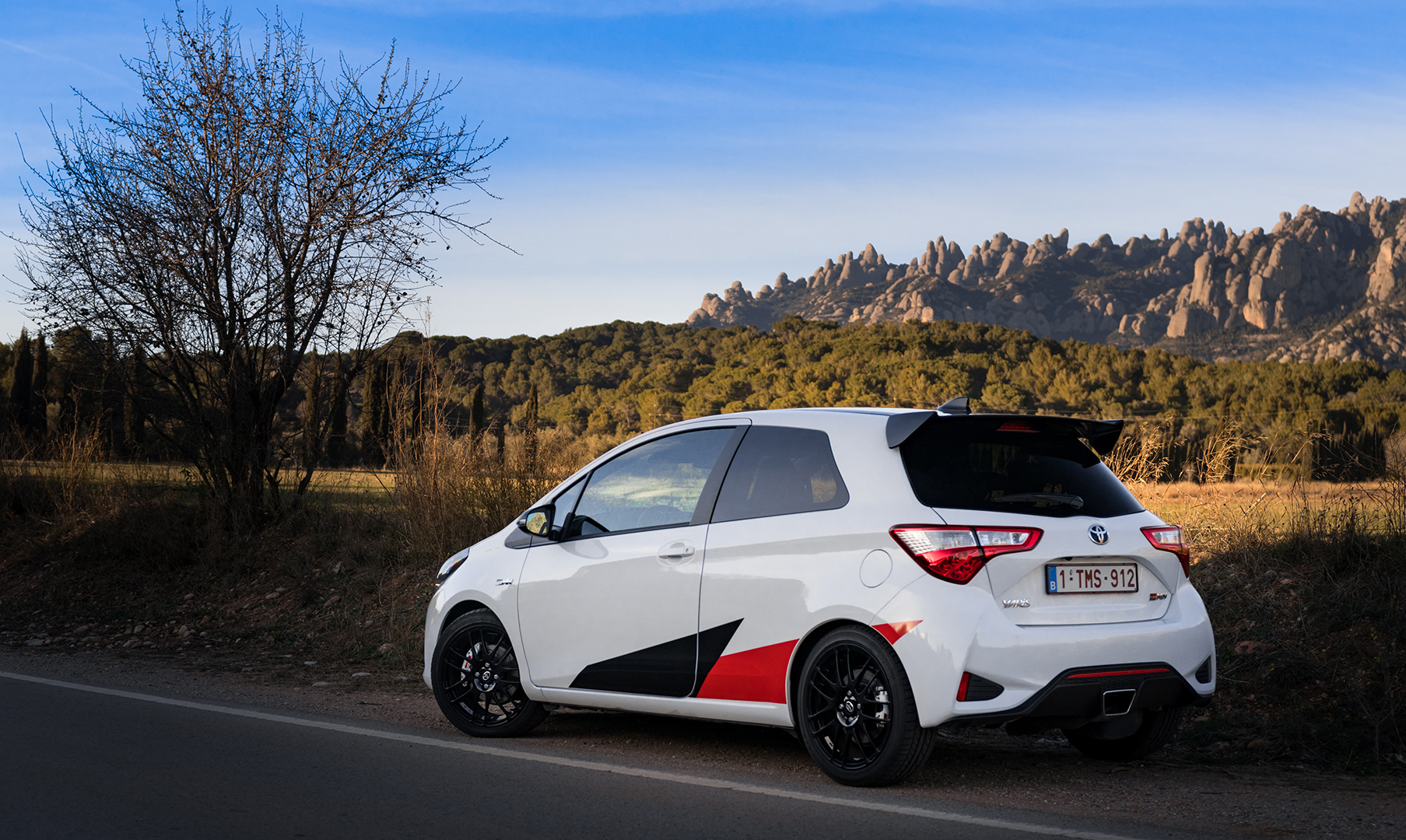 After this, it was time to say farewell to Barcelona and farewell to the Yaris GRMN – which will be on UK roads in limited numbers later this year. Keep your eyes peeled.