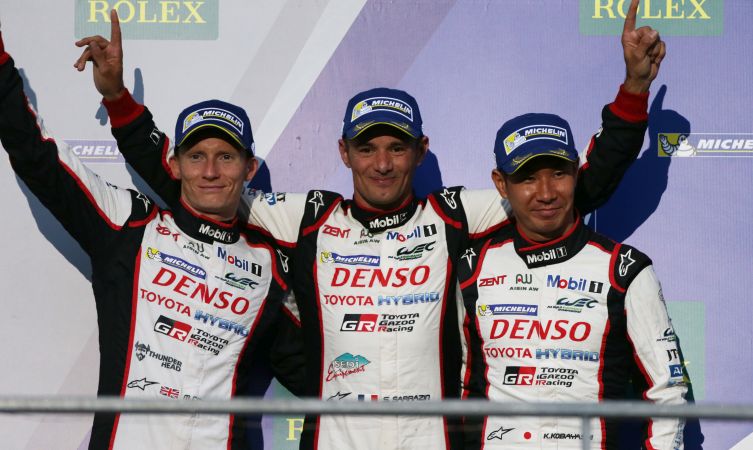 Toyota Gazoo Racing returned to the podium at the climax of an exciting 6 Hours of Mexico, the fifth round of the 2016 FIA World Endurance Championship.

Mike Conway, Stéphane Sarrazin and Kamui Kobayashi in the #6 Toyota TS050 Hybrid had a difficult start to the event, sidelined from Thursday’s practice session by an accident, but came through strongly to finish third. 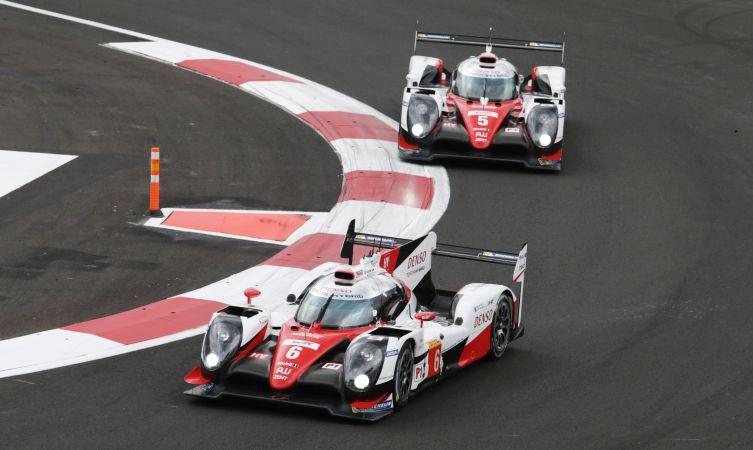 They were the only Toyota to make it to the chequered flag. The #5 car of Sébastien Buemi and Kazuki Nakajima was forced to retire due to a powertrain electrical issue while challenging for a top-three finish. The car’s squad was reduced to two drivers before the start of the race, Anthony Davidson having had to stand down due to bruised ribs he sustained in an earlier test session.

Conway said: “It’s fantastic to get a podium here. All credit to the mechanics for getting the car over the finish line; it’s been a big team effort.” 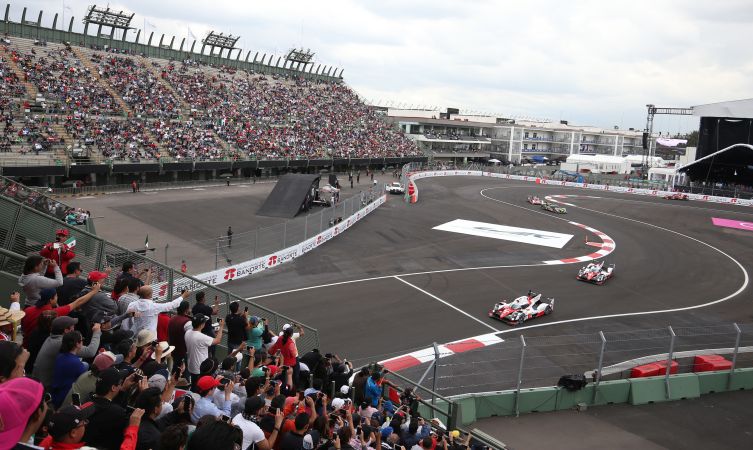 At just 4.3km, Mexico City’s Autódromo Hermanos Rodríguez is the shortest on the WEC calendar, which meant the LMP1 cars regularly had to make their way through lapped traffic, creating an action-packed race with occasional contact.

One such incident 90 minutes into the race saw Conway clash with another car, earning him a drive-through penalty. Although the car was undamaged, this dropped the Toyota back by 20 seconds. 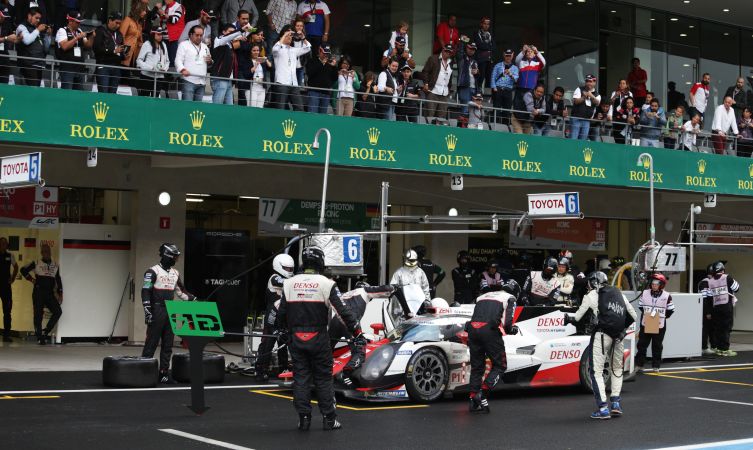 More misfortune struck soon afterwards when electrical problems forced Nakajima to pit the #5 car. The issue could not be repaired and the car had to be retired.

After half distance the race took another twist when rain began to fall. Positions changed frequently and the #6 Toyota held third until being passed by the #7 Audi, which had taken on intermediate tyres. Sarrazin drove brilliantly, however, twice passing the #2 Porsche for third, either side of a tyre change for slick rubber. 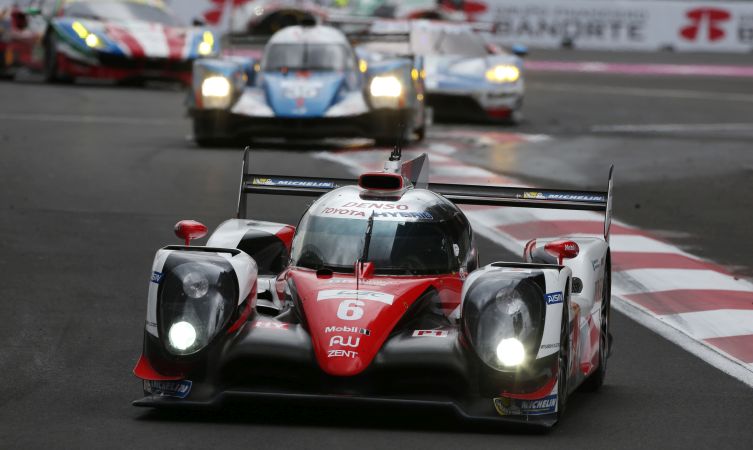 The Toyota soon moved ahead of the #7 Audi to run in second place prior to a final pit stop and the fitting of intermediate tyres in anticipation of further rain during the closing laps. At the finish Sarrazin was securely in third place, giving the #6 car its third podium finish of the season.

Toyota Gazoo Racing is back in action on 17 September at the 6 Hours of the Circuit of the Americas in Texas, USA. 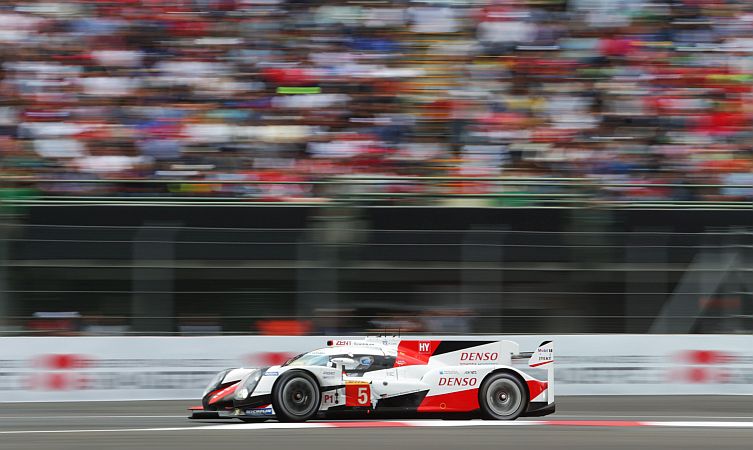 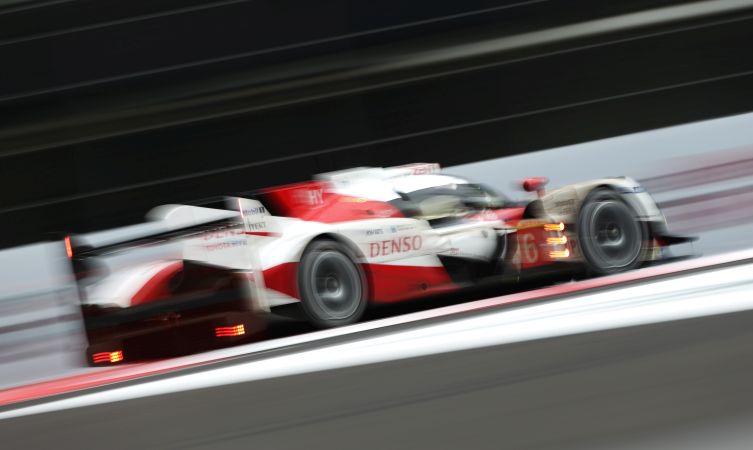 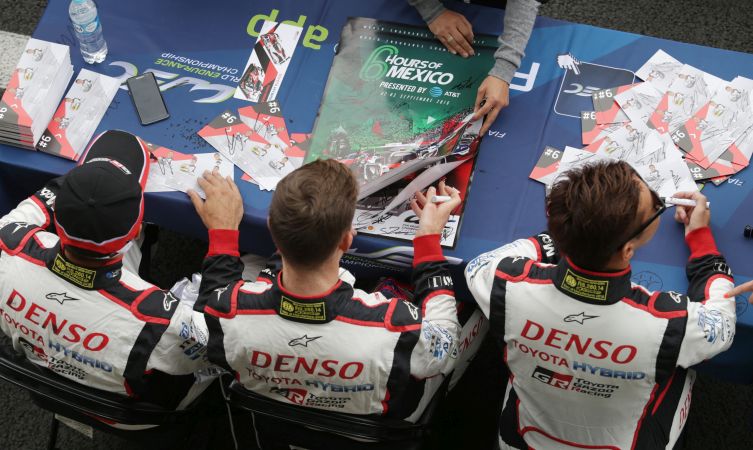