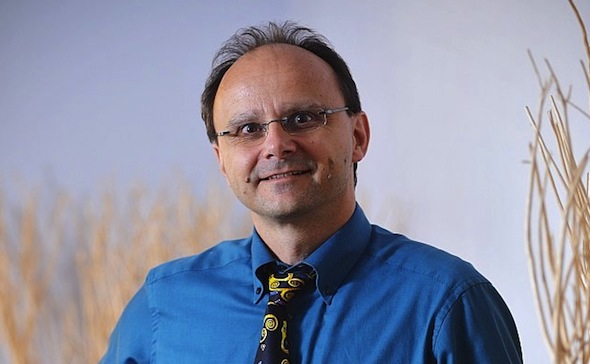 It’s not long until the 2014 Toyota Verso arrives on UK roads, featuring a range of updates including new colours, interior options and a 1.6-litre diesel engine supplied by BMW.

Toyota Blog: Why did you decide to source an engine, rather than develop a 1.6 diesel from scratch?

Gerald Killman: Considering that diesel passenger car sales are mainly concentrated in Europe, and that producing a new diesel engine would require significant development work, we came to the conclusion that, in this instance, the best solution was to co-operate with another manufacturer rather than develop a unit ourselves.

The next step was to define the selection criteria. We went looking for candidate engines that delivered the level of performance we required – torque, power, fuel consumption. And, of course, we also had to take into account whether the engine’s geometry was compatible with our car.

Engine hardware wasn’t the only driver, though. We also wanted to find a partner that is, like us, a technically oriented company, and which thinks in similar ways.

So, all things taken into account, the BMW Group turned out to be our ideal partner.

TB: How has Toyota developed this engine?

GK: The engine is probably the most interlinked component in a car. It interacts with a huge number of systems. In this case, we developed a host of new elements – a new dual-mass flywheel, an adapted gearbox housing, new engine mounts, new electronic interfaces and more.

When you install an engine in a car, it isn’t only a mechanical marriage, it needs electrical integration too.

Matching the electronics was a major task, because the engine control unit contains elements from both project partners and they all needed to be integrated into the car’s electronic system through our interfaces.

We had to adapt external engine components to meet the geometrical requirements of installation, and to cope with the thermal stress that comes from powering a relatively large and potentially heavily loaded car, air flow through the engine compartment was optimised.

TB: What were your main targets when adding this engine to the line-up?

GK: First of all, because it is family car, an MPV has to be comfortable to drive. On the other hand, looking at the vehicles that are already on the road using this engine, we recognised its dynamic performance. So we wanted to bring a combination of these aspects to Verso.

When you put a low displacement engine in a relatively large car, it’s essential that the engine delivers, so that was a key engineering target. We had to make sure that torque was available from low revs, and that it was also spread over a wide rev band.

This ‘stretchiness’ was one of our goals. It allows the driver to stay in the same gear for longer, at higher rpm during acceleration, without getting the feeling that the engine is running out of steam.

As a result, the driver gets access to very decent performance, without upsetting their passengers’ comfort with sudden bursts of acceleration as they go through the gears – something that’s important in a family car.

The NVH [noise, vibration and harshness] target was to be as good as the 2.0-litre D-4D engine and, in some areas, to perform even better.

And of course efficiency was important. We managed to cut CO2 emissions back by eight per cent, from 129 to 119g/km, compared to the 2.0-litre D-4D engine. And thanks to the smaller engine size and the use of a stop and start system, there is a noticeable fuel consumption advantage, particularly in urban driving.

TB: How has Toyota quality been guaranteed?

GK: The car is engineered like any other Toyota. The engine was subjected to all our durability tests, even though it comes from another manufacturer.

From an R&D viewpoint, it may be an engine from another manufacturer, but our standards don’t change. We have checked that it meets our durability requirements and have done all the necessary component redevelopment and testing.

TB: What elements of the project are you most proud of?

GK: Our goal was to ensure that the 1.6 D-4D model would deliver better CO2 performance without sacrificing comfort, driving pleasure or real-world usability. Three elements contribute to the achievement of that aim.

First, we managed to control the transmission of engine vibrations to the body very well. I am extremely happy with the level we achieved, especially under stop and start operation.

The second factor was engine response, the linear torque build-up and the high availability of torque over a wide rpm range. Often with a diesel, once beyond 2,700 to 2,800rpm, the drop off in torque hits you like a barrier. The 1.6 D-4D on the other hand lets you continue happily well beyond 3,000rpm, almost like a petrol engine. As a driver, it’s nice to have that option, particularly when you have to pull into heavy traffic and need power to catch up with the traffic flow.

Third, we’ve also worked on gear ratio selection to combine dynamic performance with good fuel consumption and low noise levels at motorway speeds. That’s why we’ve made sixth gear a cruising gear, while lower gears, such as second and third, are designed for good acceleration, using the stretchiness of the high-revving engine.

You can find out more about the Toyota Verso at toyota.co.uk.