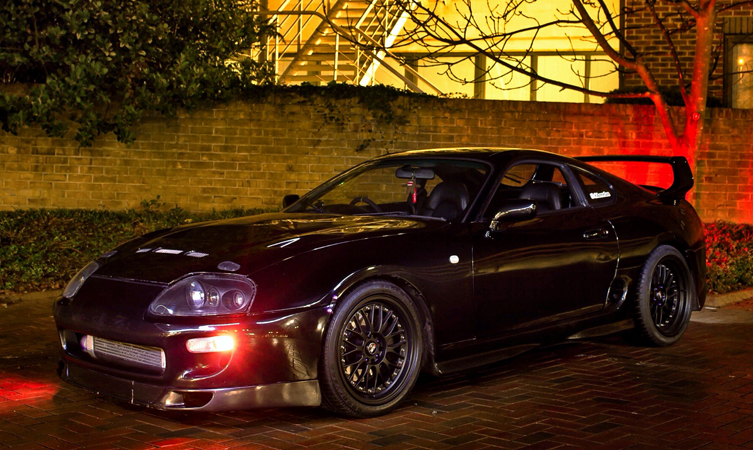 Last weekend the first official Car Throttle meet took place at the Ace Café in North West London. The café’s car park was filled to capacity by an eclectic collection of modern-day supercars, American muscle and some classics. So popular was the meet that vehicles had to sprawl out onto the surrounding streets.

One of these vehicles in particular stood out to us and certainly pulled in the crowds – a 1993 Japanese domestic market specification Toyota Supra RZ.

We caught up with the Supra’s owner, Alan Kelly, who gave us a breakdown of the modifications he’s made to his car. Read the full list below: 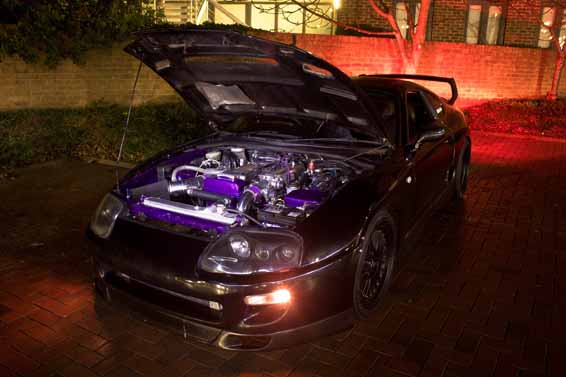 One of the reasons why this Supra became a star attraction was for its ability to spit three-foot-long flames from the tail pipe – a result of an aftermarket exhaust flamer kit strictly designed for off-road and show use only.

Have you modified your Toyota? We’d love to see some pictures. Feel free to post them on the official Toyota UK Facebook page.