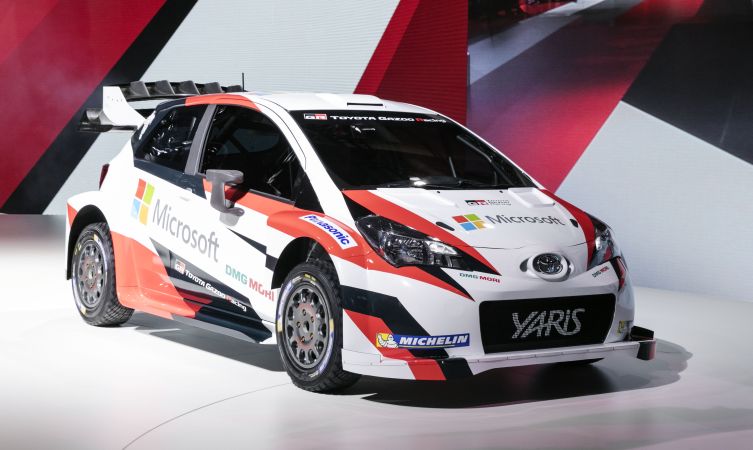 Today at the 2016 Paris motor show, Toyota announced it has reached an agreement with Microsoft to collaborate in the 2017 FIA World Rally Championship (WRC) series. As part of the agreement, Microsoft will serve as a technology partner for the Toyota Gazoo Racing WRC rally team.

Motorsport offers an important way to convey the excitement of driving, and is at the heart of Toyota’s efforts to foster a greater following of car fans and enthusiasts. Conducting these activities under the umbrella of Toyota Gazoo Racing allows Toyota to develop its people and improve its products, thereby contributing to the creation of “ever-better cars“. Under the leadership of Team Principal Tommi Mäkinen, Toyota is developing a rally vehicle scheduled to begin competing in 2017. 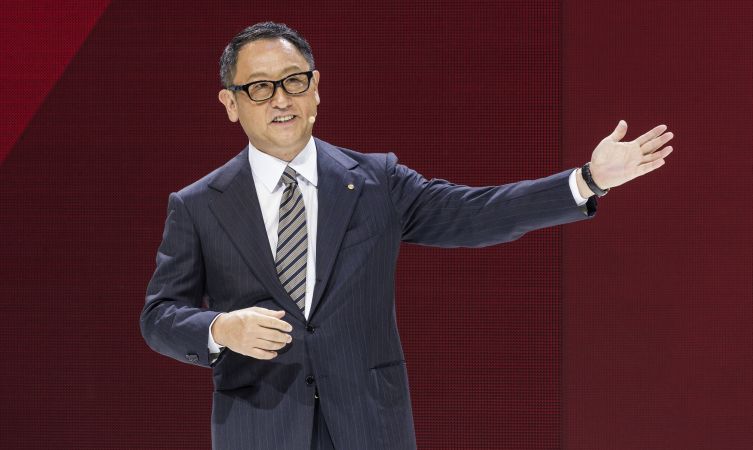 Using Microsoft technology, Toyota wants to maximize its competitiveness in WRC, while ensuring that data from the race course can be used to achieve the company’s vision of designing and manufacturing ever-better cars. 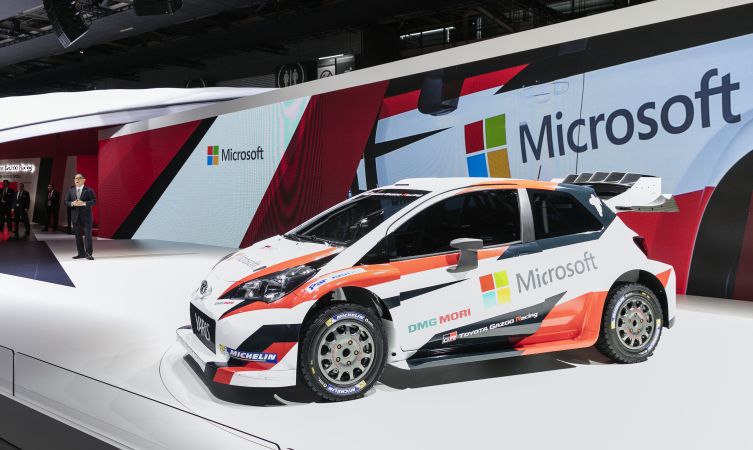 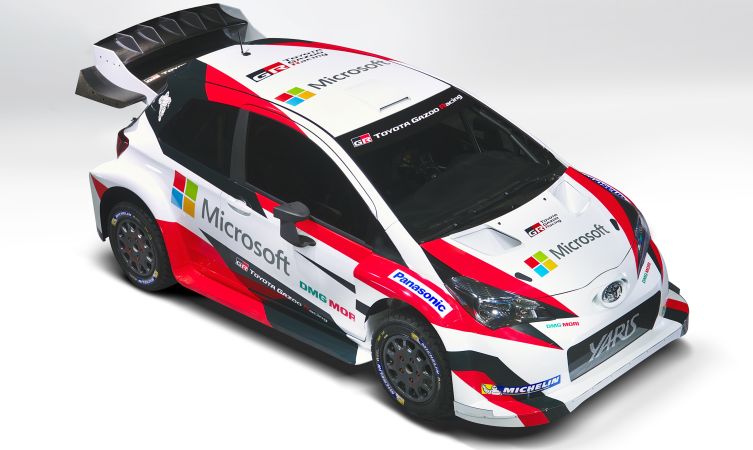 Today’s announcement builds on the existing partnership between Toyota and Microsoft. Most recently, the two companies collaborated on the establishment of Toyota Connected, a new user experience and product-development company aimed at expanding, collecting and analysing large amounts of vehicle data to help further improve quality, safety and the driving and ownership experience for Toyota customers. 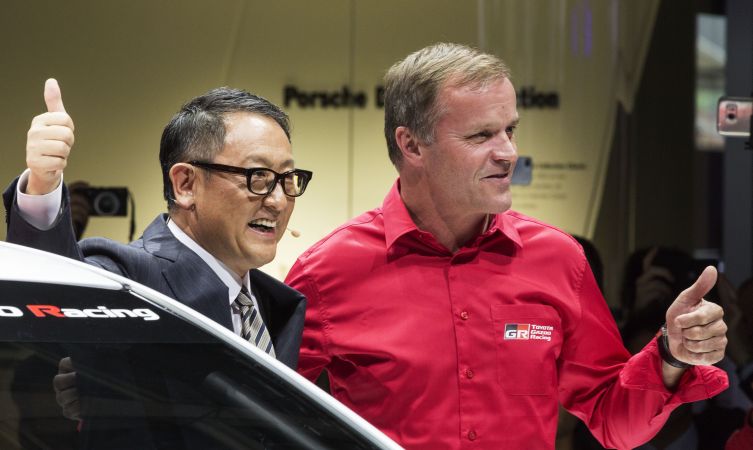 Toyota President Akio Toyoda said: “I believe that, like Toyota, Microsoft aims to enrich society in meaningful ways. Based on the on-going partnership, we aim to further develop our people and enhance our cars through the use of IT in motorsports to promote ‘ever-better cars’.”

Toyota understands the important role that information technology must play in order to further accelerate the development of the automotive industry. Gathering valuable data will help lay the foundation for the future of sustainable mobility. This, in turn, will help create a society in which everyone can live at ease, safely and freely. 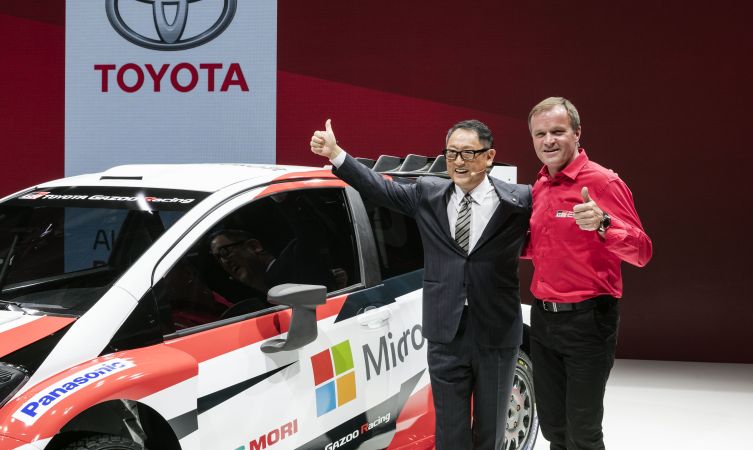 Another important contributor to a safer automotive future is the Toyota Research Institute (TRI), which is focused on artificial intelligence for automobiles, robotics and scientific discovery. TRI is bringing to life Toyota’s vision of autonomous driving, which follows a double approach.

The first type of application is Chauffeur Mode, where the car is fully autonomous. It has the potential to offer mobility to those who would not otherwise have it, such as older people and those with special needs. In order to accomplish this safely, it is estimated that some 14.2 billion kilometres of testing, including simulation, are required. Microsoft is an important partner in the test-mile accumulation, since a lot of the work can be done through multi-agent simulation. 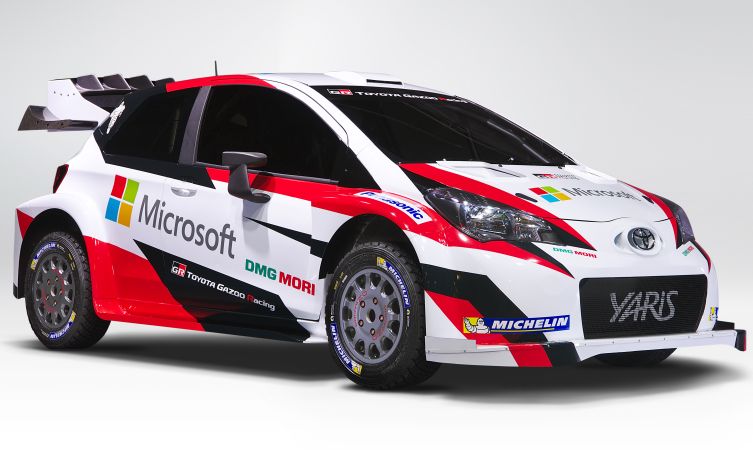 The second application of autonomous driving that Toyota is pursuing is the Guardian Mode or high-level driver assist. This technology is a further evolution of current safety mechanisms such as Toyota Safety Sense, and is designed to support the driver as necessary, even taking over the car in certain circumstances. The knowledge that they have this safety net will enable customers to enjoy their drive to the fullest.

The Toyota Research Institute, Toyota Connected and Microsoft are united in their efforts to use cutting-edge technology to establish safer, cleaner and more convenient mobility.

The Yaris WRC test car that was driven on the Paris motor show stage by four-time WRC champion Tommi Mäkinen didn’t only reveal Microsoft as the technology partner for the Toyota Gazoo Racing WRC team.

In addition to Michelin, who is the team tyre supplier, the car also carried the logos of the DMG MORI and Panasonic Corporation, two companies that relate to Toyota’s vision on motorsport, and that have partnered with Toyota for its 2017 WRC endeavour.