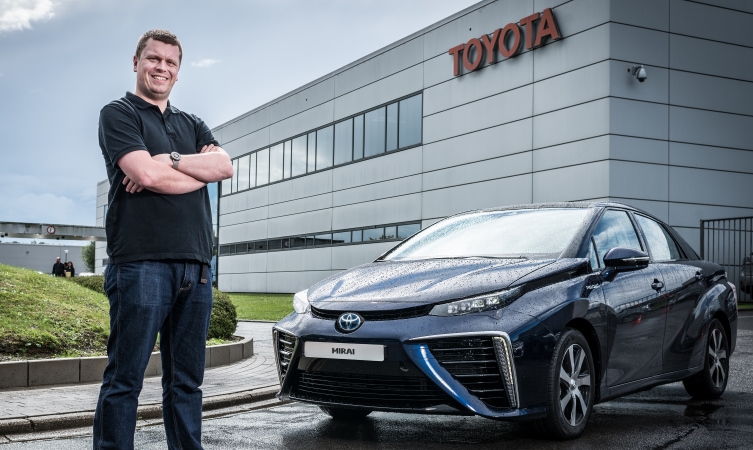 After experiencing all aspects of the Mirai on their continental adventure, we caught up with each of the lucky participants to get their first impressions of the future of motoring. Here we chat to Toyota enthusiast Lee Groom:

TB: Why did you want to experience the Mirai?
LG: For me, it was a chance to experience a different way to travel efficiently, compared to petrol, diesel or traditional hybrids. I was also interested to see how it compared to other vehicles like the BMW i range and the Renault ZOE – it was comprehensively better than almost all of those!

Very impressed by the #Mirai this morning. Very smooth. Beautifully made and all it makes is water. pic.twitter.com/k8W6yls82x

TB: How did you like the exterior design?
LG: I really liked the nose of the car back to the B-pillar – it’s sharp and angular in a modern way. There’s a good balance of form and function with the intakes and sculpted pieces from the headlights back to the doors.

TB: What about the interior design?
LG: I really liked the interior! It felt very modern, with some great touches such as the heater controls. The stacked dash looked good and was intuitively positioned to display the right information to the driver, in the right place.

TB: What impression did you get about the Mirai’s build quality?
LG: The car felt very well put together, possibly feeling more like a Lexus than a Toyota (in a good way!). I liked the fact it felt like a premium product – the quality of all the touch points and user interfaces made it feel high quality.

TB: How did you feel the first time you sat behind the wheel?
LG: Excited about driving the car as it is something new! I was also impressed by the quality of the car, how light it felt and how good the visibility was.

TB: What was it like the first time you accelerated away?
LG: I was impressed by how quiet and effortless it felt. It gained speed well and felt stable at the 120kph limit on the test track.

TB: How did the Mirai feel through the corners?
LG: Although it was difficult to tell on the test track, the Mirai felt reasonably composed. There was some body roll, but no worse than competitors and its steering was keen to turn in and felt direct, but a bit light on feedback. However, that’s not necessarily the point of the car and it performed as well as many of its more conventional front-wheel drive rivals.

TB: What about under braking?
LG: It has the best brakes on a hybrid or electric car this side of the BMW i8. A good firm pedal, and easy to work out how hard the brakes were working and how they were going to stop you. It’s the first hybrid/electric car I’ve driven that didn’t feel like there was interference from the energy regeneration during braking! This is a great characteristic as it has previously undermined my confidence in heavy braking in other hybrids. 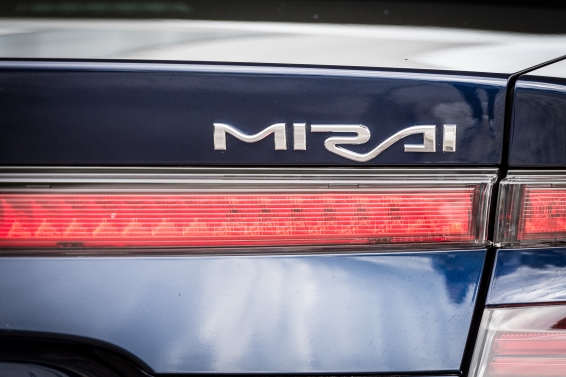 TB: What was it about the Mirai that impressed you most?
LG: The fit, finish and feeling of quality from it. As soon as you approached and sat inside, it felt high quality – as I said previously, possibly even more like a Lexus than a Toyota. For a pre-production car, it was incredible.

TB: What was it that most surprised you about the Mirai?
LG: How it drove. It felt different to a conventional car, but in a good way!

I think it will push boundaries and force some interesting discussions to be had.

TB: Did Mirai change your opinion about the future of fuel cell cars?
LG: Yes. While I had read about the Mirai, I wasn’t entirely convinced it would be viable as a production car, but after driving it and hearing the tech briefing, I think it has a place in motoring.  I think it will push boundaries and force some interesting discussions to be had.

TB: What is your expectations of the popularity of fuel cell cars?
LG: I think there will be a slow burn initially – it will take time to convince people that they’re safe and viable alternatives to conventional cars. But as the Prius has shown, over time this will happen.

TB: Is there anything else you’d like to share?
LG: I was thoroughly impressed by the Mirai. It drove better than I expected it to and was a lovely place to travel. I have concerns about the infrastructure at the moment, but Toyota are being sensible with their roll out of the car for this reason. My thanks again to Toyota GB and Toyota Europe for the opportunity to drive the Mirai and do the road trip – it was a fantastic experience!