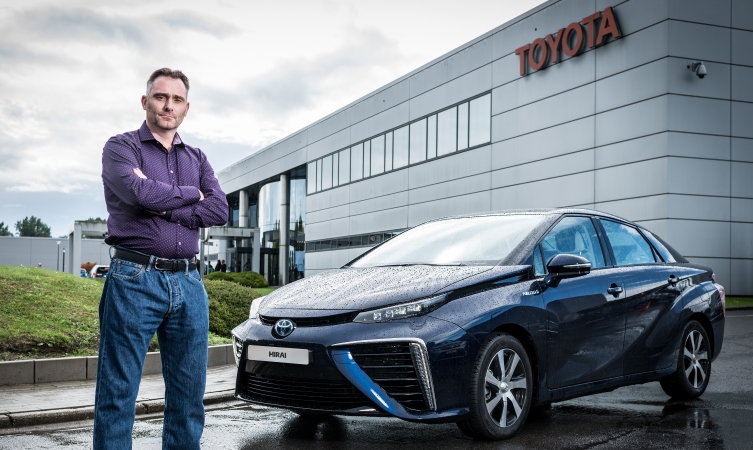 After experiencing all aspects of the Mirai on their continental adventure, we caught up with each of the lucky participants to get their first impressions of the future of motoring. Here we chat to EV and hybrid enthusiast Chris Pickup:

Toyota Blog: Why did you want to drive the Mirai?
CP: Because I love hybrid technology and the hydrogen fuel cell is just that, and it will be a big part of everyone’s lives for sustainable energy in the future.

TB: What did you like about the exterior design?
CP: I personally like the exterior. The back end of the vehicle felt much bigger because the front end was a lot lower and more aerodynamic.

TB: When you first sat behind the wheel, how did you feel?
CP: I felt that this is the future, and was very excited for it.

TB: What impressed you when you first accelerated away?
CP: I was impressed by how quiet and responsive it was.

TB: And how did it feel through the corners?
CP: The steering was very responsive and at normal speed it cornered very well.

It shows the whole world that a hydrogen fuel cell car can be done and Toyota is leading the way in fuel cell technology.

TB: What impressed you most about the Mirai?
CP: That shows the whole world that a hydrogen fuel cell car can be done and Toyota is leading the way in fuel cell technology.

TB: How did the Mirai most surprise you?
CP: I was surprised at how big it was. It felt more like a luxury saloon car and not your everyday consumer vehicle.