After Tuesday’s glorious drive, we awoke to signs that day six was going to be different. The rain and wind built steadily until we left our overnight stop at Nolton Haven on the far west Pembrokeshire Coast, by which time the weather was officially filthy.

Having made the most of the Prius’ all-electric EV mode late on Tuesday to negotiate some of Pembrokeshire’s wonderfully up-and-down lanes, there wasn’t much left in the car’s battery, so Simon’s consumption figures were a bit harsh as we worked our way back to the A-roads. Having to use air con to demist – and headlights to be safe – didn’t help either, but before long we’d arrived at FRF Toyota Haverfordwest. 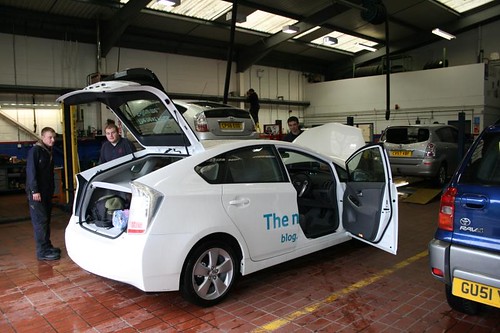 There we met a bunch of enthusiastic Toyota mechanics, who couldn’t wait to have a look at the car’s oily bits. Salesman Rowan happened to be with a Prius owner who had passed by the dealership with his second-generation T4. Both went out on the road with Simon while I enjoyed a coffee with the front-of-house staff and talked about the car scrappage scheme.

With the weather looking to have set in, we set off for Swansea and ran into more bad luck, with saturated road surfaces, roadworks and stationary traffic defying any attempt to improve our economy figures. Still, our day brightened when we rolled in to FRF Motors Swansea at lunchtime and three staff members practically ran out of the office to get a look at the Prius, before getting inside for a brief test drive. 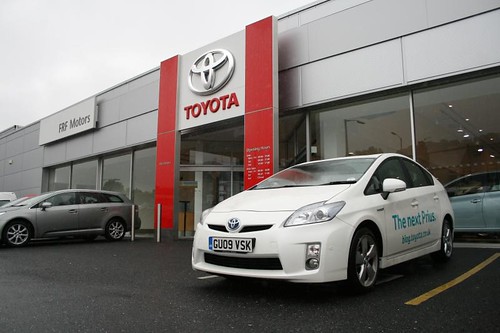 From Swansea, the long road home. With rain still hammering down, it was my turn to experience less-than-favourable driving conditions, and it took me some while to nurse the Prius’ consumption up beyond 60mpg as we crossed the Severn back into England. Although looking at the queues coming into Wales along the M4, we counted ourselves relatively lucky. 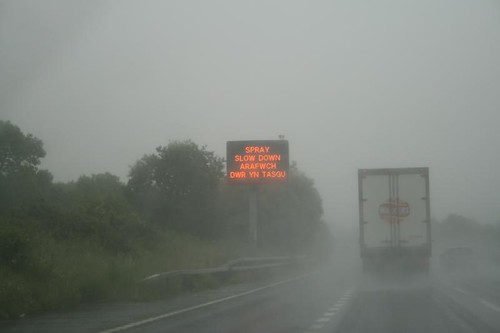 After 120 miles we paused at Membury, and Simon took over for the last leg. With the day’s relentlessly rotten weather having pulled the mpg downwards, and overall fuel consumption for the trip running at 70.16mpg, it was make-or-break time for our goal to beat the official fuel economy figures.

Fortunately, for the first time in the day, the skies began to lighten, and by the time we had dropped down on to the South Coast, Simon was comfortably maintaining around 75mpg on his final stint. But was it enough?

After more than 1,800 miles, the computer’s indicated range fell to zero. Simon and Alex had found on their two previous refills that there seemed to be at least five litres or so left when this happened, but so close to home after such a long journey the last thing we wanted was to run out of petrol, so we refuelled at Worthing – 37 miles from the car’s final destination. 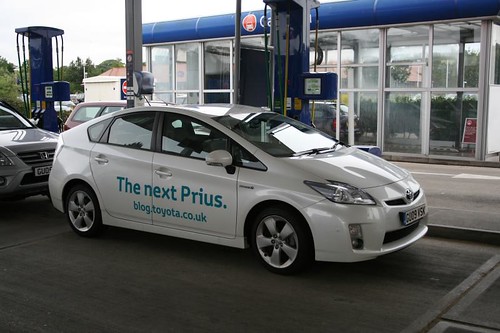 So did we beat the 70.6mpg we should have got from a Prius with 17″ wheels? Will it, as D Simons wondered, really go as far as the figures say? Over to statistician Simon for the final results…